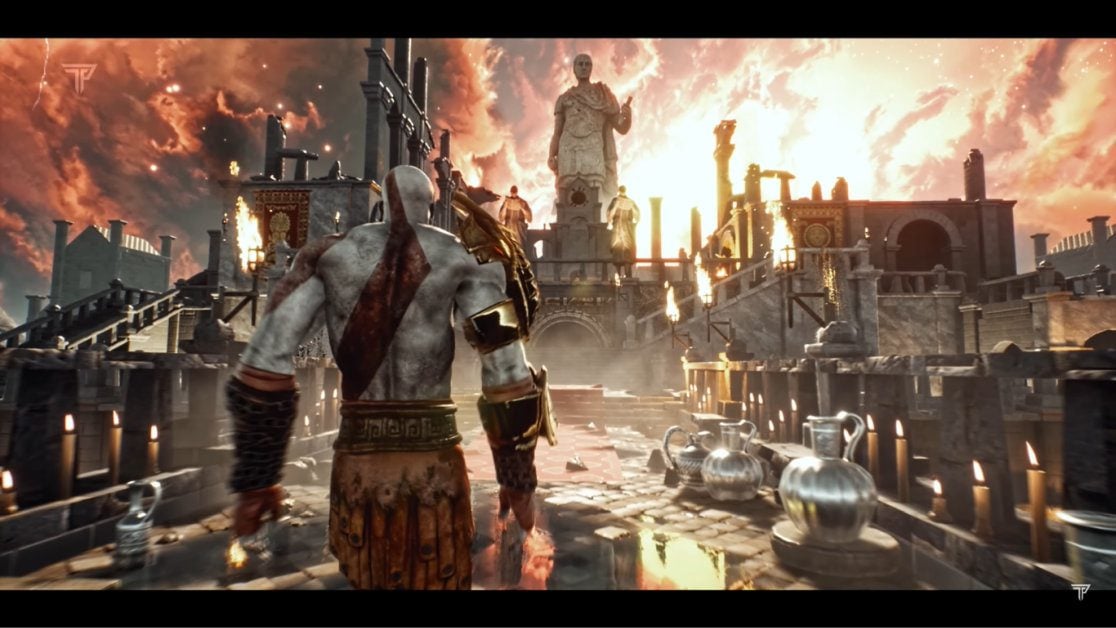 This God of War remake using Unreal Engine 5 looks incredible. Like seriously, can we have this remake, please Santa Monica?

The God of War concept is once again created by the talented TeaserPlay, who regularly uploads concept trailers for many games that we wish would one day happen.

As with most of TeaserPlay’s videos, this God of War remake concept trailer gives us a taste of what could be.

While the trailer features no combat, it does feature old-school Kratos taking a stroll around Olympus. In it, we see Kratos’ father, the mighty Zeus, as well as a few potential enemies.

We want this remake!

Furthermore, the visuals in the trailer are truly amazing and feature wonderful implementation of ray-tracing reflections and shadow effects. The Kratos character model also looks fantastic being a younger version of the 2018 release and of course, he wields his iconic Blades of Chaos.

We’re not sure what Santa Monica Studios plans to do after the release of God of War Ragnarok. However, if they don’t plan on releasing the third entry in this reboot (of sorts), then I would love them to remake the 2005 original.

Did you order the Jotnar Edition?

In related God of War news, stock for the elusive Ragnarok: Jotnar Edition was swiped by resellers to sell for greedy profits on websites such as eBay.

In case you’re wondering what’s available at launch, here are the various God of War Ragnarok editions that are/were available to order.

Are you looking forward to the latest adventures of Kratos and Atreus? Let us know across our social media channels.