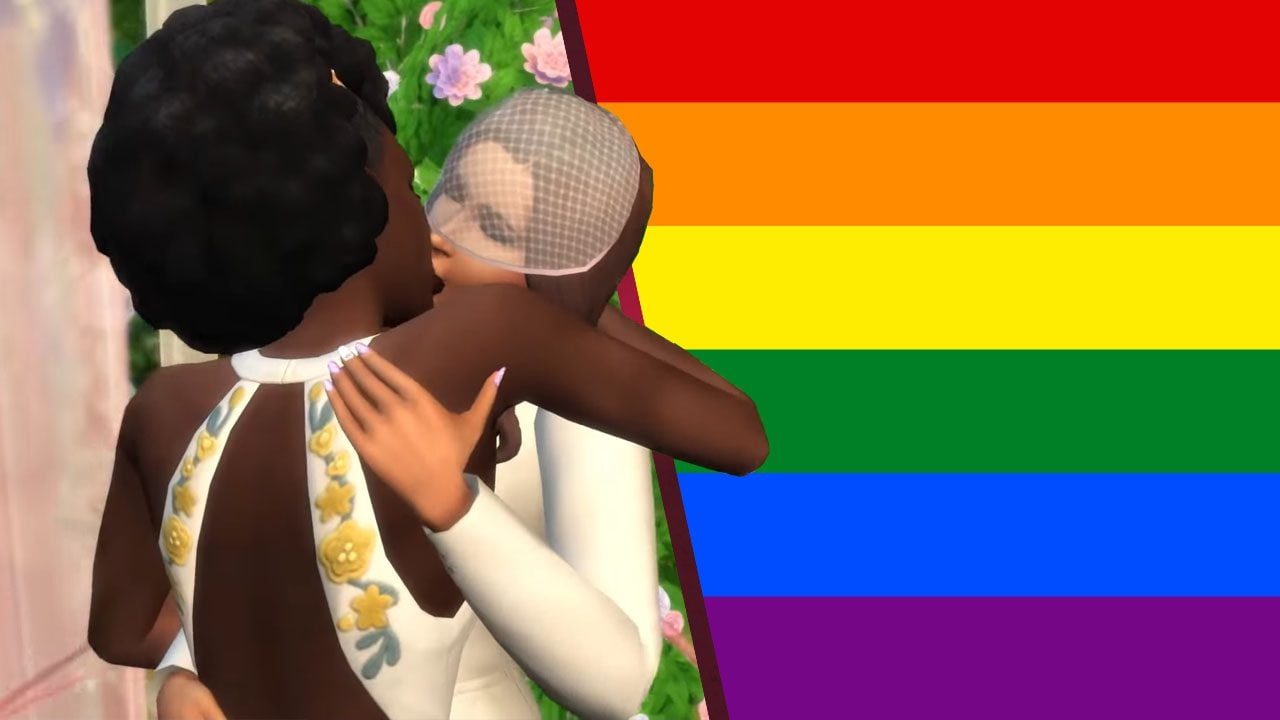 The Sims 4 is becoming more inclusive with a new ‘Sexual Orientation’ update, which is free to all players with the base game.

Last week on the EA website, the design lead for the latest The Sims™ 4 High School Years Expansion Pack announced a new free feature was coming to all owners of the base game, ‘Sexual Orientation.’ SimsGuruJessica revealed the upcoming ‘Sexual Orientation’ feature will allow players to “assign a series of attraction parameters for your Sim.”

What this means is, that while creating your Sim, you can assign what gender your Sim is attracted to. If a Sim who is not that gender starts a romantic interaction with your Sim, they’ll be rejected.

Before this feature, ever since the original release of The Sims in 2000, all Sims were automatically bisexual. It was one of the earliest games where you could romance anyone regardless of gender.

I can’t speak for others, but for me, being able to romance a character of any gender in The Sims (2000) was a way where I could express my bisexuality without the fear of being bullied and harassed. Playing the earlier games helped me start piecing together the fact I was bisexual, to begin with.

But not all of us are bisexual, or pansexual, and so the new ‘Sexual Orientation’ update coming July 28th, can make it so you can make a Sims orientation whatever you prefer.

Within this new feature, you can also modify your Sim to be still exploring their own sexuality. Meaning, that your Sims sexuality can change through gameplay, and not be set indefinitely.

You’ll also be able to set who your Sim is interested in having ‘Woohoo’ with.

This update comes after pronouns were added to The Sims 4 in May of this year. When creating your Sim, you can input your Sims pronouns, or create custom pronouns. Whenever your Sim is referred to in-game, the pronouns you selected will be used.

The Sims 4 might be getting a hugely requested feature

STILL A WAY TO GO

The addition of the ‘Sexual Orientation’ feature helps make the game more inclusive for LGBTQIA+ players, however, the game still only has two gender options. Non-binary people exist and should be represented in the game.

“This is due to technical limitations”, SimsGuruJessica states within an FAQ for the ‘Sexual Orientation’ update.

“TS4 is 8 years old at this point, and reliant on systems that were originally architected with a gender binary in mind. In the intervening years, we’ve taken important steps such as Gender Customization, Pronouns and now Sexual Orientation. It’s a journey still in progress, with many more steps to go. Proper mechanical systems to fully support non binary Sims is another step in that journey.”

There’s still a while to go until The Sims 4 can be fully inclusive, but any updates, especially free to all players, are a welcome change.

At the end of the FAQ within the announcement, SimGuruJessica answers the question many players may inevitably ask, “Can I turn this feature off?”

And her reply is one that not only makes me happy as a bisexual woman in the games industry but makes me want to start playing The Sims 4 again.


“No. While we try to give players the option to toggle certain gameplay features,  LGBTQIA+ identities are a fact of life and not a toggle to be switched on and off.”