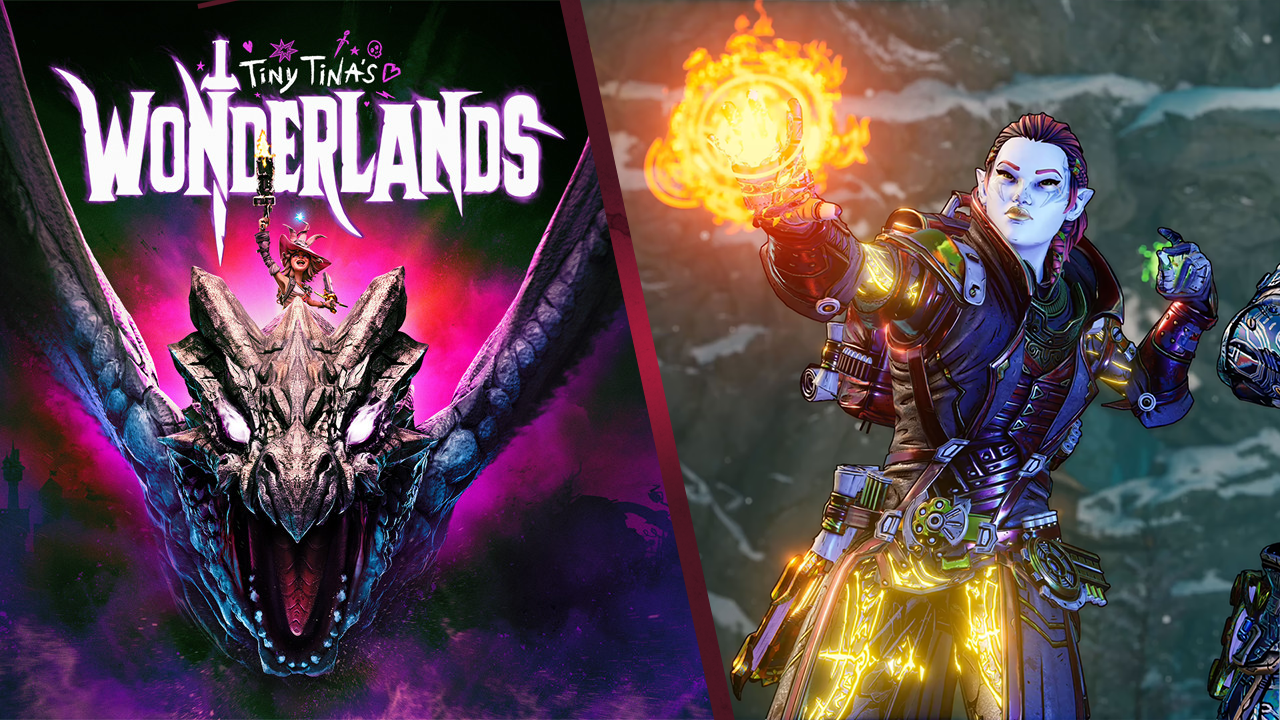 The ultimate spin-off to the Borderlands series, Tiny Tina’s Wonderlands, is out on the 25th of March! On PS4, PS5, Xbox One, and Xbox Series X, you can buy your copy from £44.95 at the GameByte Shop.

What is Tiny Tina’s Wonderlands?

After appearing in Borderlands 2, Borderlands: The Pre-Sequel, Borderlands 3, then a standalone re-release of her Assault on Dragon Keep DLC, Tiny Tina’s finally got her own fully fledged game!

In Tiny Tina’s Wonderlands, you’ll be immersed into a combined first-person shooter and action-RPG experience – either playing solo, in online co-op or local split-screen. Set after Tiny Tina’s Assault on Dragon Keep, Wonderlands is too set in the world of a table-top RPG. With Tina herself as the dungeon master, you’ll be your own created character: letting you choose from six different classes, mix and match skills, and upgradable stats to how you see fit.

With Dungeon Master Tina changing the table-top world on the fly, you’ll have to adapt and overcome the chaos to victory. Using guns, swords, spells, summons (like meteor showers because of course), and even more instruments of chaos, you’ll be ready to take on this unpredictable fantasy world. Roll, shoot, loot, slash, and cast your way to stopping the Dragon Lord!

Where can I pre-order Tiny Tina’s Wonderlands?

You can buy Tiny Tina’s Wonderlands from just £44.95. At the GameByte Shop, you’ll find the standard edition on PS4 and Xbox One. Then, on PS5 and Xbox Series X, you can buy the Next-Level Edition: including a bonus Legendary Weapon (The Apex), Skullantir Legendary Spell, Tyrant Attire Armour Presets, Villain’s Visage Face Preset, Death’s Head Makeup Pack, Emperor of the Dead Banner Set, and Kwartz Hero Statue Material.

Adding to all of those sweet bonuses, you can also enjoy our GameByte Loyalty Scheme free of charge! For every £1 you spend, you’ll build up points which you can later redeem for massive discounts. Here is the full breakdown:

Are you excited to play Tiny Tina’s Wonderlands? Or are you instead planning to pre-order Ghostwire Tokyo? Which is also out on the same day! Let us know on our socials like our Twitter or our Discord.