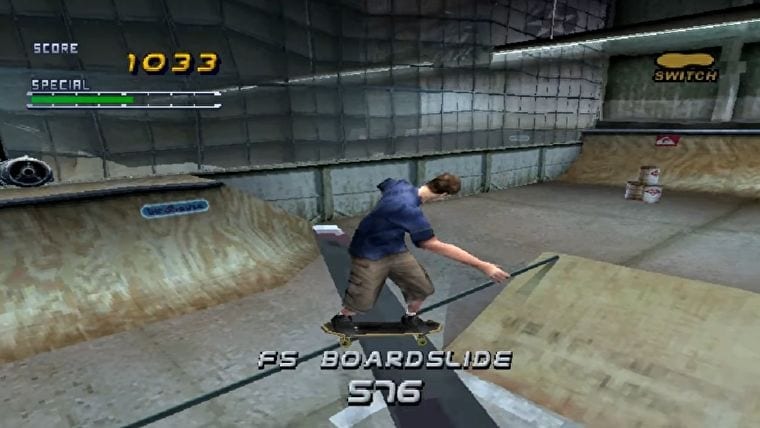 Rumours of a new Tony Hawk Pro Skater game have been swirling for a while now, and yet another insider has thrown his hat into the ring. Pro skater Jason Dill is now the second professional skater to say the game is coming this year – and it doesn’t end there.

Speaking with The Nine Club podcast, Dill told host Chris Roberts that the new game is coming, though he didn’t mention when other than 2020. He said:

“Did you guys know there’s a new Tony Hawk Pro Skater coming out in 2020?…I made sure to add my board to the boards you can pick, because I wanted to be in that sh*t too somehow!”

Check it out in the clip below or watch the full podcast right here. [Note, Dill does name-drop a skater we could be seeing in the game. The audio is a little muffled here, but it sounds a lot like Tyshawn Jones of F*cking Awesome. If we find out more, we’ll be sure to update this].

Dill isn’t the first one to make these claims. Just last month, the band The Death Set shared an update to their Facebook page, where they wrote: “Just licensed 5 new songs to Tony Hawk 2020 game. You’ll be hearing this sh*t soon.”

There was also a similar leak from last year, when a professional skater seemed to let slip her upcoming work on the game.

An interview with professional skateboarder Lizzie Armanto made the rounds, in which she reportedly outright confirmed a new Tony Hawk game is happening.

Chatting on The Nine Club podcast in October 2019, Armanto was asked about her role in the last Pro Skater game, Tony Hawk’s Pro Skater 5. She responded saying “he’s coming out with another one, and I’ll be in that too.”

This came shortly after a known industry insider, known as Sabi on Twitter, also shared some similar knowledge.

Although nothing has been confirmed, this is definitely a lot of evidence! Could Tony Hawk Pro Skater really be getting a new game in 2020? It’s looking likely…