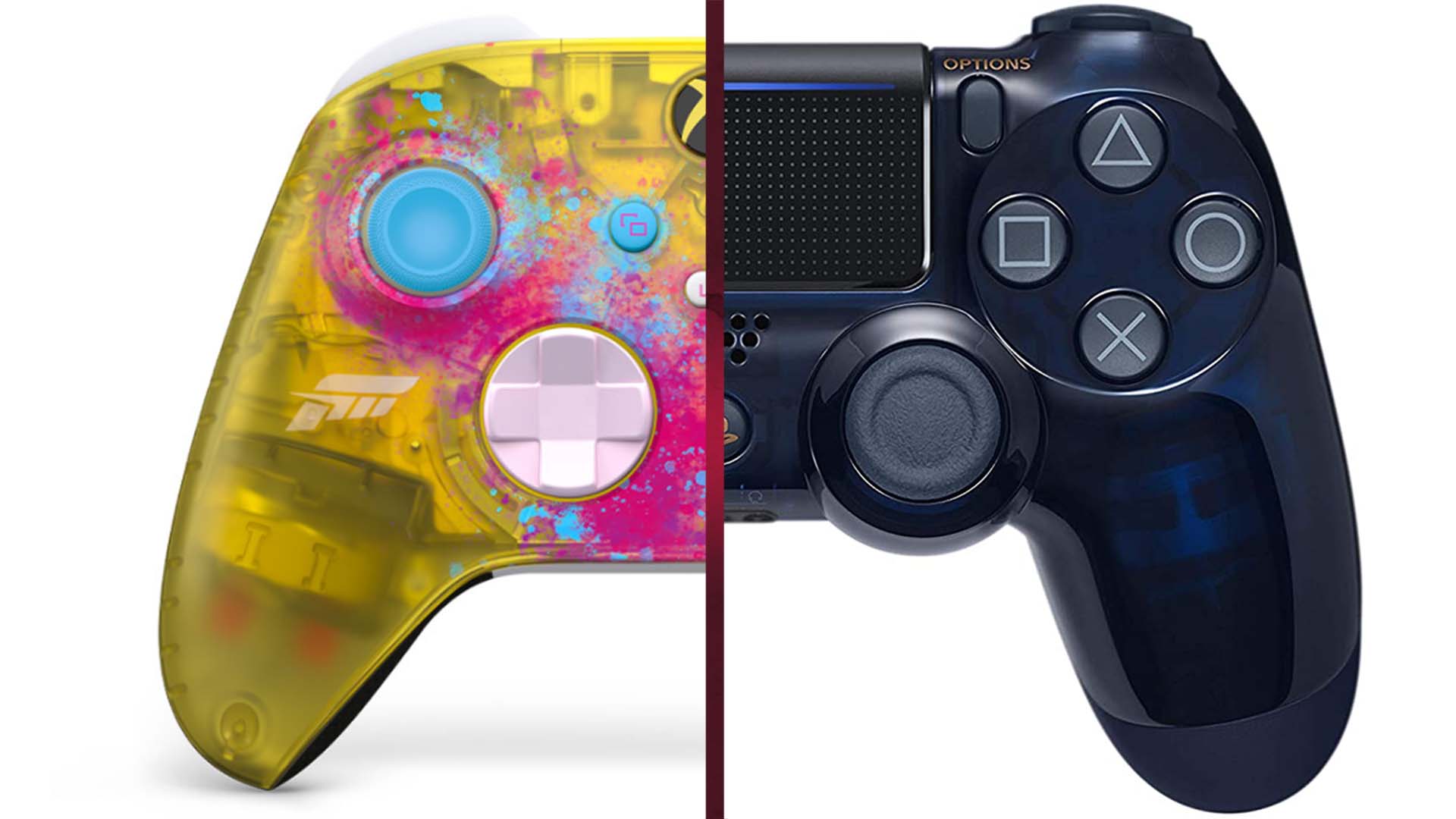 When it comes to flaunting your passion for gaming, there are few better ways than to invest in a limited edition controller. Not only can they show off your love for a particular game series or console, but they can look mighty fine when displayed on a shelf too.

There’s been some absolute stunners over the years, as well as some utterly hideous ones. Here’s a roundup of the 10 best limited edition controllers. Let us know if you have some of these lying around!

Fans of Star Wars will instantly recognise this controller as themed around the iconic droid C-3P0. Built for the Xbox 360, this controller borrows 3P0’s chrome gold material to wrap around the entire pad. It was released alongside the R2D2 themed Xbox 360 console which was complete with its own sound effects.

The bundle released in 2013, right at the end of the 360’s lifecycle. With the Xbox One quickly overtaking the 360 in support, this limited edition controller went a little under the radar. I tell you what, though – I don’t fancy trying to keep this thing clean. That glossy plastic looks as though it’ll get especially grubby quite quickly!

Sticking with the Xbox 360, let’s look at a controller that actually looks functional. The Official Halo 3 Spartan Wireless Pad is, put simply, a work of art. Sporting a gorgeous decal of Master Chief and a Warthog on the grips, it’s the perfect accessory for those who’s stomping grounds were Halo 3.

Our very own Olly Smith, editor of GameByte, owned one of these back in the day. While it served him well for many years, it’s sadly no longer in his possession. They can still be picked up for around £30 these days, though. I don’t fancy going back to that old 360 d-pad though!

Owning this truly awful controller was a rite of passage back when i was a nerdy kid. It turns out that there’s quite the overlap between people who like video games and those that like Doctor Who. That must be why the BBC and Nintendo decided to release this snazzy looking Wii Remote shaped like the 11th Doctor’s sonic screwdriver.

While it certainly looks the part, I can tell you first hand that it’s awful to actually play games with. Stylistic design has totally been placed above ergonomic comfort here. The unit plays special sound effects taken straight from the show, but that’s not enough to make you want to play games with it. The sonic screwdriver Wii Remote is definitely one to keep on the shelf rather than in the hand.

Speaking of totally dysfunctional controllers, who else remembers the custom Resident Evil 4 controller for the PS2 and GameCube? This absolute unit of a controller is another design that clearly puts form over function.

It’s shaped like a huge chainsaw with the sticks and buttons all situated on the handle. It honestly looks like the most uncomfortable controller imaginable. Still, for a die-hard fan of Resident Evil, this is a must-have collector’s item.

This one’s laced with far less nostalgia than the other items on this list – it only released in November 2021! Nevertheless, it’s one of the prettiest limited edition controllers that we’ve seen in a long while.

Themed around the ever colourful Forza Horizon 5, this neon yellow pad has splashes of colour strewn across its front. That design would be striking enough, but the plastic body is also translucent to add to the effect. It’s a unique design throwback to the early 2000’s when third party controllers went all in on this aesthetic. Maybe there is a bit of nostalgia attached to this controller after all.

Another recent controller that plugs on the strings of nostalgia is the Xbox Series X|S controller designed to celebrate the 20th anniversary. This also borrows the translucent plastic material so you can see all of the inner workings as you play. Not that you should be looking down at your hands in the middle of Halo matches – those frags aren’t going to earn themselves!

The subtle green accents really bring this pad together, and a small insignia indicates the celebration that the controller is intended for. If you look carefully, you’ll even find a sneaky signature from the head of Xbox, Phil Spencer. It’s located on the inside of the battery cover along with the company mantra of “When everybody plays, we all win”. How wholesome!

Let’s keep the topic of anniversaries going, shall we? Sony also released a special edition controller to celebrate PlayStation’s own 20th anniversary back in 2015. This gorgeous pad borrows the original grayscale colour scheme from the original PlayStation. It’s an absolute delight for anyone who used to own that classic console. The main power button even features the original colour scheme. A neat touch!

Another PlayStation DualShock classic, Sony released a special edition controller to celebrate surpassing 500 million sales of PlayStation consoles. Of all the controllers on the list, this one might just be my favourite. It follows the typical design of DualShock Controllers but is styled lavishly in a deep blue colour.

Just like a few other controllers we’ve looked at, this borrows the translucent plastic design from decades gone by. That means you can see the rumble motors at work – a glorious sight to behold. You’ll be lucky if you can find one of these today, though. They’re incredibly rare and sell for a hefty price if you buy one second hand.

I’m not going to lie, I’ve got no segue for this one. I’m also cheating slightly because they aren’t limited editions, per se. But I couldn’t write a list about wacky controllers and not include these monstrosities.

Designed for the PlayStation 2, these Nickelodeon themed controllers at least look functional. However, they do look like the sort of controller that would be reserved exclusively for Player 2. That, and they’d look alright on a collectors shelf.

I’ve saved potentially the worst for last. The SEGA Dreamcast controller already isn’t the most visually appealing controller out there. However, someone had the ingenious idea to make it look even worse.

I can’t imagine that many people would unironically like a leopard print version of the Dreamcast controller, but here we are. Who knows, maybe it’s just a product of its time and they were actually all the rage! Definitely not in 2021, though. Can you imagine the thought of Sony releasing a limited edition leopard print DualSense controller? It sends shivers down my spine.

Do you have a favourite limited edition game controller? Let us know across our social channels!