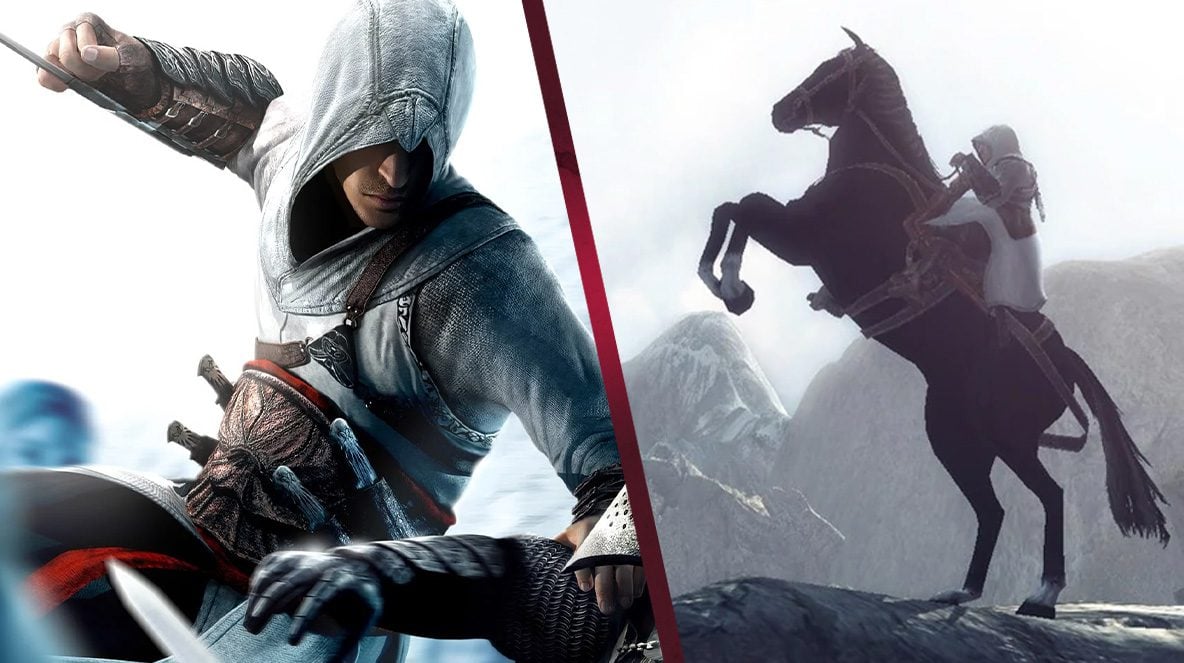 A former Ubisoft developer has recently revealed a disturbing but interesting detail about Assassin’s Creed horses in the original 2007 game.

Throughout industry history, the challenges of video game development have remained constant as technology evolves. Even in modern titles like 2020’s The Last of Us Part II, everyday objects like doors can be hard to perfect. These sort of obstacles were definitely no surprise then to Ubisoft developers in 2007 when kicking off the Assassin’s Creed franchise.

The Problem with Assassin’s Creed Horses

Charles Randall, a former developer at Ubisoft, recently took to Twitter to share the story of a workaround they had when facing technical limitations in creating horses in Assassin’s Creed 1.

It turns out, “the horse in AC1 was just a twister f***ed up human skeleton, because our tool chain only worked with biped in 3ds max”, says Randall. So, since the development software Ubisoft were using at the time only allowed worked using bipedal assets, creatures which walk on two feet, the team ended up morphing a human skeleton until it looked like a horse. Neat!

That example of intuition was but one example of improvisation Randall shared on the same Twitter thread. Another problem the team had was with Malik, the one-armed member of the Assassins Brotherhood. Since there wasn’t enough money in the budget to create a custom skeleton, the missing arm was merely depicted by turning one on Malik’s avatar inside out, which Randall stated you could see if you got the camera to clip into him.

Did you ever try to ride your horse or run through the edge of the map to only get instantly killed? Well, that was down to Randall as well. Saying that “in AC1, there was always a new way of getting your character through level boundaries, allowing you access to places you shouldn’t go”, it was a simple yet effective fix he was more than happy to implement.

It’s an interesting time for Assassin’s Creed. Just recently, fans have started to think Ubisoft is teasing a remake of the first game – after celebrating the 15th anniversary of the franchise. Are you hoping for a remake of this historic game? Let us know on our social channels!

You can buy Assassin’s Creed Valhalla, the latest game in the series, from £27.95 at the GameByte Shop.