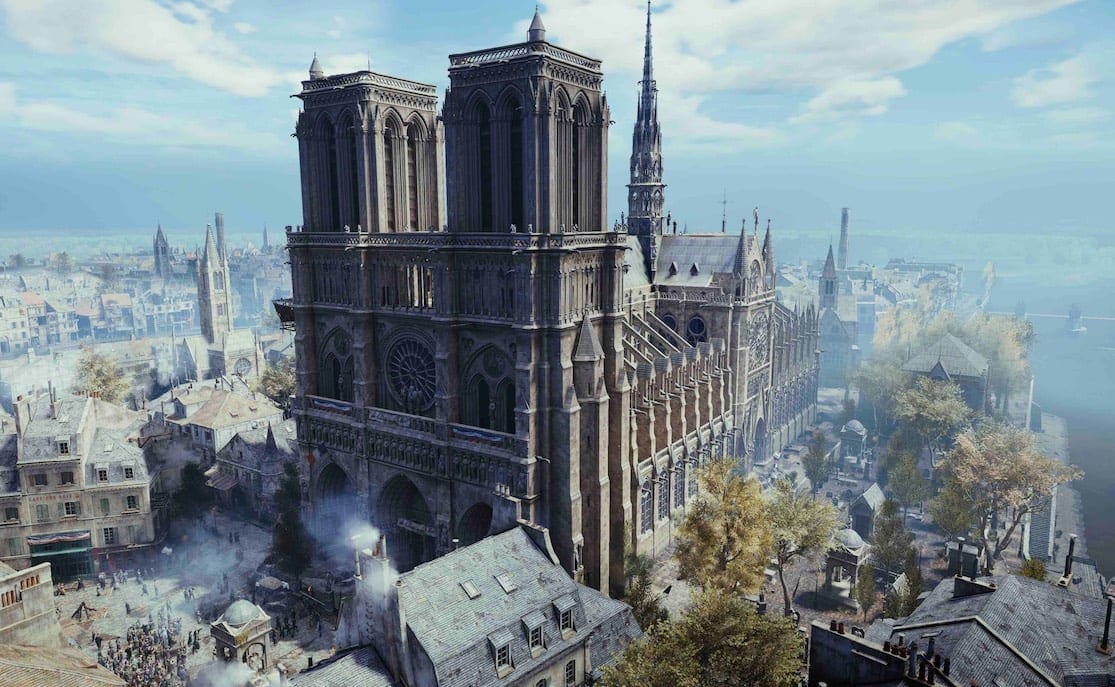 Ubisoft has spoken out in light of the news thatAssassin’s Creed: Unity will be instrumental in the rebuilding of Notre Dame cathedral.

The cathedral, which is more than 800 years old, suffered from a devastating fire earlier this week. As one of France’s most important historical buildings, the world was left heartbroken by the news.

It was reported that Ubisoft’s Assassin’s Creed: Unity, which features a hyperrealistic version of Notre Dame, would play a role in rebuilding the structure thanks to its attention to detail.

Ubisoft has now officially commented on the news in a heartfelt press statement that reads: “As the smoke clears on the events that unfolded on Monday at the Notre-Dame de Paris, we stand in solidarity with our fellow Parisians and everyone around the world moved by the devastation the fire caused.

“Notre-Dame is an integral part of Paris, a city to which we are deeply connected. Seeing the monument in peril like this affected us all.

“In light of Monday’s events, we will be donating €500k to help with the restoration and reconstruction of the Cathedral. We encourage all of you who are interested to donate as well.

“In addition, we want to give everyone the chance to experience the majesty and beauty of Notre-Dame the best way we know how. For one week, we will be giving Assassin’s Creed Unity away free on PC, for anyone who wants to enjoy it. You can download it now for Uplay PC here, or get it directly on the Ubisoft Store here.

“When we created Assassin’s Creed Unity, we developed an even closer connection with this incredible city and its landmarks – one of the most notable elements of the game was the extraordinary recreation of Notre-Dame.

“Video games can enable us to explore places in ways we never could have otherwise imagined. We hope, with this small gesture, we can provide everyone an opportunity to appreciate our virtual homage to this monumental piece of architecture.”

It’s not known how long it will take to restore Notre Dame to its former glory, but the work is aimed to be complete within five years.

For now, it looks like you can visit it in all its majesty in Assassin’s Creed: Unity.