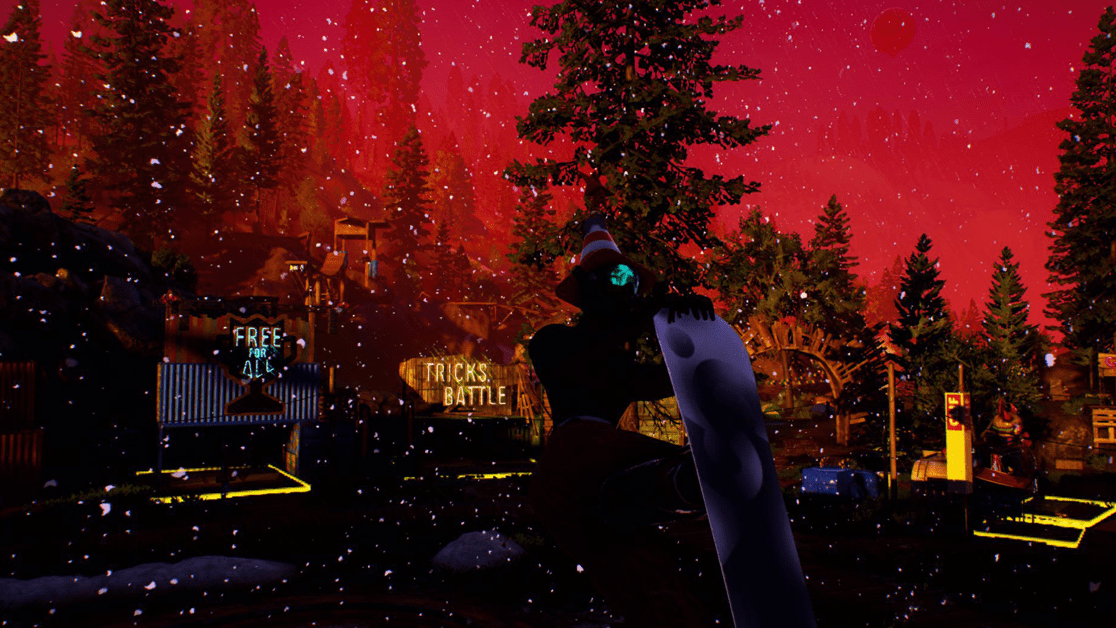 In collaboration with the Playing For the Planet Alliance, players of Ubisoft’s Riders Republic will soon be able to take down in-game forest fires.

In the upcoming months, players of Riders Republic will be able to take down forest fires in-game in an effort to raise awareness of climate change, Playing for the Planet Alliance announced via its website.

Via a mode entitled ‘Phoenix’, the Riders Republic map will soon be updated to contain reconstructions of a real-life forest fire. Players will be dropped immediately into the outskirts of the map, forced to find ways to tackle an all-consuming wildfire.

WHAT’S GOING ON IN RIDERS REPUBLIC?

“The sky will be orange and there will be fire smoke dog throughout the entire game,” writes Riders Republic director Boris Maniora.

Instead of sports gear, players will be equipped with gas masks. In a real wildfire situation, we’d be unable to breathe in certain areas and so parts of the in-game map won’t be accessible to players to match this reality.

Playing for the Planet Alliance launched in 2019 as part of the United Nations Environment Programme. The organisation aims to work with the gaming industry to inspire young people and bring awareness to environmental issues.

By inviting players to partake in Phoenix, Playing for the Planet hopes to get the real-life consequences of forest fires across to the player base.

While Phoenix will be in effect, the entire in-game social hub will have a reskin to put players on high alert to save their familiar setting of Sequoia.

They’ll be able to locate the most flammable areas of the Sequoia National Park through the use of Riders Republic’s photo mode. Using photo-mode will give players information about the size of past wildfires and how dangerous any future ones may be.

Players will have to join together to reduce the spread of the wildfires by wrapping aluminium foil on tree trunks or tidying up paths within the Sequoia National Park forests.

THE REALITIES OF WILDFIRES

In reality, the Sequoia National Park lies south of the Yosemite Valley in California. In the last six years, more than 85% of the park has been burned due to a series of fires. Droughts are becoming increasingly hotter and dryer, fueling wildfires and putting other nearby national parks at risk.

We can’t tell how impactful Phoenix will be in highlighting climate change, however, any involvement the gaming industry has can only be a good thing.

I do wonder how much a big studio like Ubisoft’s involvement with highlighting climate change is surface level. In 2021 Ubisoft announced ‘Ubisoft Quartz’, a platform to add NFTs to its games. NFTs are notorious for their environmental impact.

If you’re a Riders Republic player, expect to be tackling wildfires and learning about their real-life consequences in Phoenix towards the end of the year.

Riders Republic is available on the GameByte Shop starting from £19.95.