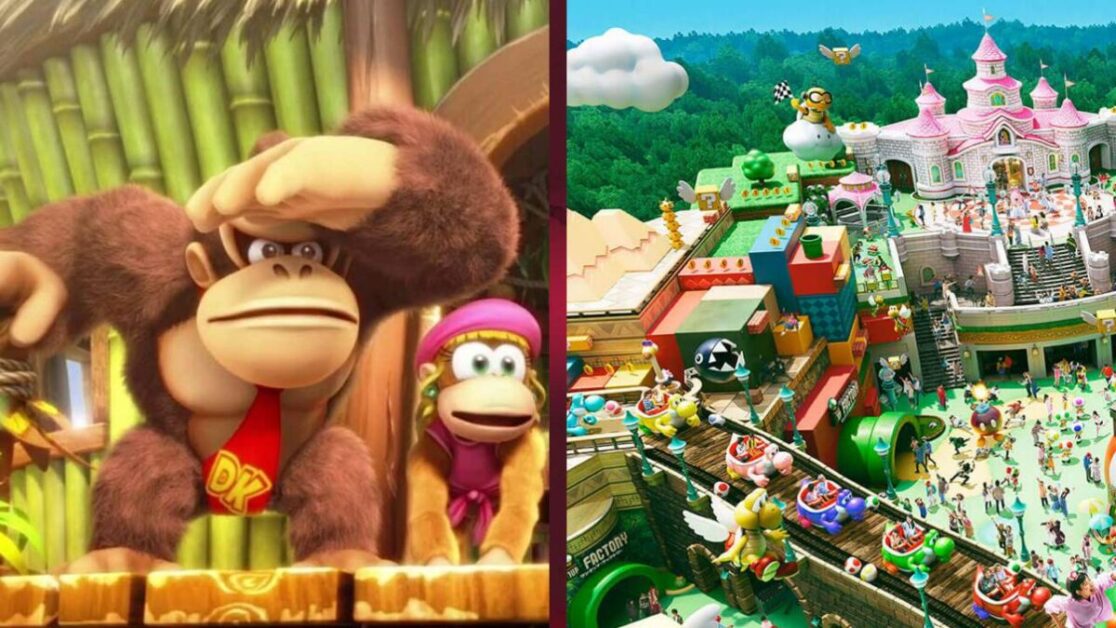 Social media users have managed to catch a glimpse at a new Jungle themed attraction at Super Nintendo World. Could the new area be the park’s unannounced Donkey Kong kingdom? [via VGC]

Spotted by Japanese Twitter users Hibirobo_Disney and PUSJJJJ, Various large cranes are currently occupying Super Nintendo World. While you could surmise that the cranes are a result of general construction commotion, over air shots also reveal that a Jungle themed backdrop is being installed. As you’d expect, this has cause theme park enthusiasts to speculate that the park’s long awaiting DK-themed sector is imminent.

Of course, if you’ve been keeping up with Super Nintendo World’s development, you’ll already be aware of the company’s plans for a Donkey Kong attraction. In fact, the theme park’s concept models previously showed a Donkey Kong area inspired by the likes of Tropical Freeze. This includes a new rollercoaster that’s styled after a rickety mine cart track.

So, what’s actually happening at Super Nintendo World? Well, while Nintendo hasn’t officially announced any plans for a park expansion, it looks like Donkey Kong is getting a place at the park. However, it’s worth keeping in mind that the project isn’t official just yet. Therefore, you should probably reserve your excitement for an official reveal. Although, let’s be honest; it was only a matter of time before the reformed villain emerged on the scene. I mean, he’s been around as long as Nintendo’s denim-clad hero!

Are you excited for Super Nintendo World’s Donkey Kong attraction? Let us know on our social media channels!