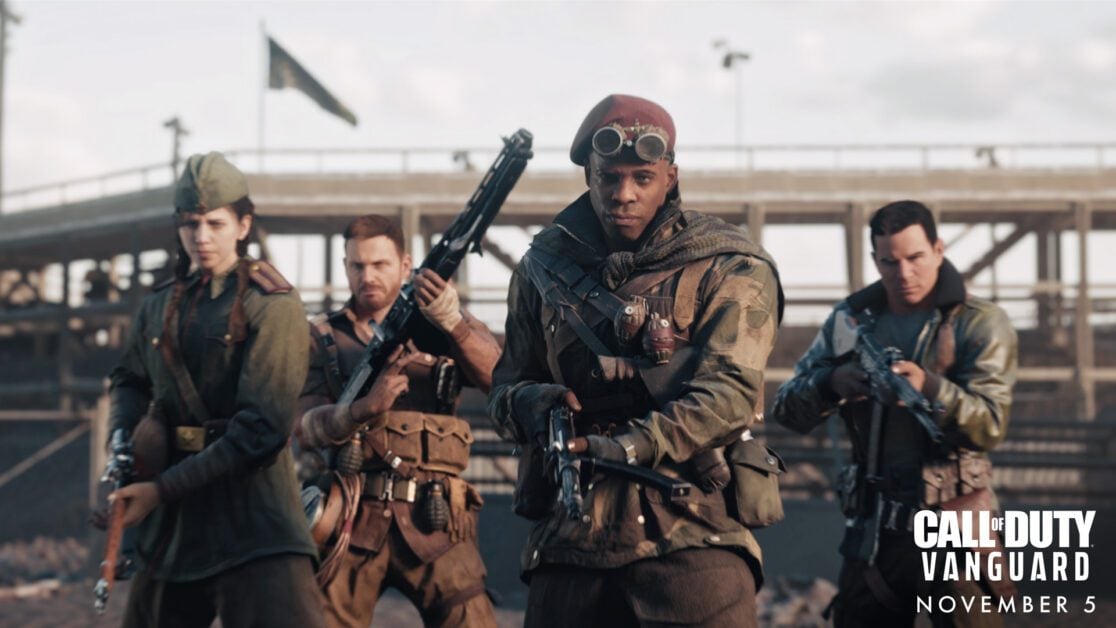 Fans might have been disappointed to learn that Call of Duty: Vanguard hasn’t launched with a proper live service season this time around.

Call of Duty: Vanguard has been out for just under a week now. Players are already digging deep into the multiplayer offerings with early impressions seeming positive. We personally loved how Sledgehammer has approached multiplayer which we explain further in our review.

However, while the multiplayer gameplay seems promising so far, it’s lacking one critical element that Call of Duty fans are used to from the previous two games. Modern Warfare and Black Ops Cold War both featured seasonal battle passes that began on day one of launch. These battle passes provided players with new content to unlock, including new weapon blueprints, operator skins and other cosmetic items.

However, Call of Duty: Vanguard doesn’t have an inaugural season just yet. Switching to the Battle Pass tab will bring up the strangely titled “Season 0” battle pass. There’s 100 tiers included as normal, but less than a month is provided to unlock all of the content. All of the cosmetics are related to either Cold War, Modern Warfare, or Warzone – none of the paid content here is related to Vanguard.

So, that begs the question – when will Season 1 of Call of Duty: Vanguard start? Thankfully, it’s not too far away. Season 1 is set to begin on December 2nd and should hopefully bring with it plenty of new Vanguard content. That’s also the same date that the Pacific themed map will arrive in Warzone.

Much of the Battle Pass is expected to include cosmetic items and new operators, some of which have been leaked already [via RealSport101]. Data miners have uncovered that three new operators are reportedly on the way, two from the USA and another from the Philippines.

New maps are also supposed to add to the already bursting number included in the base game. One of them might be familiar to fans of Modern Warfare 4. A remake of the popular Shipment map will arrive as part of Season 1, but with a slightly earlier release date of November 17th.

Activision has kept remarkably quiet about the full extent of what Call of Duty: Vanguard Season 1 will include. We’ll no doubt hear more about it closer to the release date of December 2nd.

If you’re looking to improve the quality of your Vangaurd multiplayer matches, check out our weapon loadout guides. We’ve got you covered for Assault Rifles, SMGs, Shotguns, LMGs, Sniper Rifles, and Marksman Rifles. In our review for Call of Duty: Vanguard, we called it “another solid entry to the CoD series.“

Are you excited for Call of Duty: Vanguard Season 1? Let us know across our social channels.