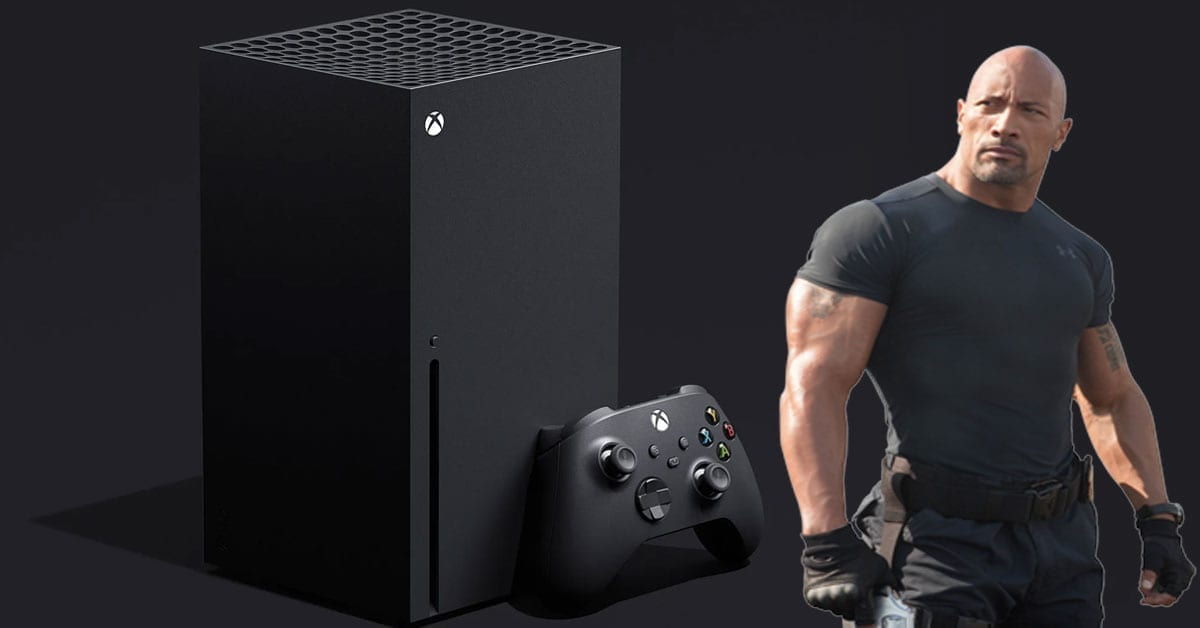 Microsoft has once again teamed up with Dwayne “The Rock” Johnson as they continue to embrace the Xbox Series X fridge memes.

You may remember when the Xbox Series X was revealed in 2020, many fans had compared its look to that of a fridge, which resulted in endless memes.

So to capitalise on the popularity of the Xbox memes, Microsoft sent giant-sized fridges based upon the design of the Xbox Series X to legendary rapper Snoop Dogg, and social media influencer iJustine.

Dwayne Johnson’s fridge is a lot smaller than the ones gifted to Snoop Dogg and iJustine. Johnson shared a video of the box to his Instagram, but hasn’t yet showed off its contents.

So what’s in the box? Thankfully, we already know, as various influencers showed off their packages in now-deleted tweets. We assume that these influencers weren’t supposed to have revealed them yet, as it looks like that’s what The Rock is aiming to do himself.

Along with the mini-fridge, the boxes reportedly include a cool customised Xbox Series X controller, ZOA branded shades, and cans of his energy drink.

The Rock has had a long-standing association with Microsoft and Xbox. Famously, way back in 2001, The Rock revealed the first-ever Xbox with Microsoft co-founder, Bill Gates.

I’m looking forward to seeing The Rock’s big reveal! I would also like to try some of the ZOA energy drinks to see if they give me any of those Rock superpowers, though I don’t think the energy drink will release in the UK anytime soon.