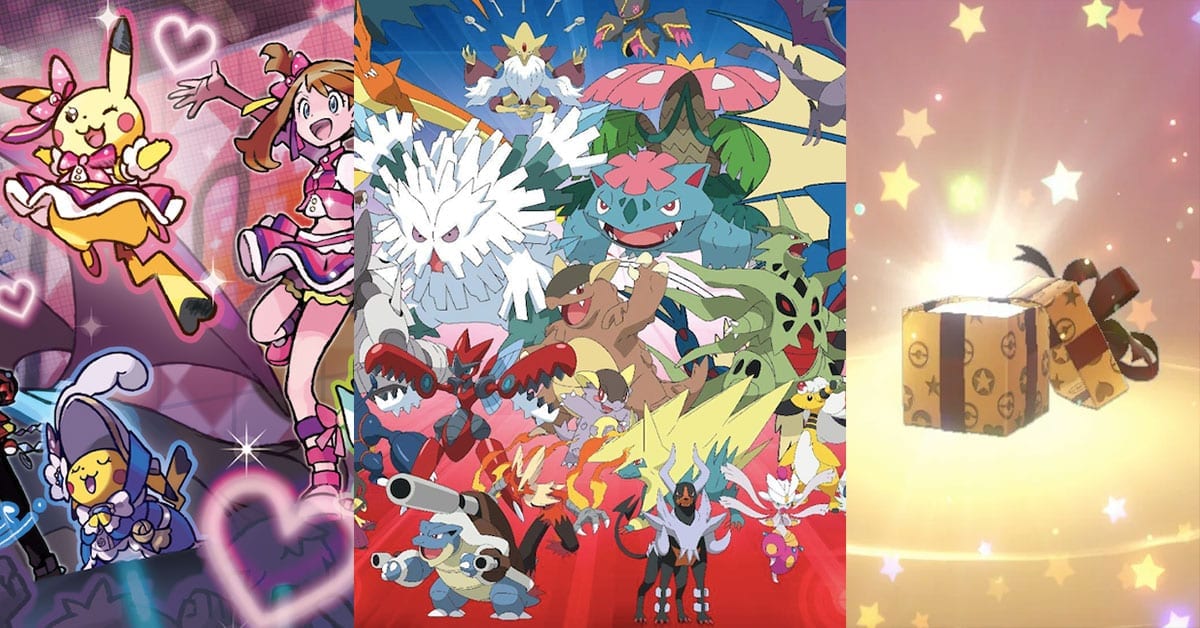 Pokemon has eight generations of games now, and countless spin-offs to fill the years between each release, so it’s only natural that things change along the way. Every region sees a fresh crop of new Pokemon to encounter, and remakes throw in lovely quality of life features that breathe fresh love into old locations. However, Game Freak has the nasty habit of often throwing out as many beloved features as they add as they make each game.

While some make sense, like removing the Game Corner due to gambling concerns, there are rather strange ones. For example, swapping the beloved Player Search System (PSS) from X and Y with the clunky Festival Plaza in Sun and Moon. Sword and Shield took this to a new level, removing a good deal of the Pokemon themselves for the sake of improvements elsewhere. We thought we’d look at some of the lovely features that really improved the Pokemon series … that were promptly cut out and left behind.

Making their grand debut in Ruby and Sapphire, Pokemon Contests got a huge push from the Pokemon marketing team in the anime. Ash’s companions May and Dawn presented this as an alternate life goal to gym battles and leagues, and it really took the hearts of many. The system is surprisingly deep and every move in the game had a contest-based alternate stat to it, which could be the reason they found it difficult to maintain in the following generations. It would be amazing to see a return on a next-gen console to this flashy style of training, especially as we finally have the ability to customise our own outfits at last.

Ball Capsules and Seals were a really nifty idea that didn’t make it outside of generation four sadly. By collecting stickers, you can customise what happens when you send out your Pokemon, similar to the sparkle that shows if they are shiny. Throw out anything from petals and lightning to your name spelt in bubble letters. With the remakes of Diamond and Pearl on the way hopefully we’ll be seeing these soon.

Secret bases feature in all the Hoenn Pokemon games, and they were succeeded by the underground bases in Sinnoh the following generation. This was a great little feature that gave players the chance to build their own custom houses, and customise them to their heart’s content.

The remakes Omega Ruby and Alpha Sapphire made these even better, with so many more features and the ability to turn them into your own private gyms or grinding spots. These would be so much nicer to explore on the big screen, please Game Freak, let players fill the next region we go to with their own secret surprises!

X and Y proudly showed off their amazing new Mega Evolution feature in their marketing and the internet went wild, but it seems Game Freak has soured on these powerful beasts. Ranging from fan favourites to terrible Pokemon in need of fixing, Mega Evolution gave us some really cool designs and some meta-defining battlers. Despite their praise from many and their prominence in the 2010s, Sword and Shield have cut them entirely. Strangely while the main series abandoned them, the phone games GO and Masters have been proudly boasting about adding them in finally, so who knows what the future holds for these powerful titans.

While limited in Yellow, HeartGold and SoulSilver changed the game by letting every single Pokemon in the game follow you around the region, fetching items and acting adorably when spoken to. Fans were shocked to see this removed in Black and White, as most of the overworld sprites were still in the game, and you’d only have had to make a few more to complete the roster.

You may be surprised that this feature is listed here after its grand return in the Isle of Armour DLC, but that’s just the point. While you’re more than welcome to take your partners for a walkie in any of the DLC areas, which are quite sizable to be fair, you can’t access this in the base game whatsoever, and even if you have the DLC you can’t do it in the main region of Galar. This is one of the Game Freak premier marketing tools if it needs to sell a new game, so it would be nice to see it in them all by default rather than having it weaponised for sales.

What’s better than walking with Pokemon? Riding them of course! Being one of the selling points of Let’s Go Pikachu and Eevee this mechanic was amazing. When paired with the decision to present Pokemon to scale, as much as possible, riding led to a really immersive world where you could feel closer to your Pokemon than ever. As long as it’s big enough you can give it a ride, so if you’re in the game experiment and find your favourite mount.

Fans will never not want to visit another region after completing the main game. This is almost never going to happen again, but we will never forget the wondrous chance Gold and Silver gave us to go back to Kanto and take on eight more super high-level gym leaders. While obviously much more manageable on a 2D game than in a huge 3D game’s engine, this is a dream that we would all kill to see put back into a mainline game in the series. Maybe if they ever make a Let’s Go entry again for the Johto region we’ll be able to explore two regions again with lush 3D models.

If you’re strong you’ll survive and you’ll keep your dreams alive in the Battle Frontier. One of the most requested features for a return, the Battle Frontier is the peak of difficult battles when it comes to off-line gameplay. Featured in generations three and four, this post-game content really helps bridge the gap between the Elite Four and the real humans you’ll find online. With cool designs, shiny badges to be won and strange rulesets these were a real treat to a more veteran player. The real shame now is that we can finally EV and IV Pokemon really easily, which means a new Frontier would be much more accessible than before, maybe helping casuals feel confident enough to brave online. Leon’s Battle Tower just isn’t enough for some!

While playing through the main story of any game your team options are normally quite limited, but after the credits roll things tend to open up quite a lot. Whether it be through transferring, postgame areas or DLC content, you can get your hands on loads of Pokemon that weren’t available to you before. However, in Sword and Shield if you bring forward a Pokemon that is in the game but isn’t in the native Pokedex, there will be no new entry in the Pokedex, it’s really unsatisfying. Pokemon getting new entries to the dex adds loads of flavour for returning players. For example the entries for Mega Pokemon, where the Sun and Moon entries seem to view it as a horrifying transformation rather than some shining evolution like in X and Y.

While getting a Mystery Gift in Pokemon Sword and Shield is easier than ever, they have a lot less flare than they used to. While you had to get someone to drive you miles away to a Toys R Us just to download a boat ticket, you would be rewarded for your time with an amazing in-game event. Whether you were discovering Darkrai’s hidden island or the beautiful flower garden of Shaymin, they were almost all new areas you’d never see before in the base game.

While this has its own problems, in terms of locking content already present in the game behind strange time-limited events, it’s a lot more exciting than being banded a level 100 Mew from the delivery man at the Pokecenter. With modern updates they could patch new content into the game unlike before, akin to the new DLC packs, so it would be nice to see a return to proper events over mere distributions.

Can you think of any other features that the next Pokemon game is in desperate need of? Why not check us out on Facebook and on YouTube, and let us know what you think!