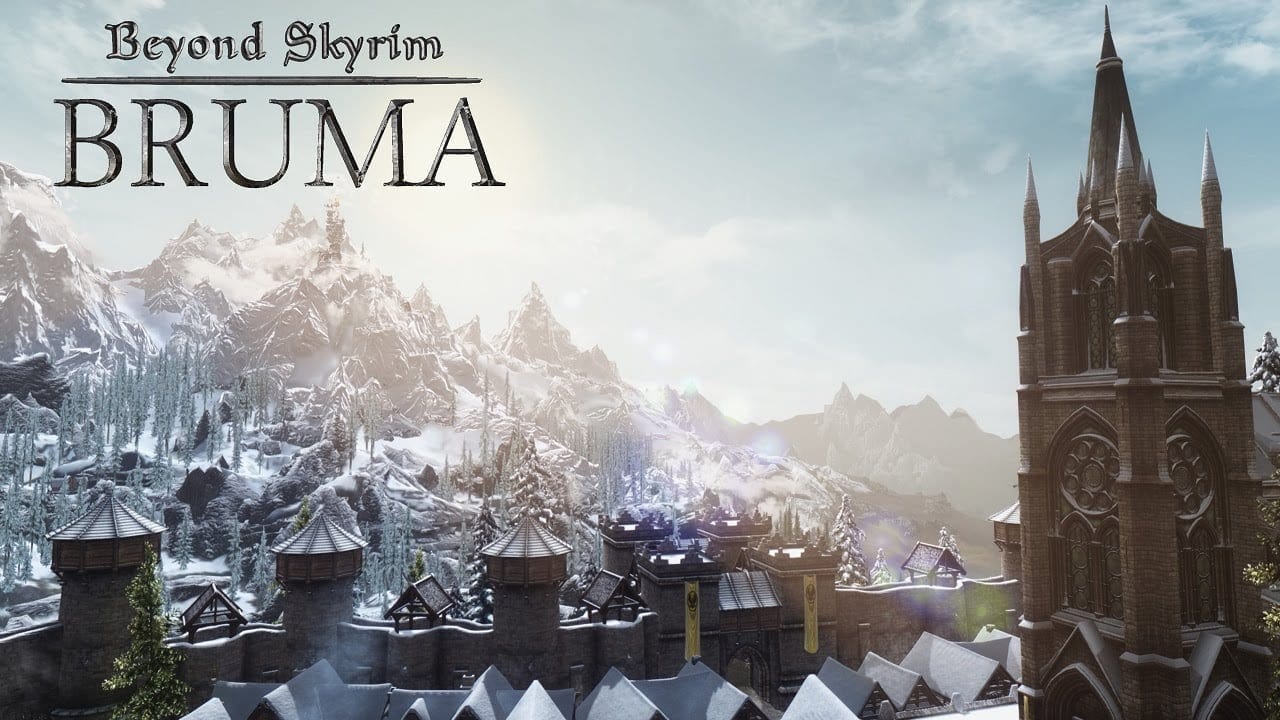 A gigantic modding team is working on creating the most ambitious Skyrim mod ever. It’s called Beyond Skyrim and it will be recreating the entirety of Tamriel in one single game.

We’ve heard about huge total conversion mods for Skyrim like this before, but Beyond Skyrim takes things to another level.

Let’s take a look at everything there is to know about Beyond Skyrim and how long the whole project will take.

Beyond Skyrim Will Introduce Cyrodiil, Morrowind, & More Into One Big World in this Skyrim Mod 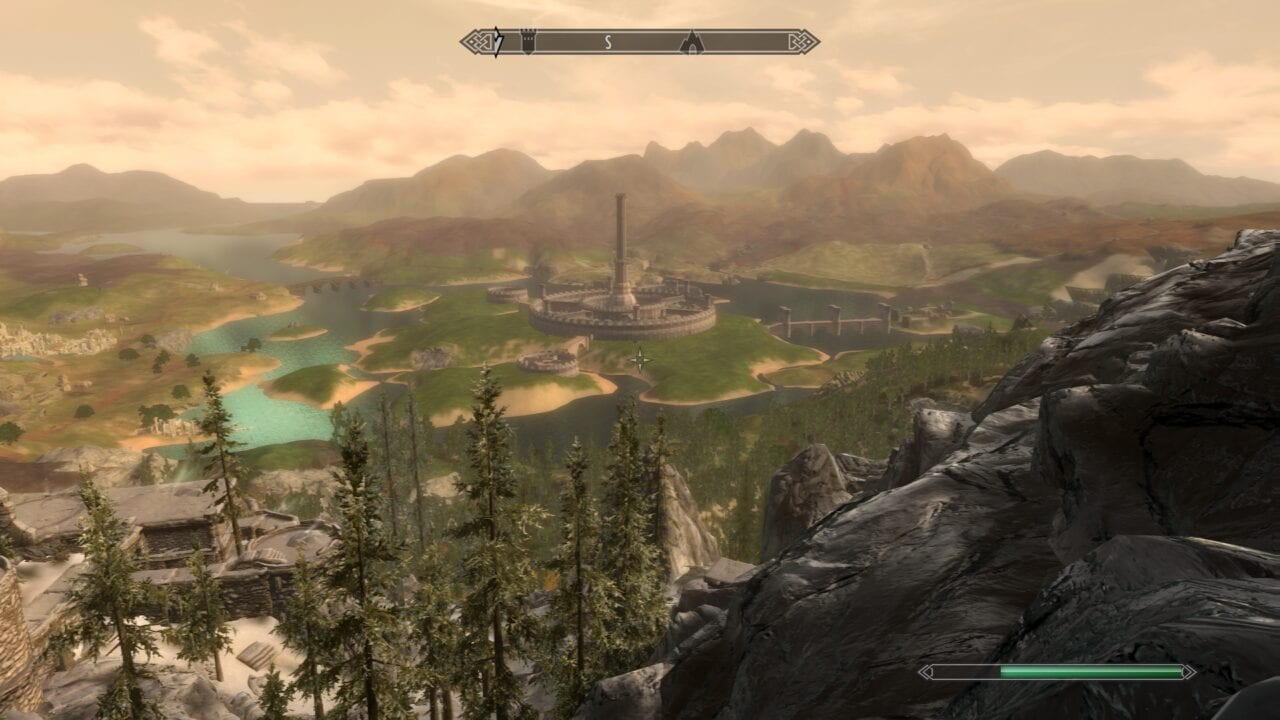 Beyond Skyrim is a very ambitious project that’s going to take a long time to develop. However, the modding team working on Beyond Skyrim aims to release new areas as they are completed.

This means that you’re already able to jump in and get a taste of what Beyond Skyrim has to offer. Currently, Beyond Skyrim includes Bruma – this is a region in Cyrodiil that’s just underneath Skyrim on the Tamriel map.

Currently, there are seven different regions being worked on all of which have been split into aptly named expansions. Below, I’ve provided a description of each of these expansions. You can find more information on the Beyond Skyrim website. 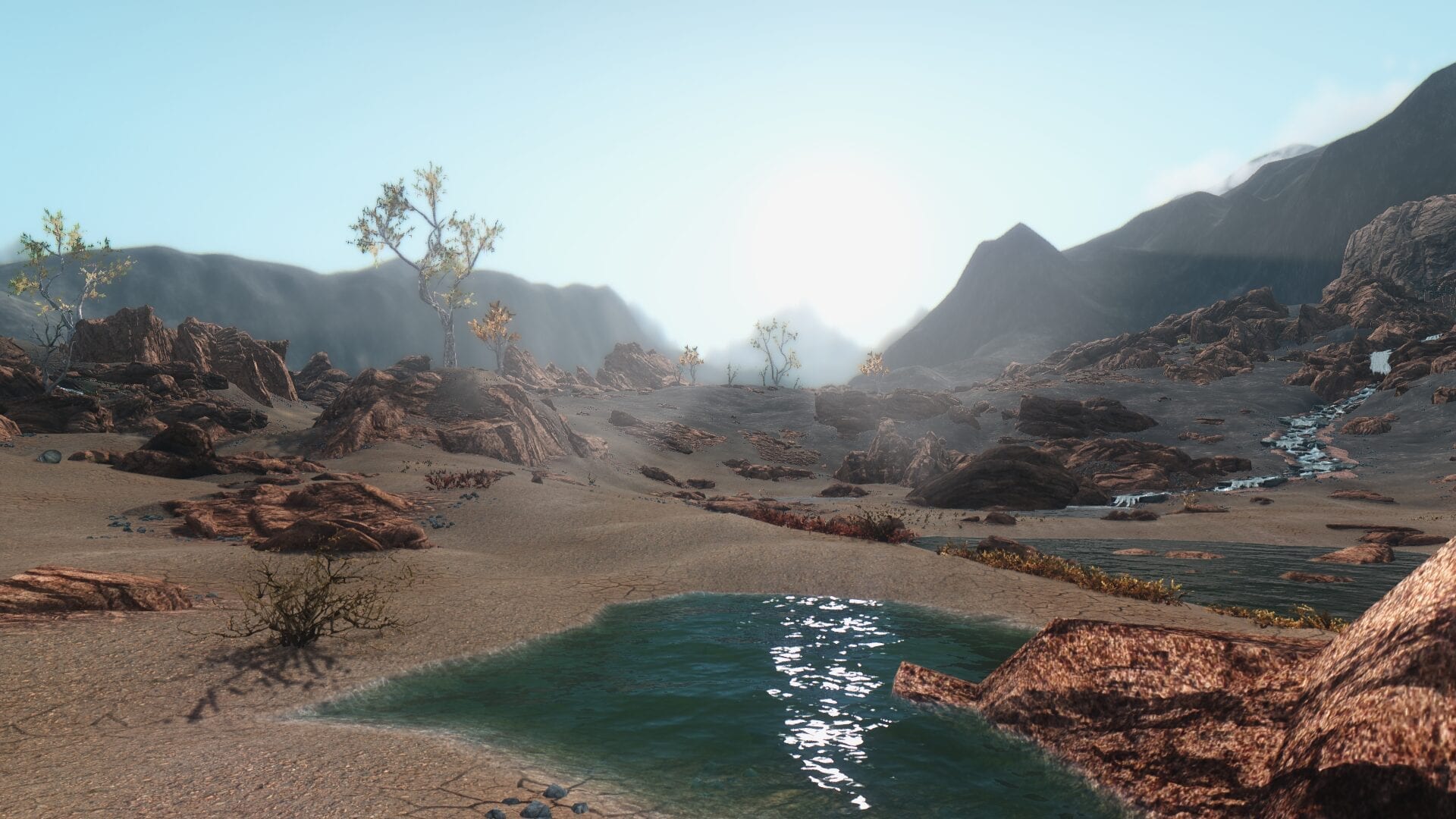 Iliac Bay is a project that will include the High Rock and Hammerfell provinces. Progress on this expansion is already coming along nicely because it’s essentially a merger of two existing projects called High Rock: The Direnni West and Hammerfell: Forge of Warriors.

Because High Rock has never been shown in gameplay before, the modding team has improvised.

High Rock will contain an open-ended storyline where the player can choose to side with one of the many factions fighting for control. There is no ‘good’ or ‘bad’ faction, but instead a range of different sides with opposing beliefs.

The Hammerfell region is being built to ensure the world is as lore-friendly as possible and will include compelling quests and locations.

Atmora: Expedition to the North 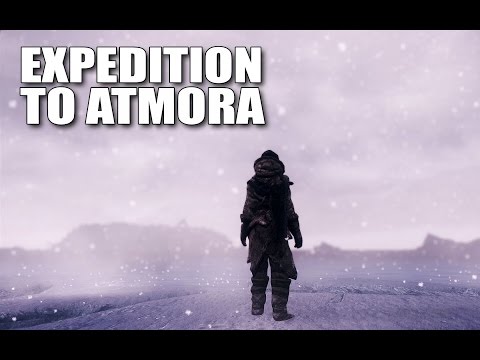 Atmora is a region many Elder Scrolls fans aren’t aware of – it’s a snowy region located right at the very top of the map, just outside of Tamriel.

This region is designed to give players an open world arctic survival gameplay experience. There will be more focus on persistent survival and exploration as opposed to completing quests and making your way through a story.

Black Marsh: The Roots of The World 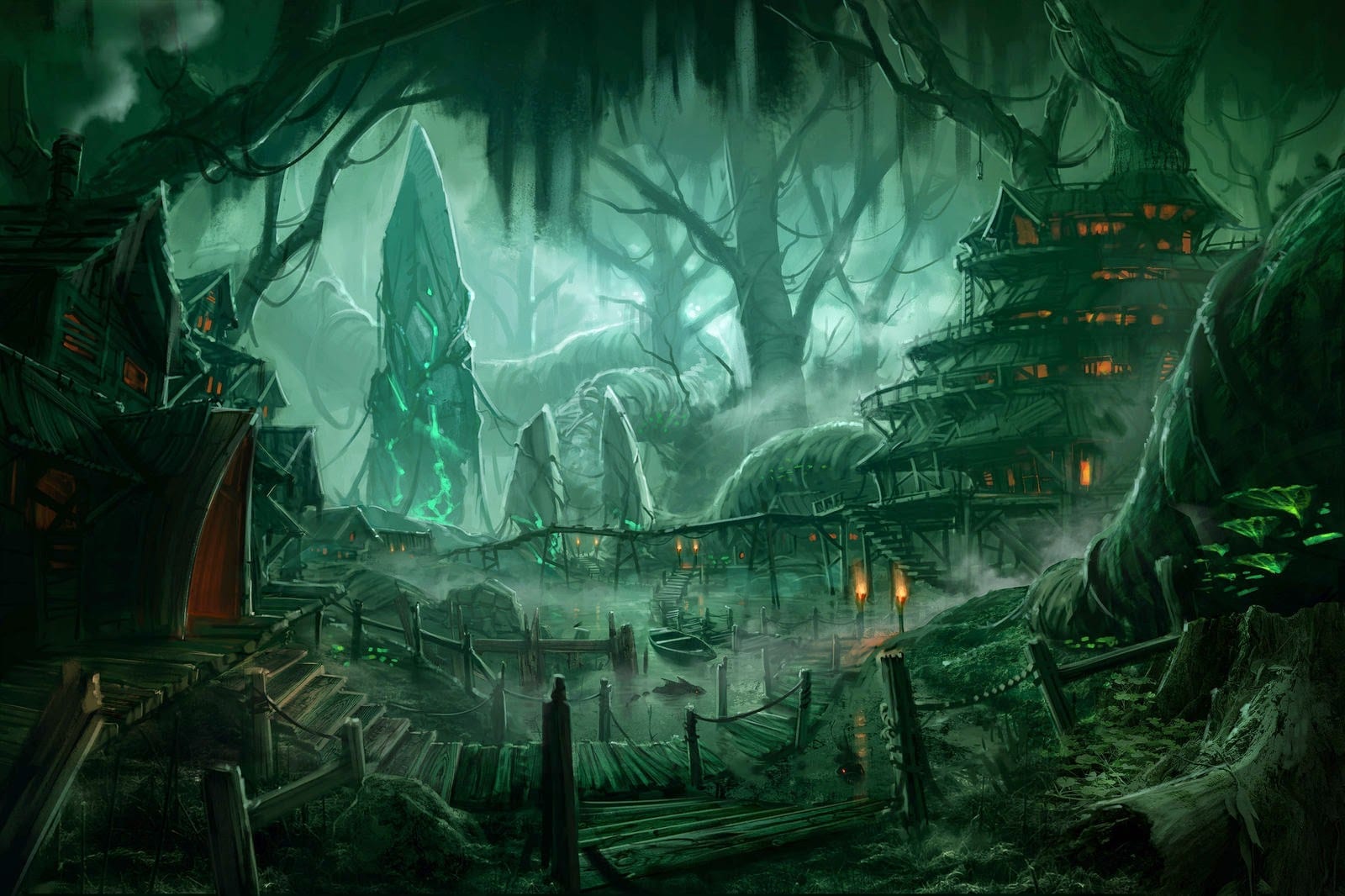 Black Marsh: The Roots of the World seems to be the project that has received the least amount of attention so far, but Beyond Skyrim describes it as a “land of alien beauty, populated by a people embittered by millennia of oppression”.

In this region, players must guide the people of Black Marsh to power or unity, or exploit them for their own gain.

Cyrodiil: The Seat of Sundered Kings 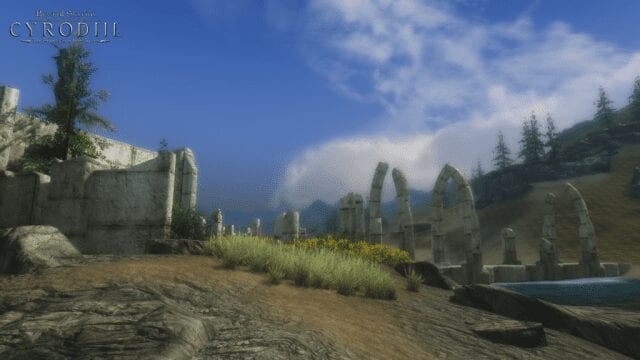 Cyrodiil: The Seat of Sundered Kings is already well into development, but a lot of work must be done before its ready.

This region will feature professional voice acting, a brand new soundtrack, a whole bestiary of new creatures, and a range of new Cyrodilic armor, weapons, and clothing. There will also be a number of new quest lines that will share similarities to the one seen in Elder Scrolls: Oblivion. 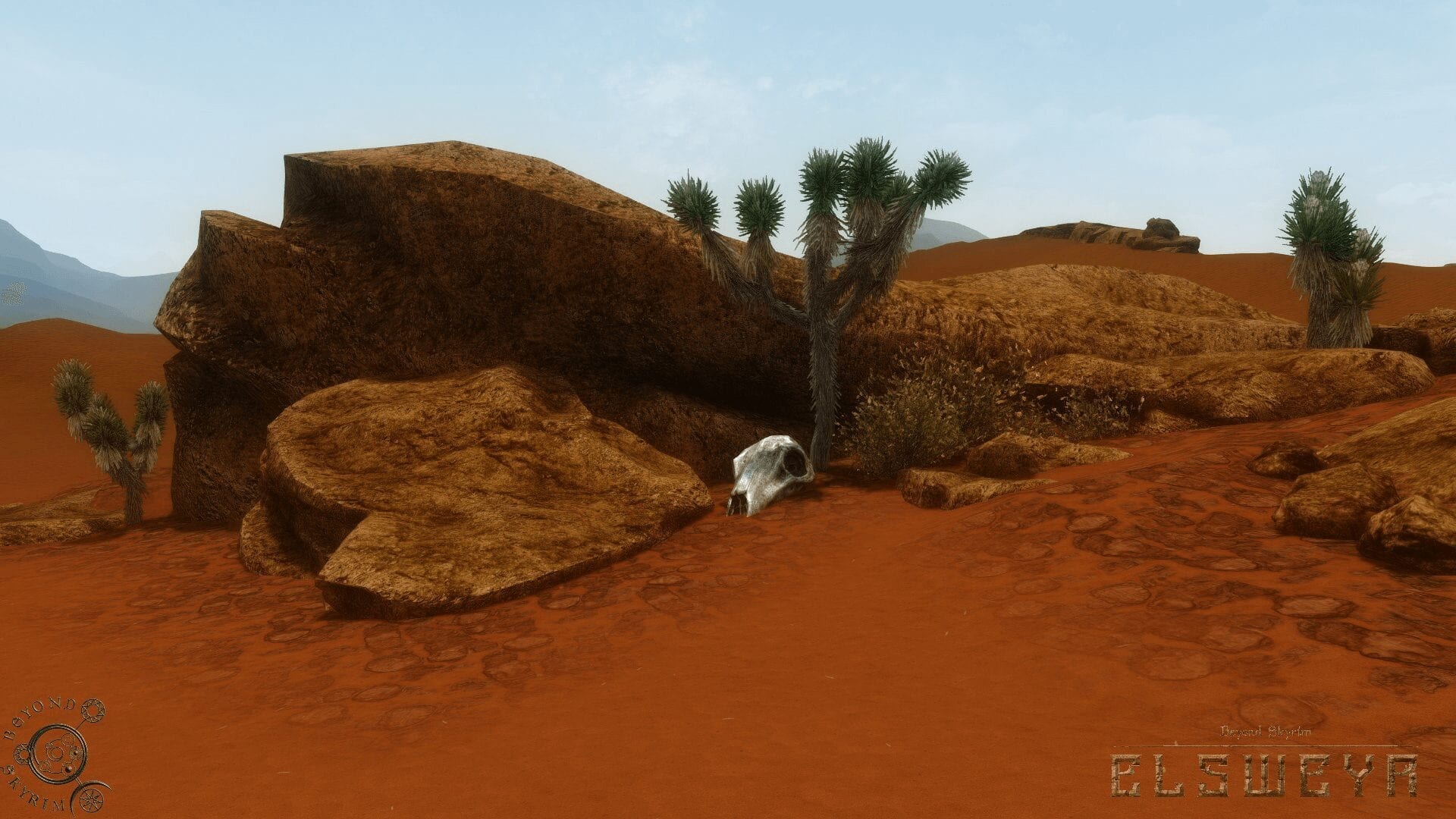 Elsweyr is a desert themed location and it’s the home of the Khajiits. A number of modding teams have come on board to work on the Elsweyr project for Beyond Skyrim, including many modders that have had experience with creating lore friendly Khajiit based content. This region will include full voice acting, unique quests, and gameplay that explores the rich trading culture of the Khajiit.

There are already dozens of people working on Elsweyr: Sugar and Blood but a lot of the development is still in the planning stages.

There’s little we know so far about the Morrowind mod for Beyond Skyrim. It seems that the modding team is still looking for dedicated modders to work on the project.

There are plans to develop the entirety of Morrowind, building it from scratch. Like the other mods in Beyond Skyrim, the Morrowind region will be lore friendly and filled with content.

Other mods are already looking to recreate the existing Morrowind game, but this particular modding team will be building everything from scratch.

Much like with the Cyrodiil mod mentioned above, Morrowind: The Star-Wounded East will take inspiration from the original game but the experience overall will be completely new.

Roscrea: Voices of the Deep 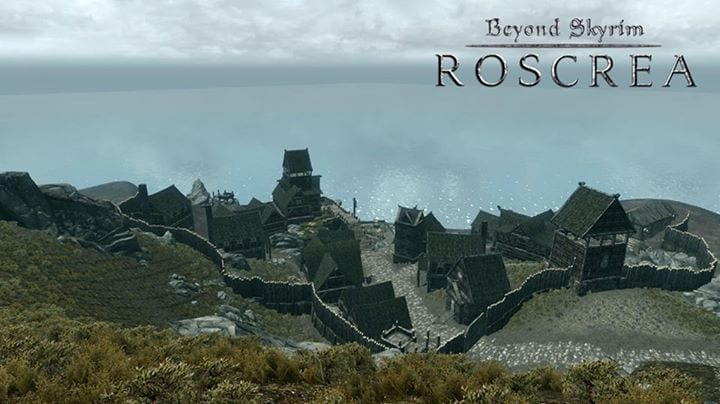 The final expansion is Roscrea: Voices of the Deep. A lot of work has been done on creating assets for Roscrea, but there’s still a long way to go before it is all compiled into a coherent experience. The official description from the Roscrea development page is as follows:

“Journey north into the stormy embrace of the Sea of Ghosts to a land of untold treasure. A land once known only as a whisper. A land called Roscrea. Forget the ills of your past, and the judgments of people you will long to forget. Wipe the slate clean and see for yourself a world frozen in time. Make with haste fair traveler, for the winds of change wait for no soul.”

When Will Beyond Skyrim Be Ready to Play? 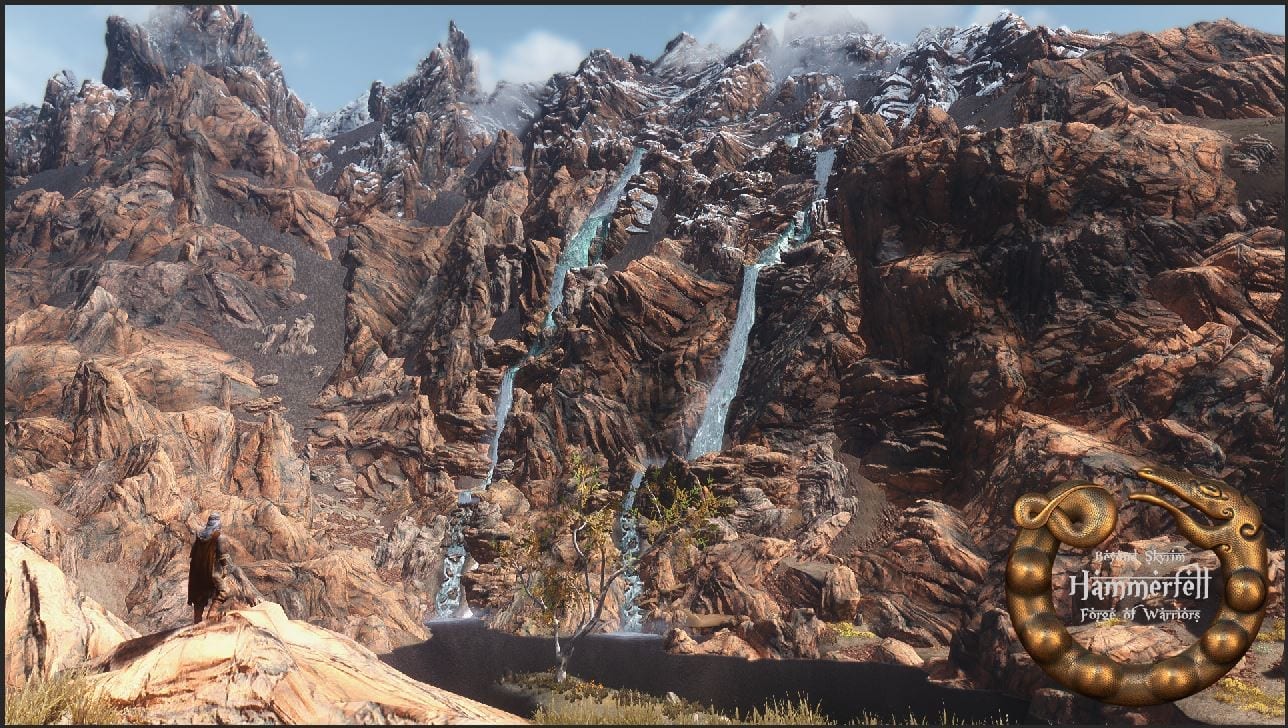 Like mentioned earlier in this article, Beyond Skyrim is a long-term project. All of the modders are volunteers so it will depend on the size and pace of each of the dedicated modding teams.

Each region has a different modding team so it’s possible that some regions may be developed far faster than others.

Each region will be playable as soon as they are ready, so we won’t have to wait for the entire project to be done before we can play it.

With that being said, it’s still going to take a long time before any of this is ready. You can still get a sneak peak of Beyond Skyrim by trying their standalone Bruma mod here.

What are your thoughts on this crazy Skyrim mod? You can find some of the best mods that are already completed here.