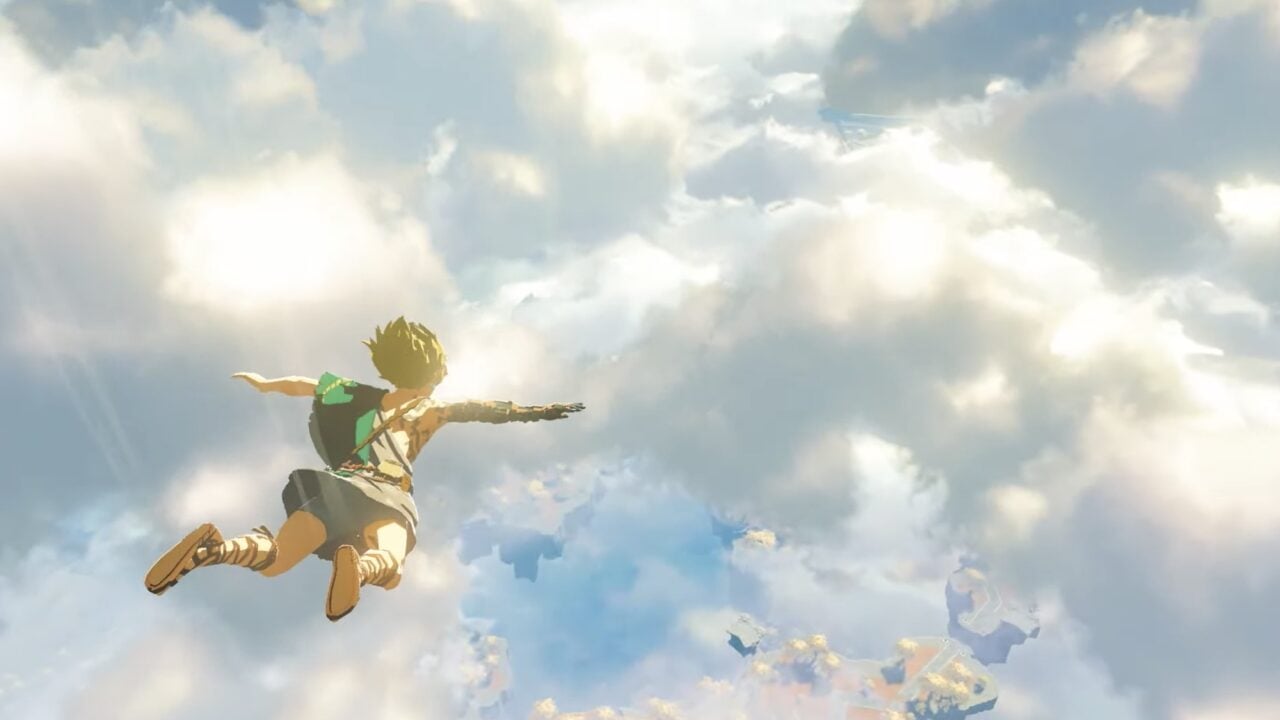 A few of the patents simply back up information that we already know, as Nintendo showed them off in the game’s most recent trailer earlier this year. This includes the ability to go through a suspended platform from below, onto its surface. Another patent shows Link’s new ability to rewind time. This power is linked to Link’s sheikah slate, and will allow him to return certain objects to how they were, by reversing time.

One of the patents does however reveal that Link will have an expanded moveset while free falling. According to Patent US20210370179, Link will be able to shoot his bow while free falling in the air. He will also allegedly have the ability to fall backwards through the air, as well as taking several positions in the air. The maneuverability of Link in Breath Of The Wild, and the game’s emergent gameplay, has resulted in some impressive feats since the game launched in 2017.

Nintendo announced the sequel during E3 2019, although it only briefly teased the title with a short story trailer. We got our most in depth look at the title to date earlier this year. Revealed back in June 2021, the new trailer showed off how Hyrule changed. The sequel will focus on more vertical gameplay, with numerous floating islands strewn across the world.

Elsewhere, Rockstar was allegedly close to announcing Bully 2 at this year’s The Game Awards. The news arrived through Tom Henderson, a leaker with a history of precursing Battlefield announcements.