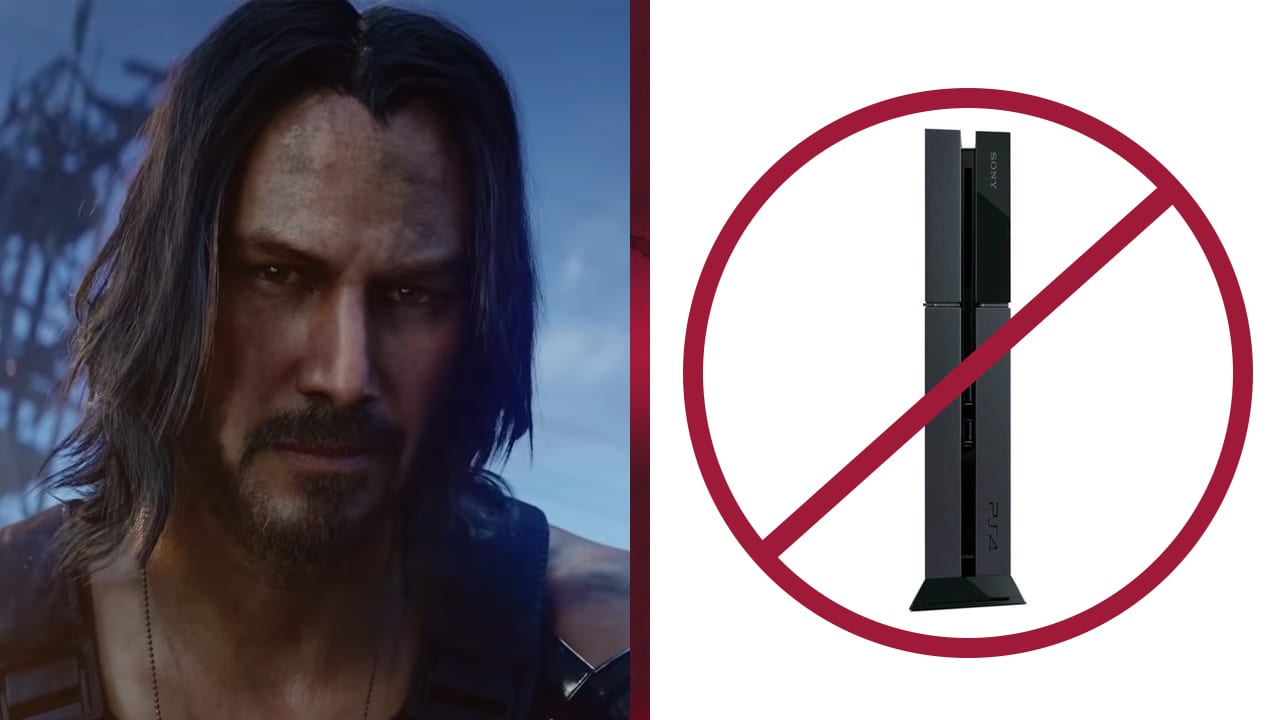 Despite its long-awaited return to the PS Store, CD Projekt Red recommends not playing Cyberpunk 2077 on the base PS4.

It’s been around six months since Cyberpunk 2077 was removed from the PS Store. Following a number of delays, Cyberpunk 2077 released for PC, PS4, and Xbox One on December 10th, 2020.

#Cyberpunk2077 is now back on the PlayStation Store.

You can play the game on PlayStation 4 Pro and PlayStation 5. Additionally, a free next gen upgrade will be available for all owners of the PS4 version of Cyberpunk 2077 in the second half of 2021. pic.twitter.com/RTkptIHOb4

it had so much promise

Even on top-end PCs, there were numerous reports of Cyberpunk 2077 running poorly. Sadly, the base PS4 was the worst offender, rendering it unplayable for some gamers.

We could go on forever listing all of Cyberpunk 2077s issues, but we’d be here forever. As a result of its bug-fest launch, Sony made a decision to remove Cyberpunk 2077 from its PS Store. Meaning that it wasn’t possible to buy CDPRs RPG digitally for PS4 or PS5 for half a year.

A recent patch fixed some issues

Last week, Cyberpunk 2077 received its latest big patch across all platforms. Despite the latest patch, Cyberpunk 2077 still has a long way to be fixed and CDPR is aware of this.

I fired up Cyberpunk 2077 on PS5 during the weekend and while I can see that it’s improved, it wasn’t long before I encountered some glitches. One of which was NPCs twitching on the floor despite being in conversation.

Users may continue to experience some performance issues with the PS4 edition while we continue to improve stability across all platforms. The PS4 Pro and PS5 versions of the game will provide the best experience on PlayStation.

a warning from CDPR

Following the latest update and Cyberpunk 2077s return to the PS Store, in a press release CDPR has recommended that players should avoid the RPG on the base PS4. They also state this on the PlayStation Store itselt.

“Users may continue to experience some performance issues with the PS4 edition while CD PROJEKT RED further works to improve stability across all platforms,” said CDPR. “Playing on PS4 Pro and PS5 will provide the best Cyberpunk 2077 experience on PlayStation.”

As you can imagine, this hasn’t gone down particularly well with some. While many gamers are in support of Cyberpunk 2077 returning to the PS Store, some do not share the same sentiment.

In summary: the game that you promoted and sold me as optimized for PS4, which literally says on its box “PS4”, the PS Store itself recommends me to play it on PS5.

We PS4 users were false advertising, CDPR didn’t see that their own game would never work well on PS5 and they don’t have the decency to admit a fact that we can all notice.

Will it get better for PS4 players?

At the end of the day, I do feel for those that were looking forward to playing Cyberpunk 2077 on PS4. After all, CD Projekt Red did heavily advertise the game for PS4 as well as other platforms. And it’s fair to say that not everyone is able to upgrade their console when they want. Hopefully future patches will arrive that help make the experience better for those with the base consoles.

The native PS5 and Xbox Series X|S upgrade for Cyberpunk 2077 is expected to arrive later in the year. What are your thoughts on this subject? Let us know on social.