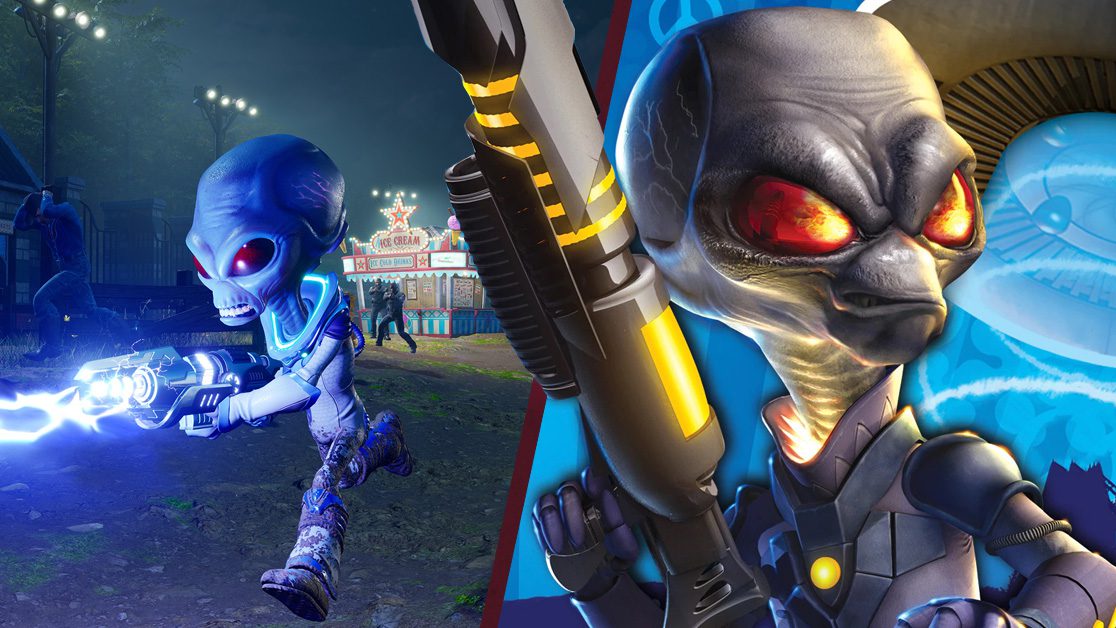 A new leak on the Xbox store has potentially revealed a standalone Destroy All Humans multiplayer game.

As spotted by a user on ResetEra, Destroy All Humans: Clone Carnage has leaked via the Xbox Store. The page has now been taken down, with a notice that reads “We are sorry, the page you requested cannot be found.” Though PushSquare was able to take note of the blurb before the page was taken down.

According to PushSquare, this multiplayer spinoff will have “4 modes, 6 maps, and up to 4-player multiplayer” including local two-player split-screen. “Unleash your wild side in Rampage, Armageddon, Race, and Abduction modes.”

A selection of screenshots have also leaked showing off the game in action.

what do we know about clone carnage?

TrueAchievements has also been able to share the full list of achievements for Destroy All Humans: Clone Carnage. One achievement called Treasure Hunter says “In ‘Abduction mode’, find all hidden targets,” meaning that particular mode might involve finding hidden items.

Another, called Early Bird, says “Be the first to board a UFO in Armageddon mode,” which could imply a mode where certain players need to escape at the end of a match.

A remake of the second Destroy All Humans, announced last year, is in the works. So the standalone multiplayer DLC will probably tie into this remake of the sequel. This new remake is also specifically going to be new-gen only. So we can probably expect the same of Clone Carnage.

With Not-E3 right around the corner, an official reveal probably isn’t too far away. The reveal could have been planned outside of any kind of gaming event. But either way, considering a release date is yet to be confirmed for the remake, we’ll probably be getting some Destroy All Humans news soon.