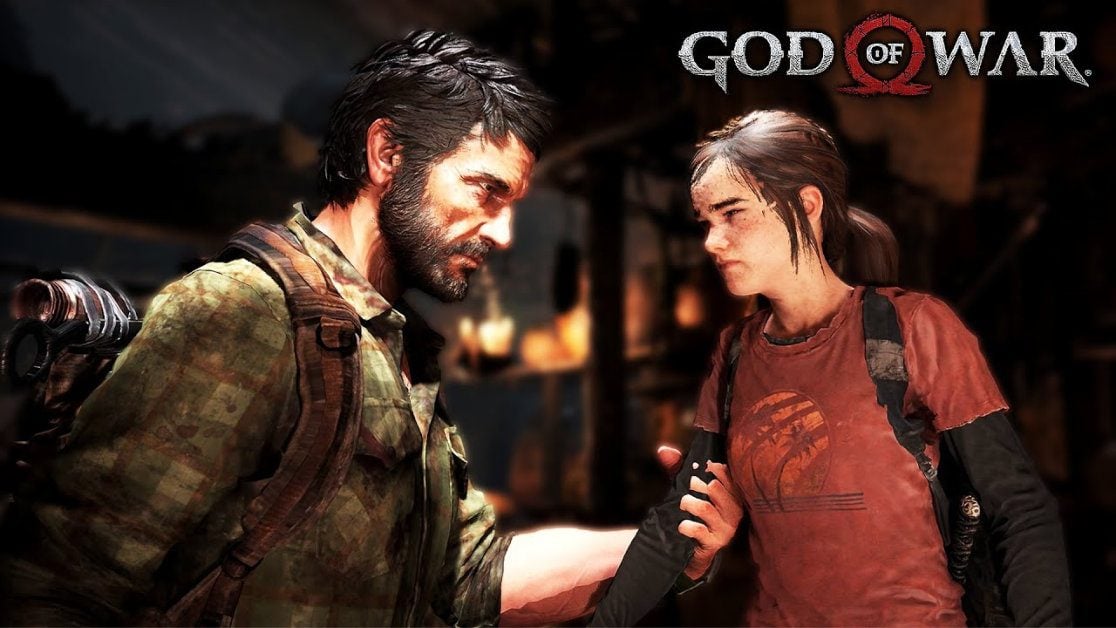 A talented modder has added Ellie and Joel from The Last of Us as the duo invade God of War armed with a lead pipe!

The modder in question is Omega Fantasy, whose name you may already recognise. Previously they brought us the amazing Simpsons mod replacing Kratos and Atreus with Ned Flanders and Homer Simpson.

In this latest mod, Ellie, and Joel venture into the world of Norse mythology and while hiding away in the forest, there is a knock at the door. It’s none other than the skin-crawling David from The Last of Us: Part 1.

Those that have played God of War (2018) will be very familiar with the opening moments featuring Kratos and Baldur having an epic scrap. However, thanks to this mod, we now see Joel and David fighting it out.

Later in the video, we see Joel taking Ellie out for a spot of deer hunting. Ellie of course replaces Atreus in this mod. The mod also features sound bites from The Last of Us: Part 1, complete with Ellie’s wonderful language.

Furthermore, rather than being equipped with the Leviathan Axe, Joel now wields a lead pipe. Thankfully, however, there appear to be no golf clubs in sight. Oh, and the Draugr grunts have also been replaced by Clickers, which I personally find far more intimidating.

In related news, a remake for The Last of Us: Part 1 was recently announced. It will not only be coming to PS5 but also PC. So perhaps we might see God of War invade The Last of Us?

Are you impressed with Ellie and Joel invading God of War? Let us know across our social media channels.