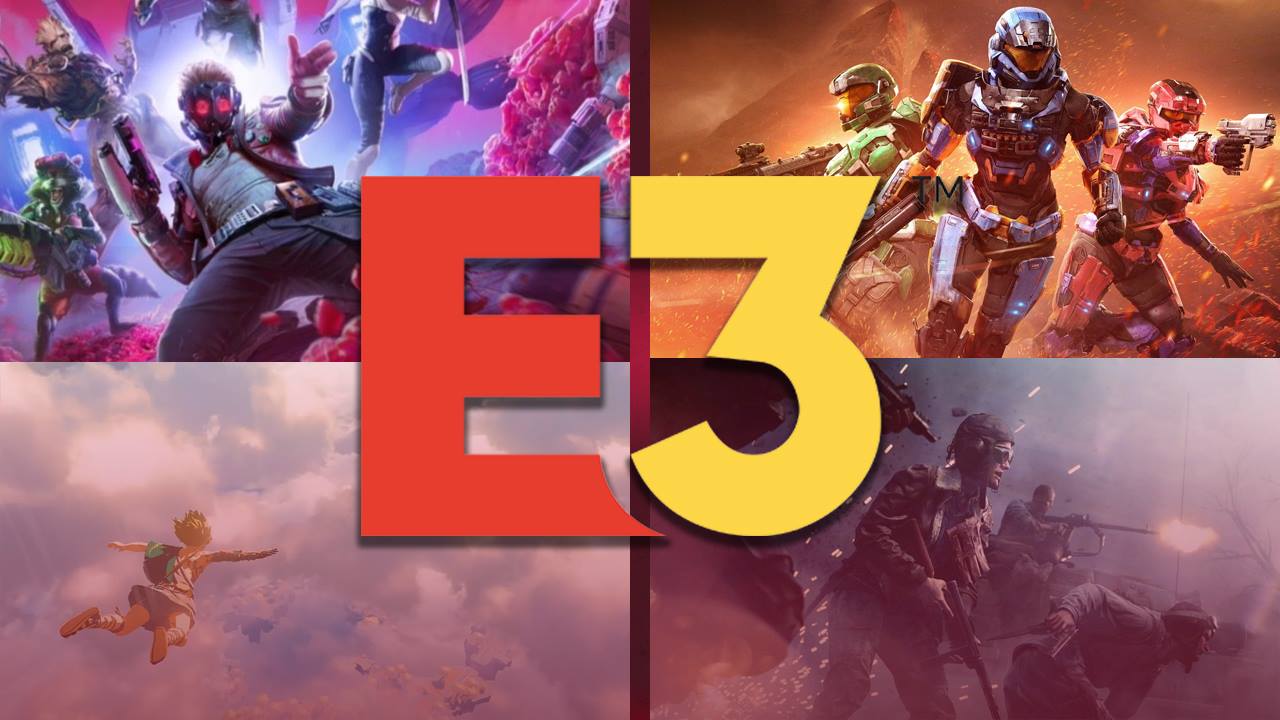 E3 2021 is finally over. It was a whirlwind four days of non-stop gaming goodies – some better, some worse. Everyone had their favourite conferences and announcements. If you managed to catch some of it, let us know your thoughts over on our social media. But if you didn’t get a chance to watch the biggest gaming event of the year, never fear! Here’s everything we saw at E3 2021.

E3 2021 kicked off with a bang. Ubisoft Forward had a bunch of new updates and expansions for existing games, as well as a few first looks at upcoming titles.

We got a first look at Avatar: Frontiers of Pandora, a brand new game powered by Ubisoft’s Snowdrop engine. It’s based on James Cameron’s 2009 film. Whilst we didn’t get to see any potential gameplay mechanics, it looks like you’ll get to play as a Na’vi, one of the alien blue creatures. It’s coming to new-gen consoles and PC in 2022 and we can’t wait!

Fans of Far Cry 6 were in for a treat – we got to see a new cinematic featuring the callous Anton Castillo. A season pass for Far Cry 6 was also announced, which lets you play as classic villains from the series including everyone’s favourite, Vaas. I’m a huge fan of Michael Mando, so this news was great! You’ll get to play as the psychopathic Vaas from Far Cry 3, the Burmese ruler Pagan Min, and the enlightened pastor Joseph Seed.

On a similar note, some fans weren’t pleased with the graphics they saw of Far Cry 6

Rainbow Six Extraction, the Tom Clancy horde mode spin-off, finally has a release date. We got a cinematic reveal trailer, a gameplay deep dive and a September 16th 2021 release date!

When I said I wanted to see a Super Mario Galaxy sequel, a new Mario + Rabbids game wasn’t quite what I meant. Don’t get me wrong, I’m certainly not disappointed! We got two trailers from Ubisoft – a cinematic reveal and a sneak peak at new Rabbids gameplay. If you’ve never played the first game, it’s essentially a turn-based RPG cross over between Super Mario and Ubisoft’s Raving Rabbids.

Watch Dogs: Legion — Bloodline is the latest expansion to Ubisoft’s cyberhacking world. It’s releasing on July 6th 2021, so not long to wait!

The extreme sports MMO Riders Republic is launching in September and looks amazing!

Ahead of the showcase, I spoke with Creative Director Igor Manceau about the project and what fans can expect from this title.

We got a look at the launch trailer for Year 5 Season 2 Mirage, the latest season of For Honor.

“Once lush and fertile, the remaining lands of Heathmoor disintegrated into deserts at the end of a great drought.

An ancient temple in a tiny oasis is all that’s left. There’s no water. No supplies. No munitions. And yet the factions continue to battle for something.’

The latest season of For Honor has armor variations, testing grounds, a new battle pass and a mythical band of Samurai heroes. It’s set to release at the end of this month – June 22, 2021.

Trackmania royal mode has been on our radar for a while, so it’s great to finally get a look at it! It’s designed for friendly team play, and there’s daily renewed short and fun maps. We also saw new physics and innovations like Water and Plastic Blocks, as well as Animated and Dynamic items to build and enjoy maps. It’s out now and, best of all, it’s free in the Trackmania Starter Access.

Yes, you read that right. The Teenage Mutant Ninja Turtles are joining Brawlhalla next week.  Brawlhalla is free-to-play and has a great roster of characters. Turtle power!

The Crew 2 is celebrating a third-year anniversary and 30+ million players in the franchise. From June 12 to June 30, you can get a brand new vehicle for only one Crew Credit.

Ghost Recon: Breakpoint will be getting new content this year. We’re not sure what it’s going to be, but one thing’s for sure – we’re excited! The Breakpoint content update coming in 2021 marks the 20th Anniversary of Tom Clancy’s Ghost Recon. Are you still playing?

It sounds like Eivor’s adventure has just begun! Ubisoft revealed that Assassin’s Creed: Valhalla is getting more expansions and content in 2022.

If you’ve ever wanted to play an instrument, Rocksmith+ is the game for you. It’s a subscription service that gives you everything you need to know to be able to play Wonderwall by the campfire. The perfect game, really.

Nintendo Switch OLED Is No More Powerful Than A Normal Switch