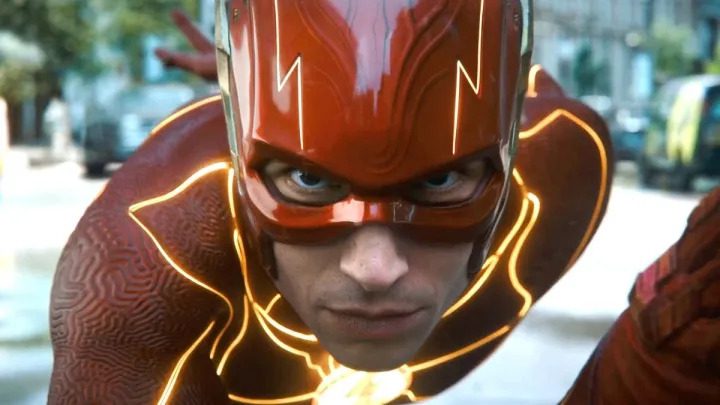 Ezra Miller was reportedly evading the police while also filming reshoots for the movie, The Flash.

The news was revealed in a recent article published by The Hollywood Reporter. In it, they say Ezra Miller was participating in reshoots for The Flash, in which they play the main character, while evading a police service order.

Miller has been engaging in various activities which have got them in trouble with the police. They’ve been arrested three times this year, including a recent felony burglary charge on August 7th. The burglary allegedly took place earlier in the year on May 1st.

In addition, Miller was accused of grooming and manipulating a child by the parents. And Miller was reportedly housing a 25-year-old mother and her kids at their farm in Vermont. Vermont State Police issued an emergency care order, which Miller has been evading.

It was reported that Miller had allegedly created an unsafe environment for the mother and her children. Bullets were reportedly strewn around the place, with various firearms to accompany them. One child, a one-year-old, apparently picked up a bullet and put it in their mouth.

The Flash Still On track

Despite these controversies, progress on The Flash is still being made. Many have called for the film to be cancelled or for the character to be recast in the wake of these revelations. But Miller has apparently been taking part in reshoots in the midst of all the controversy.

The film is still scheduled to release next year on June 23rd. It’s unknown whether The Flash will be affected by any of the recent news coming out of Warner Bros, but so far nothing has been confirmed. And despite films like Batgirl being cancelled, The Flash is still moving forwards.

Warner Bros CEO David Zaslav said that he thinks The Flash and other DC films are “terrific”, and that “we think we can make them even better”.