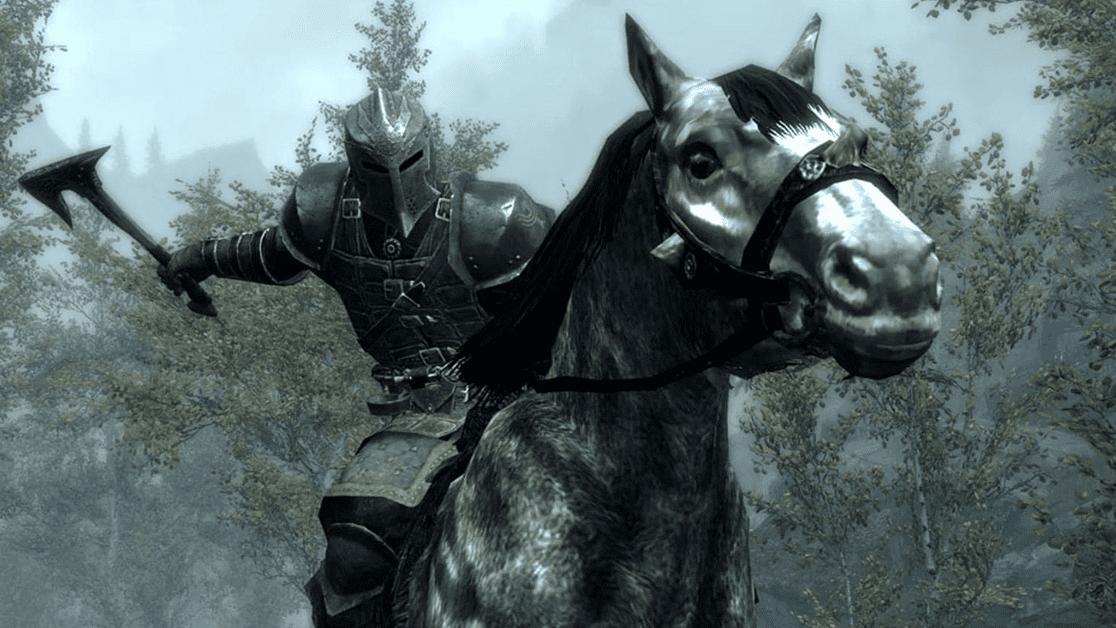 A viral Skyrim clip shows the game breaking as a player and their horse flies across the map.

The Elder Scrolls 5: Skyrim was released over a decade ago in November of 2011 but the map of the game is still extensive by today’s standards. It’s one player continue to traverse again and again. And with more Anniversary Editions releasing on the horizon, that won’t stop any time soon.

While in the world of Tamriel, some may opt to use fast travel to get around the substantial map. Which you can do by bringing up your map on the menu screen, or by using one of the many carriages you can find dotted around the game’s cities. Others like to travel by horseback.

I mean, it is a fantasy game. And what fantasy game wouldn’t be complete without a noble steed?

But horses in Skyrim are infamously known for being incredibly buggy. Which Redditor sterrre learned the hard way as his horse decided to float in the air, then hurl him into a pile of rocks.

When asked about how sterrre achieved such feats as flying by horseback, they believed it had something to do with their in-game companion.

“I was in whiterun stables waiting for Lydia to get on my other horse, when she did she clipped into me and I just started flying away”, sterre notes in the post’s comments.

Other players within Reddit pointed out that they were able to replicate the bug by quicksaving while on a horse in the game,. While others were quick to reply that they had lost many horses in-game for similar reasons.

Others joked that sterrre, “took the meaning of the word ‘fast travel’ way too seriously.”

I don’t personally remember stumbling across any issues when using a horse in Skyrim. Though I mostly didn’t bother with them until I unlocked Shadowmere.  Shadowmere is a horse you unlock via completing the Dark Brotherhood quest line, and is was one of my absolute favourite unlocks in the game.

But next time I load up the game, I may see if I can replicate the bug myself.

Being able to fly while on a black demon horse with glowing red eyes seems like it’d be very worth my time.

The Elder Scrolls V: Skyrim is available to buy from the GameByte Shop, starting from £22.95.