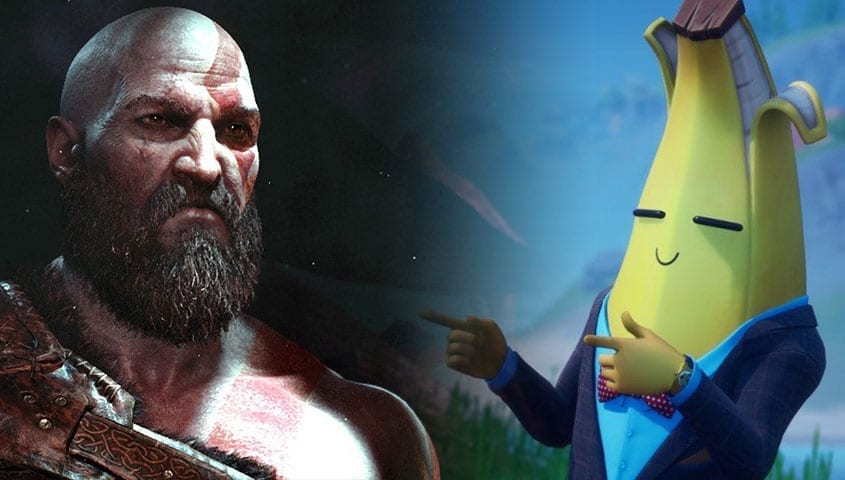 If there’s one thing that the free-to-play shooter Fortnite is known for it’s its epic crossovers, and the latest might just be the most rage inducing yet! It seems that God of War’s Kratos and Halo’s Master Chief might just be heading to Fortnite…

Over the last day or so the official PlayStation social media pages have been teasing that a certain God-slaying mascot of their brand is headed to Fortnite, one who is known to have certain anger management issues.

One of the posts teasing this God-slayer was via a transmission of an audio log by the character Jonesey, who is currently voiced by the awesome Troy Baker.

Then as rumours started to circulate (though from the get-go it was quite obvious the character in question would be Kratos), director of God of War at Santa Monica Studios Cory Barlog responded to a tweet from IGN.

Cory Barlog responded to speculation of the God of War and Fortnite collaboration, writing: “Never. Heard. Of. It.”

A leaked image has also pointed to the inevitable, showing off Kratos looking distinctly more cartoon-like, as is traditional with Fortnite.

With Kratos clearly on his way to Fortnite in collaboration with Sony, I’m not sure how his building skills will fair but there’s no one better to destroy another player’s tower during the battle royale mayhem.

However, Kratos isn’t the only big gaming mascot seemingly on his way to Fortnite. A datamining page by the name of Mang0e claims to have tracked a source related to a leaked image posted on 4Chan.

The image seems to show that Halo’s Master Chief is also coming to Fortnite in a collaboration between Epic Games and Microsoft.

The person that apparently posted the image of Master Chief in Fortnite claims to have a source that works at Epic Games, and has apparently been reliable in the past with a number of leaks.

While we must take all rumours with a pinch of salt, the same user that posted the image of the Master Chief was also correct when leaking Salty Towers coming to Fortnite, as well as the recent Mandalorian Mythics collaboration.

Are you looking forward to the prospect of both Kratos and the Master Chief battling it out in Fortnite? Let us know by reacting to our Emoji’s below.