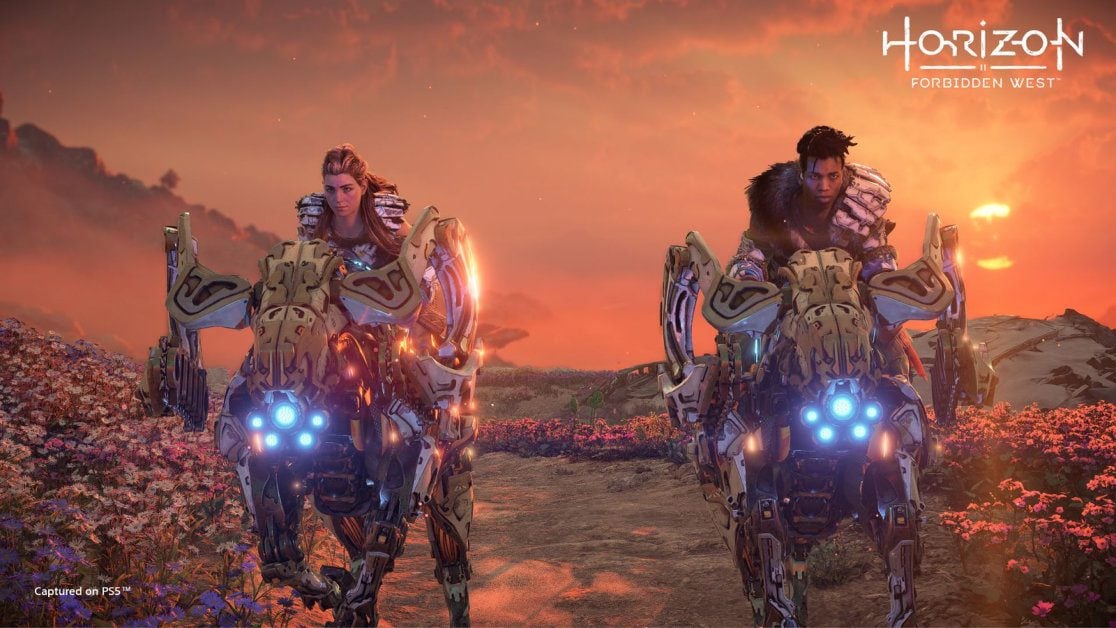 Back in November 2022, rumours were making the rounds that a new Horizon game will be in development. However, unlike Zero Dawn and Forbidden West, this new game will be a multiplayer offering.

The rumours claimed that the Horizon game will be outsourced by main series developers Guerrilla Games and will instead be created by the South Korean studio, NCSoft. In case you didn’t know, NCSoft developed the likes of Lineage as well as the Guild Wars MMO series.

What will Guerrilla Games’ multiplayer game be?

Guerrilla Games confirmed the multiplayer game in a recent job advertisement on social media. “We are continuing to create epic solo adventures for Aloy. But there is more,” tweeted the developer. “A new internal team is developing a separate Online Project set in Horizon’s universe.”

The post continued: “Featuring a new cast of characters, and a unique stylised look, friends will be able to explore the majestic wilds of Horizon together.”

Going by the description, it sounds like this project will be a Horizon MMO. What’s more, the “unique stylised look” might indicate that the multiplayer game will look distinctly different to that of Zero Dawn and Forbidden West.

The job advertisement also mentions the “new internal team”. This sounds to me that a new team of developers will be brought into the Guerrilla Games studio to work alongside the main developers. Could this be NCSoft or will individual developers be drafted in?

Could this be a Monster Hunter-inspired game?

At this time, Guerrilla Games hasn’t given much indication as to what this new multiplayer game will be. However, the job listing hints at an MMO of sorts. So, could this Horizon multiplayer offering be inspired by the likes of Capcom’s Monster Hunter series? Only time will tell.

The Horizon multiplayer game has potential

Aside from something Monster Hunter-related, a Horizon multiplayer game does have a lot of potentials. For example, a co-op wave-based mode based on Hunting Grounds could be fun.

Furthermore, a Hunger Games-inspired battle royale with bows and arrows, traps and crafting might be a lot of fun. It would be fantastic if this Horizon multiplayer project had a variety of main modes on offer. Hopefully, it will at least have cross-play between PlayStation and PC.

When will the Horizon multiplayer game be released?

At this time, it’s way too early for a release date to be announced as presumably, the core development team hasn’t been assembled. So, with that in mind, the Horizon multiplayer game would be several years away.

In our review of Horizon Forbidden West, we said it: “is a triumph for Guerrilla Games. It takes the shining promise of Zero Dawn and elevates it in almost every way possible. This truly feels like the RPG the studio has always wanted to make, and I’m so glad that it finally gets to breathe without being overshadowed.”

What are your thoughts on the Horizon multiplayer game? Let us know across our social media channels.