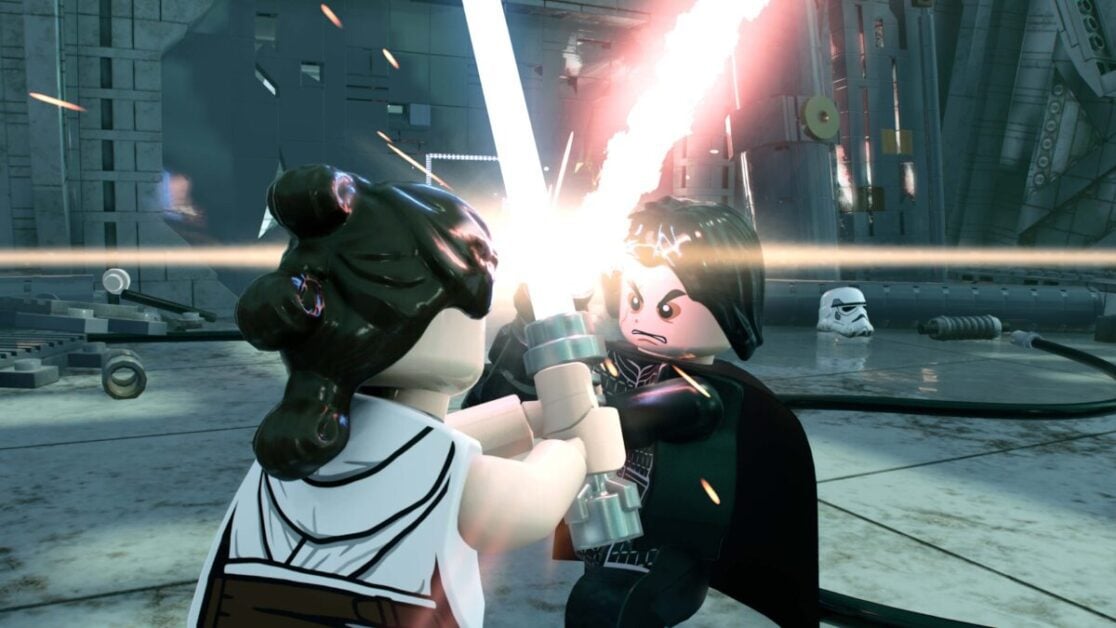 LEGO Star Wars: The Skywalker Saga has been delayed once again to Spring 2022.

The new LEGO Star Wars was a huge draw of this evening’s Gamescom Opening Night Live presentation. With a flashy new gameplay trailer, everyone was hoping that we’d learn exactly when we could get our hands on the new LEGO adventure. Sadly, TT Games has revealed that the game needs just a little bit more time in the oven.

This will be the sixth LEGO Star Wars game to arrive from the Knutsford based developer. It’s set to be a much more ambitious project this time around, though.. It’ll span the entire nine movie saga, including the latest sequel trilogy from Disney. Of course, the first seven movies have already been recreated in LEGO form. This new game will depict them once again in completely rethought levels.

Over 300 hundred unique characters will be playable from across all three eras of the Star Wars saga. In addition, the game have elements of open world design. Over 20 planets can be freely explored, either on foot or in vehicles. It’s also possible to take part in massive outer space battles while travelling between locations. Other unique gameplay features include the ability to aim down the sights of blasters. That should serve to bring some much needed variety to the tried and tested LEGO gameplay formula.

Never tell me the odds

With such a vast number of levels in the game, you’re not locked into playing them all in a linear order. You can play each movie in whichever order you like, allowing you to customise your gameplay experience exactly to your liking. Of course, it wouldn’t be a true LEGO game if you couldn’t play the entire game in couch co-op, which sees a return here. Love it or hate it, the characters will all be dubbed over with a mix of original voice work from the movies and some new recorded lines. Personally, I miss the days of the charming LEGO grunts, but maybe that’s just me.

LEGO Star Wars: The Skywalker Saga was originally supposed to release in late 2020, but was pushed back to Spring of this year. It then saw a second delay, this time with no concrete release date in sight. Hopefully, the delay to Spring 2022 will be the last one that we’ll see for this anticipated game. It’s set to release on PS4, PS5, Xbox One, Xbox Series X|S, Switch and PC.