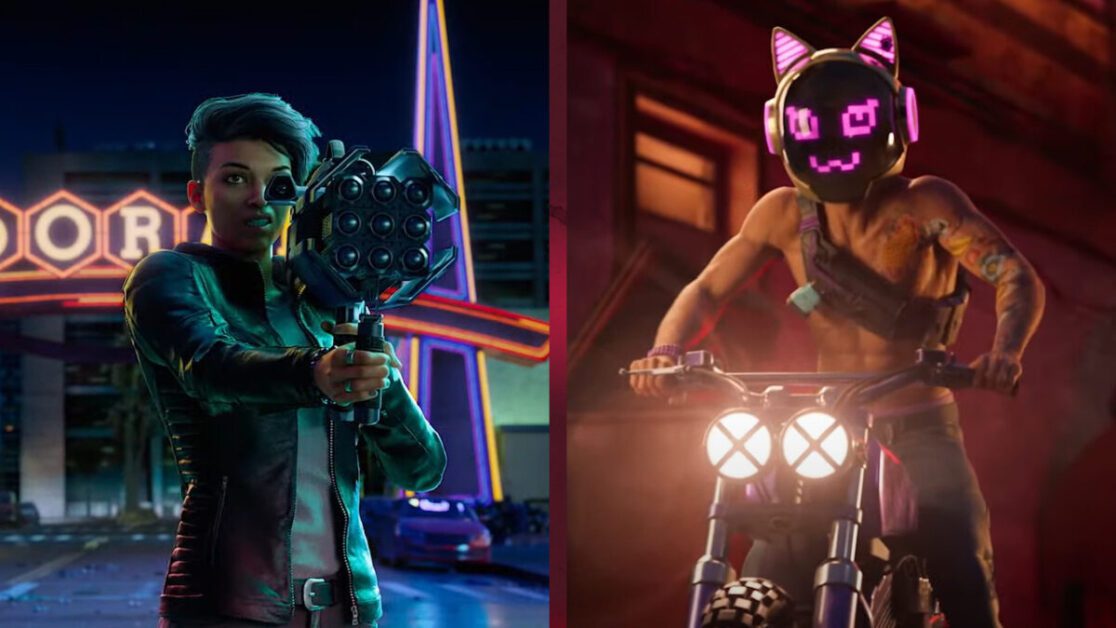 Volition has just announced a brand new Saints Row game, touted as a soft reboot for the series.

The new game is set in a fictional city called Santo Elayso set in the American South West. It seems to keep the same on the nose humour of the original games. It drops all subtitle and just goes with the simple ‘Saints Row’ title.

Bryce Charles, who voices of one of the main characters, says that Volition has gone ‘back to the drawing board’ with this new game. Some of the more recent games have taken a supernatural approach to gameplay. This one however seems much more rooted in reality.

You’ll play as Nina, Kevin, and Eli as they work to create their own success in this fictional world. In classic Saints Row fashion, there’ll be several gangs to conquer, all of which will offer up unique challenges for the player.

Back to the drawing board

The new Saints Row game has been rumoured for years with the first mention of it appearing back in 2019. Many thought that we’d see the game much earlier. However, a quiet delay seemed to have dashed those hopes. All is well now, though! We’ve finally had our first look at the game during Gamescom Opening Night Live.

Saints Row is set to release on February 25th 2022. The game will release on all platforms, including PS4, PS5, Xbox One, Xbox Series S|X and PC.

For those unfamiliar with Saints Row, it originally started out as an unapologetic clone of the Grand Theft Auto games. Since then, the series has evolved into a much more self aware series, leaning into a superhero angle that gives it some more original legs. If you’d like to catch up on some of the earlier games, a remastered version of Saints Row 3 recently released on new gen consoles.

What did you think of the Saints Row trailer? Let us know across our social channels.

Don’t forget you can find great games and more on the GameByte Shop! Sign up to our newsletter to be notified of our console drops, deals and more. Please note the GameByte Shop is available for UK customers only.