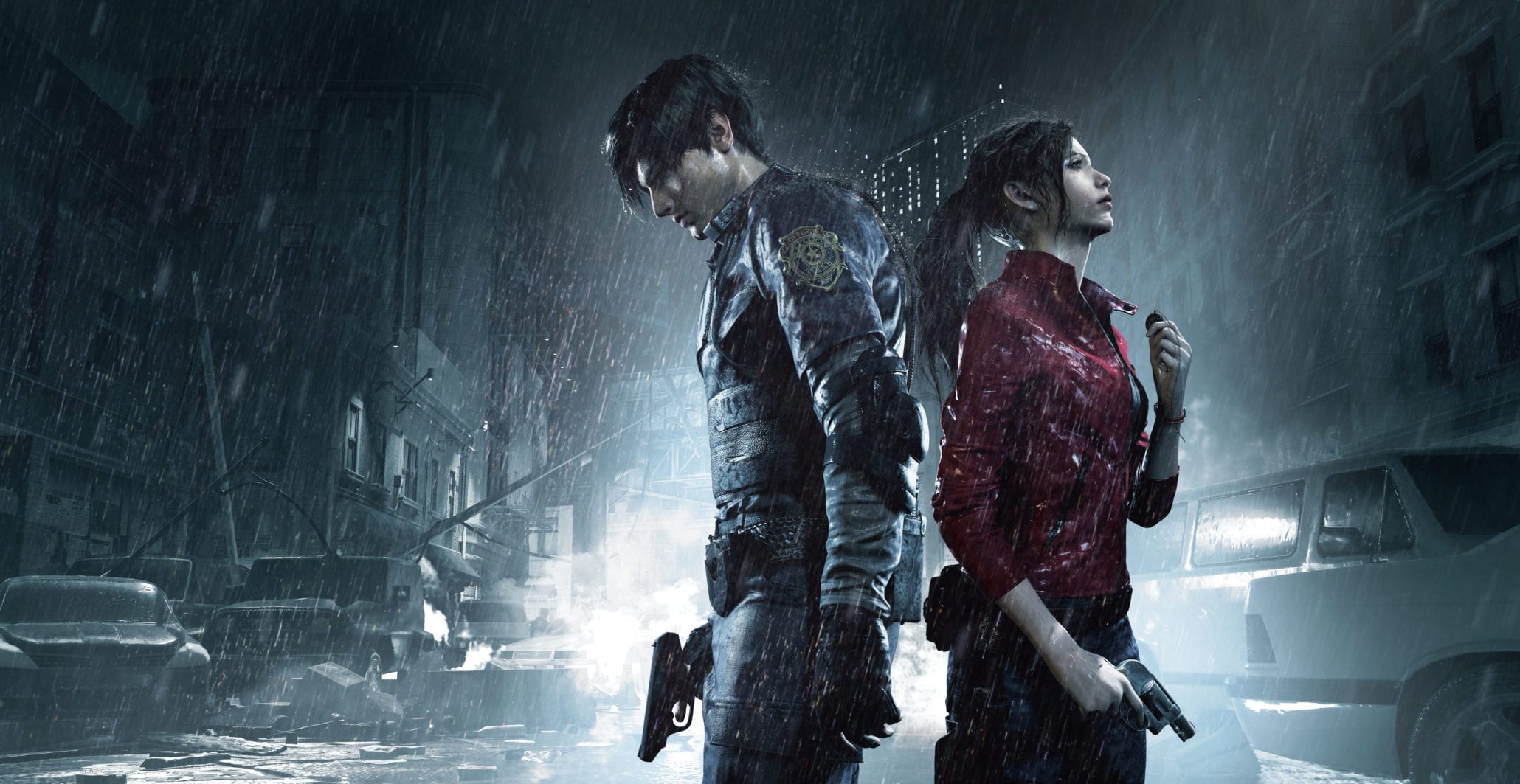 Remakes are not always perfect. Sometimes they can go horribly wrong, and sometimes they can do a particular franchise justice. However, when a remake is done absolutely right, sometimes it can surpass the original source material.

One series that has got the remake right, perhaps better than most on a more consistent basis, is the iconic survival horror series, Resident Evil.

In truth (not including remasters), as we enter the series’ 25th anniversary, Capcom has only released three remasters from Resident Evil ever since its inception in 1996. However, as some often say: “quality over quantity”. That mostly seems to be the case with Capcom.

September 2002, Friday the 13th. Not only is this one of the most perfect dates to release a horror game (other than Halloween), but it was also the date when the very first Resident Evil remake was released for the Nintendo GameCube in the UK.

Back then, remakes weren’t as much of a thing as they are now. If I remember correctly, there were some claiming that remaking a game in 2002, only six years after it released in 1996, was too soon. However, the difference between the original Resident Evil that released for the PlayStation in 1996, compared to the 2002 remake on the GameCube was huge.

So despite only arriving around six years later, the 2002 Resident Evil remake was a game-changer in many respects, and laid the foundations for a standard of remakes that we would come to expect from Capcom. The 2002 remake wasn’t just visually impressive, but also introduced new areas and enemies, yet retained what made the 1996 original so iconic. Somehow, it still felt like a new experience.

Resident Evil (2002) was built from the ground up and its visuals still hold up today, especially if you’re playing the HD remaster from 2015. The lighting is still incredible, the music still manages to unease you, the enemies can still send you into a state of panic, and so much more.

What made this such a great remake were the new areas and enemies. Fans of the original game would still have a lot of familiarity for sure, but there were plenty of new areas inside and outside of the Spencer Mansion, which alone helped the game to feel fresh. Even those familiar areas benefited greatly from the makeover.

I’ve spoken about them in my best enemies of the Resident Evil series, but the addition of the Crimson Head zombie was another game-changer for the remake. Up until that point, you’d down a zombie and that was pretty much job done. However, unless you decapitated or burned some zombie bodies, they would later rise as the Crimson Head in the remake.

The Crimson Head would suddenly rise with red burnt-like skin (hence the “Crimson” name), it had razor-sharp claws, and it would deal far more damage than any standard zombie. If that wouldn’t send you into a state of panic, the fact that it could sprint and open certain doors would send you into an absolute frenzy!

If you were lucky, you might explode a zombie’s head with a gunshot, giving you a sense of relief knowing that the zombie is truly done for. However, spread throughout the mansion were oil canisters which gave you the opportunity to fill up your small hip-flask.

The oil allowed you to set a downed zombie on fire so that it wouldn’t rise as the Crimson Head later on. However, you could only carry so much oil at a time, and the canisters only contained so much. Do you burn this zombie, knowing that it won’t come back, or do you save the oil for later, knowing that a Crimson Head is likely to rise? Strategy is another feature which makes the RE remake so special.

For a game that was a lot of inventory management, this mechanic gave you genuinely tough decisions to make, because you knew one way or another, the Crimson Head was inevitable.  Sadly, the 2002 remake was the last we’d ever see of the Crimson Head, and despite this creature giving me nightmares, I hope that we’ll see it again one day.

The remake also introduced Lisa Trevor, who wanders the mansion and the surrounding forests. Your encounter with Lisa Trevor would be a slow-burn process, but the sound of her groans and rattling chains would be enough to let you know that something sinister is coming your way. Lisa Trevor’s story was also tragic and I felt quite guilty having to kill her, but if you didn’t, she would sure as hell kill you.

As you might expect with a remake releasing three console generations after the original Resident Evil 2, the difference between the 1998 RE2 and the 2019 remake was massive. In a lot of ways, it took inspiration from the 2002 remake.

The game was familiar to fans of the 1998 original, but visuals aside, it was also built from the ground up with new areas and some redesigned enemies, as well as a few extras. Resident Evil 2 remake feel like a completely new game.

Much like the Crimson Head, the addition of Mr. X in the remake campaign was also a welcome surprise, despite sending my stress levels through the roof. In the 1998 original, Mr. X was reserved for the bonus scenarios, but when we first saw Mr. X on the CCTV in the RPD walking down that corridor, we knew that we would be in for a world of trouble.

However, as great as the Resident Evil 2 remake was, it wasn’t perfect. The game was criticised by some for its short campaigns. Personally, being able to speedrun the game in two or three hours once you know your way around wasn’t an issue for me. After all, the original RE2 could be done in not much over an hour if you knew exactly what to do.

However, the bonus campaigns in the RE2 remake weren’t all that different, which was a little disappointing. Despite this slight issue, 2019’s Resident Evil 2 still followed in the footsteps of the 2002 remake in being one of my favourite remakes of all time. Then just a year later, Capcom would treat us to another remake, this time with Resident Evil 3 in 2020.

I loved the Resident Evil 3 remake, so much so that I must have finished it at least 10 times over within the first few weeks of its release, but that doesn’t mean that it wasn’t without its issues.

For starters, there was quite a lot of cut content from the original Resident Evil 3 of 1999, most notably the Clock Tower and Grave Digger a.k.a (giant worm) boss fight. Would I have liked to see these sections in the Resident Evil 3 remake? Sure, but it wasn’t the main issue for me.

My main issue was the encounters with the Nemesis. This super-tyrant was far superior to that of Mr. X; for starters, he carried a Rocket Launcher and a Gatling Gun! However, unlike Mr. X, the Nemesis encounters were completely scripted and he would only appear when the game allowed him to during specific moments. Yes I know he was scripted in 1999, but so too was Mr. X in 1998.

Mr. X in the 2019 remake would wander the halls of the RPD trying to hunt you down and you would spend much of your time hiding in a save room, listening out for his heavy footsteps which would give you an indication of whether or not it was safe to leave the room. We had none of that with the 2020 Nemesis, and many of us had hoped that this menacing S.T.A.R.S hunter would hunt you down similar to that of the 2019 Mr. X, making his encounters feeling unpredictable.

Just like the RE 2 remake, the RE 3 remake was heavily criticised for its length. As per HowLongToBeat, the whole campaign can be completed in just six hours, considerably less than RE 2 remake, which the site has pegged at eight and a half hours to complete. Paying AAA prices for a six hour game left a salty taste in the mouths of many.

Listening to the fans

Despite not being perfect, I still loved the Resident Evil 3 remake. I also feel very positive about its flaws and the reason being is Capcom. This new Capcom of the modern era seems to listen to fan feedback and cares about pleasing its gamers.

I believe Capcom will be well aware of what fans loved and didn’t love of both the Resident Evil 2 and 3 remakes. So, potentially with the rumoured Resident Evil 4 and Resident Evil – Code: Veronica on the way, I’m optimistic that Capcom will take into account what fans have said and turn that into a positive when developing remakes of the future.

While not officially confirmed, the unfortunate leaks at Capcom recently made it likely that a Resident Evil 4 remake is inbound, though it is years away from being released. Resident Evil 4 is considered by many to be the best in the series, and I’d find it difficult to argue against the case. However, it was a turning point in the series for better or worse that led to more action-orientated entries such as Resident Evil 5 and 6.

What should a Resident Evil game be?

When the Resident Evil 4 remake inevitably arrives, which direction will Capcom take it? Do the developers stick to the original formula and make it a like-for-like remake, or should they throw in new elements similar to that of the 2002 and 2019 remakes?

Personally, I hope for a bit of both again, but yet, I think due to the fact that so many fans love RE4 for different reasons, there’s always going to be some happier than others. This is why the RE4 remake could offer the steepest challenge yet for Capcom in terms of doing the game justice.

Another remake that fans have longed for is Resident Evil – Code: Veronica, perhaps the last of the true old-school survival horror titles of the series. I recently played through Code Veronica and I forgot how tough and lengthy that game is. Many fans want the Code Veronica remake more than other titles in the series, as it’s arguably the game that needs it the most.

However, much like the potential RE4 remake, Code Veronica will also be a very tough task for Capcom. After all, if the developer lessens its difficulty and turns the game into something that you can blast through in a few hours, many fans will be annoyed with that.

Whenever Capcom decides to release remakes for Resident Evil 4 and/or Code Veronica, as the old saying goes “you’re damned if you do and damned if you don’t”.  In this day and age, I don’t have too much faith in some AAA publishers or developers, but since 2002, Capcom is a company that has earned my benefit of the doubt. So whichever Resident Evil remake may arrive next, I can’t wait to once again re-enter the world of survival horror.