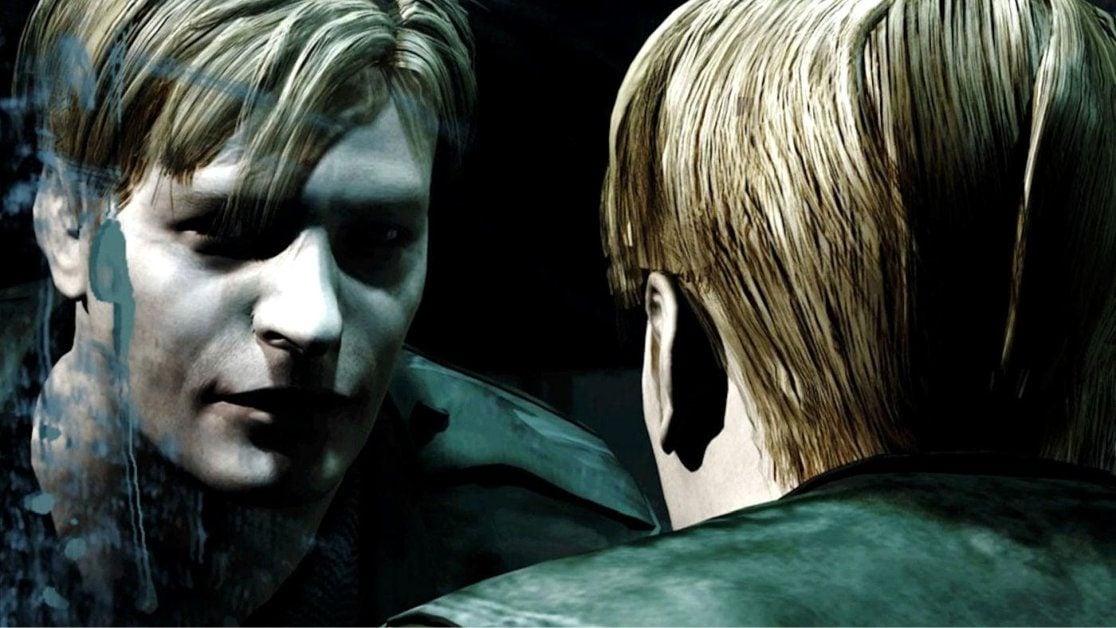 It has long been speculated that during the opening scene of SH2 where Sunderland is staring into a toilet mirror, he was in fact looking at the player. However, that is apparently not the case.

James Sunderland in Silent Hill 2 isn’t looking at you

In the original image of Sunderland looking into the mirror, it’s nearly impossible to see the character’s eyes.

However, with the contrast cranked up, Sunderland appears to be looking directly at the player.

Ito seemed quite irritated in his tweet debunking the rumour. “So many people have asked me. But it’s a headcanon. James doesn’t look at the player,” adding “I’m so fed up with this.” Ok, easy now, Ito-san.

Ito-san continued his mini rant: “In the first place, why does he have to see the player who exists in out of the story? He is now there for looking for his wife. Consider the context of the story.”

In the first place, why does he have to see the player who exists in out of the story? He is now there for looking for his wife. Consider the context of the story.

It’s not the first time Ito-San has been annoyed

Believe it or not, this isn’t the first time that Ito-San has aired his annoyance over Silent Hill on social media.

Back in February 2022, he said that he wished he’d never created Red Pyramid Thing aka Pyramid Head.

When is the SH2 remake release date?

At this time, the Silent Hill 2 remake doesn’t have a release date. However, fans hope that it will launch in late 2023.

That being said, what we do know is that the remake is a timed exclusive for PC as well as PlayStation 5. It will then release for the Xbox Series X|S at a later date.

Are you looking forward to the Silent Hill 2 remake? Let us know across our social media channels.