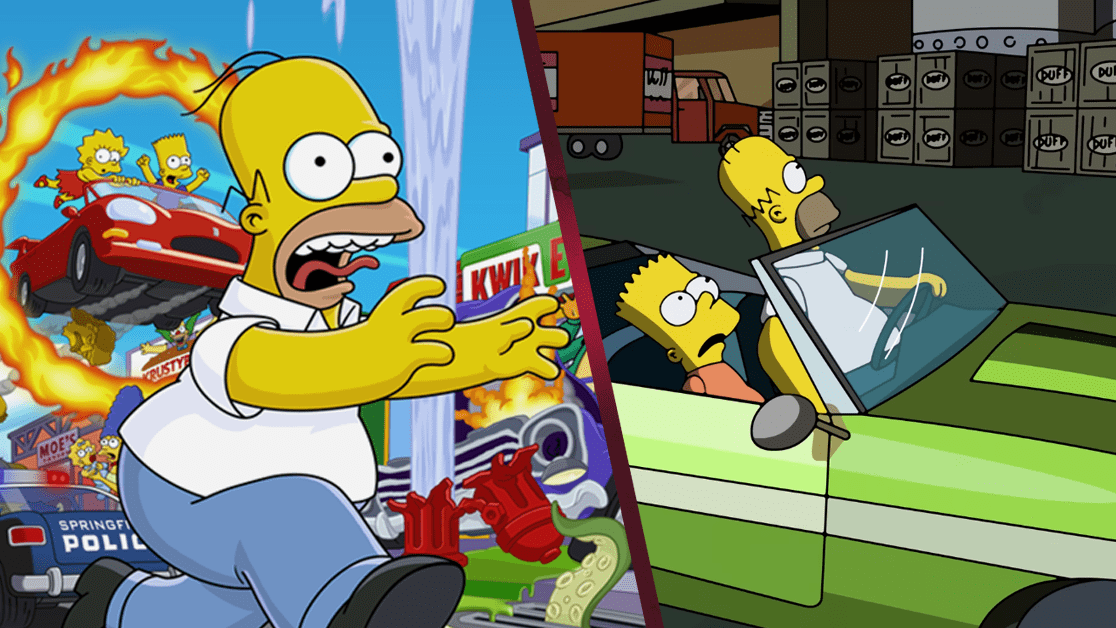 A fan is making their own remaster of The Simpsons: Hit & Run, and has even gone to the trouble of animating the game’s cut-scenes in 2D like the TV show.

It was a prime example of the best way to create a game based on a licensed franchise, and now 19 years later, fans are making their own remasters of the beloved game.

Fan El Gato Del Tejado, uploaded footage to YouTube last week of his work so far on recreating the game. However, Tejado went the extra mile with his remaster and has animated the game’s cut-scenes to look like they would if part of the original TV show.

As explained in the video, Tejado doesn’t have much experience in 3D animation. They opted to use 2D animation instead when it came to re-creating the game’s cut-scenes.

To get around this, Tejado studied the original concept sheets from the animated TV show, learning about the dos and don’ts for drawing each character. The end result shows off cut-scenes that look like they were created by the actual Simpsons animators.

The work El Gato Del Tejado has put into their remaster is an impressive feat for one person, especially as it came to learning how to draw and animate the beloved Simpsons characters by hand.

‘Steamed Hams’ Simpsons Scene Is Now Its Own Video Game

This isn’t the first time we’ve been impressed with a mod for The Simpsons Hit & Run.

Last month, we posted how amazed we were at the work done by ruebs, who’s been busy creating his own remaster. Ruebs is transforming the 2003 original, into an open-world game full of additional features and life improvements.

There was also the hilarious mod, originally spotted by Screen Rant, which replaced God of War’s Kratos, and his son Atreus, with Homer and Bart.

With the increase in popularity of remastering and modding The Simpsons: Hit & Run, I wonder if we’ll ever see the real thing.

With the show now in its 33rd season, I’d love to see another big Simpsons game come to PC and consoles. And if it were to be an official remaster or remake of The Simpsons: Hit & Run, that’d be even better.