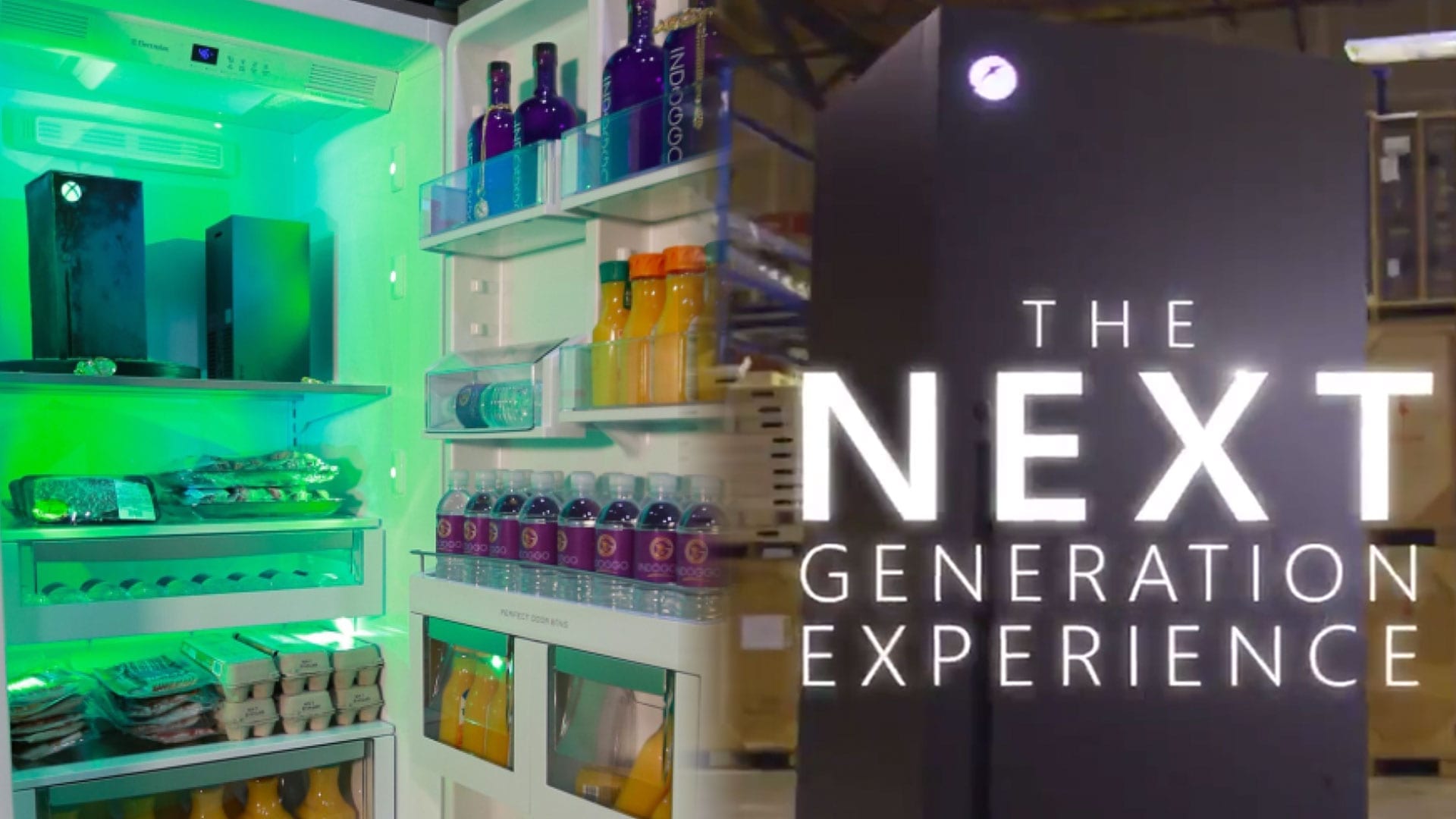 Microsoft is giving away an authentic and giant-sized Xbox Series X fridge, based on the now-classic meme.

Do remember the article from earlier in the week that was showing-off an awesome, oversized Xbox Series X fridge?  If not here’s a reminder.

This epic fridge was created as a brainchild to the popular meme that made the internet rounds where people jokingly compared the appearance of the Xbox Series X to that of a fridge.

When the meme was turned into a real-life product it was sent to legendary rapper Snoop Dogg and social media influencer iJustine.  This amazing fridge sent the internet into frenzy with many wondering if they’d ever have the opportunity to acquire this milk storage device.

The Xbox Series X fridge is simply something that cannot be bought in the shops and in the unlikelihood that it turned up on somewhere like eBay, it would probably cost thousands.

Thankfully there is a chance for you to win the amazing Xbox Series X fridge via the official Xbox Twitter account.  Usually when competitions are being run on the North American Xbox social media page, potential competition winners are restricted to that particular region.

However this competition is open to a number of countries worldwide including the U.S, Canada, United Kingdom, Australia and more.  The full list of eligible countries can be found here.

So how can you be in with a chance of winning this ultra-rare prize?  Well it’s simple, because all you have to do is retweet the tweet with the quote #XSXFridgeSweeps from the Xbox Twitter page.

Sure it’s unlikely that we’ll win the competition, but someone has to win it, so it’s worth entering just in case.  The Xbox Series X|S will release next month worldwide on November 10th.

Are you excited at the prospect of winning the epic Xbox Series X Fridge?  React your levels of excitement by using our Emoji’s below.