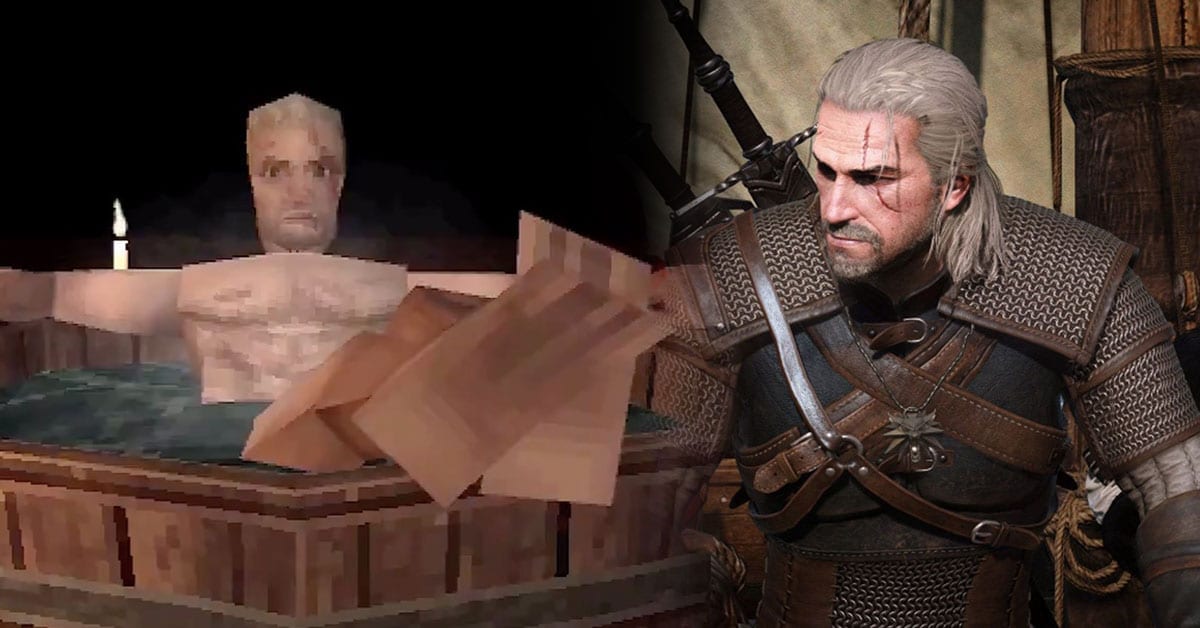 The iconic bathtub scene in The Witcher 3: Wild Hunt has been wonderfully reimagined as an original PS1 game.

Whether you’re a fan of The Witcher 3: Wild Hunt or not, the chances are that you would know of the Geralt of Rivia in a bathtub scene in one form or another.

The Geralt in a bathtub scene (which also included a naked Yennefer just sat there reading a book, as you do) spawned countless memes and even an awesome figurine.

Continuing on with the trend of original PlayStation demakes, video game developer Ander Lundbjörk has reimagined the iconic scene with his own unique twist [via Comicbook].

In this new reimagined scene Geralt of Rivia is once again as keen as ever to play a game of Gwent, however the lines of dialogue have changed to add some humour to the scene. One cheap joke too many results in Yennefer sending Geralt into a deep river butt naked!

After several teases Lundbjörk shared their completed PS1 inspired Witcher 3 scene on Twitter with the words “The Witcher 3 but it’s for PS1.” Check it out in all its glory below!

In related Witcher 3 bathtub news, the iconic scene was recreated in the hit Netflix TV series, however the scene hit some odd complications.

In the past we’ve seen some amazing fan-made demakes inspired by video games of yesteryear such as Bloodborne, Resident Evil and Cyberpunk 2077.

What video games would you like to see receive the demake treatment? Did you enjoy The Witcher 3 bathtub scene on PS1? Let us know across our social media channels.