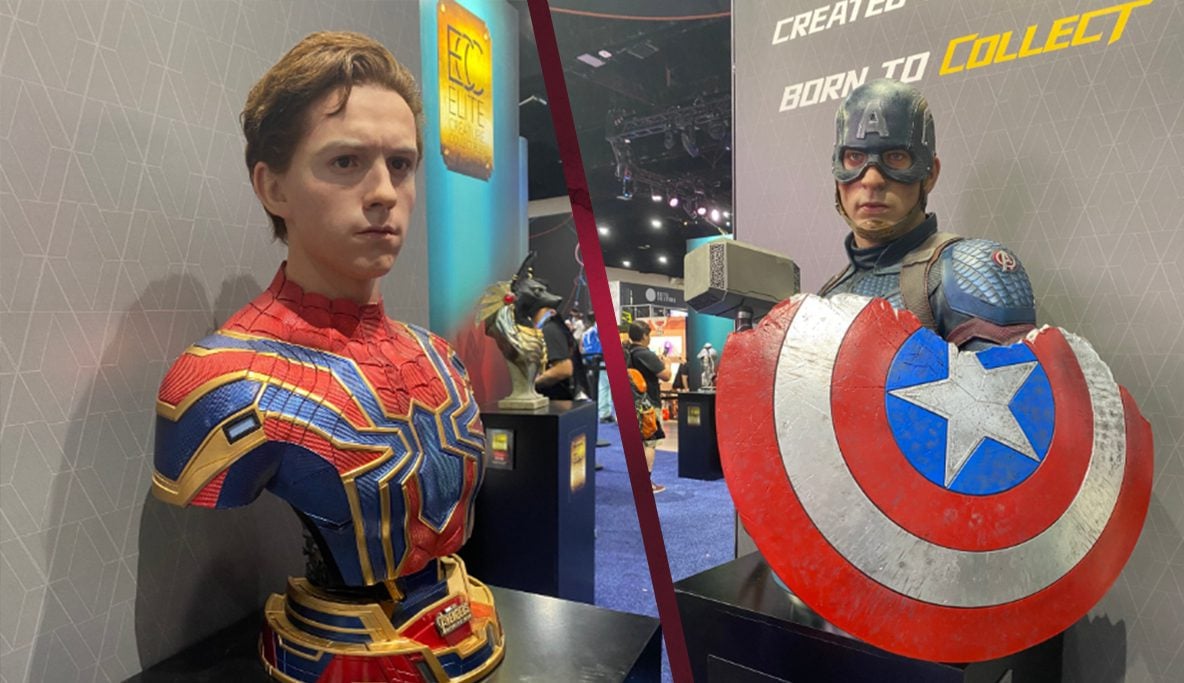 Some life-size Avengers busts were showcased as San Diego Comic-Con this weekend, and they’re almost too realistic.

Everyone knows the Avengers at this point. After 3 phases of movies in the MCU, we’ve had more than enough time to get acquainted with them. They’re some of the most iconic characters on the big screen after the rise of superhero movies.

And Marvel immortalised some of their biggest characters at Comic-Con by showcasing some incredibly lifelike busts of their heroes. IGN took some pictures of the busts at Comic-Con this weekend, and it’s kind of spooky how real they look.

The busts were done by Queen Studios, who created these amazing looking pieces for Marvel. They created these busts using medical-grade silicone and hand-punched hair, methods which are used to make them as realistic as possible. It’s like Steve Rogers is in the room himself.

The characters they created include Captain America, Spider-Man, Doctor Strange and Loki. They also created busts for other franchises and collections, including a Jurassic Park style T-Rex. Get a look at the full collection in IGN’s original article.

And Marvel revealed some surprising things themselves at Comic-Con. They revealed the official schedule for phase 5 and 6 of the MCU. That means we now know all the films and shows to expect from Marvel over the next few years.

The slate includes two new Avengers movies, releasing in the same year in 2025. Avengers: The Kang Dynasty and Avengers: Secret Wars will both premiere in the same year, and they’ll serve as a conclusion to phase 6.

Other films on the slate include Fantastic Four, Thunderbolts and Captain America: New World Order. And before that, we’ve got new Guardians of the Galaxy, Ant-Man and Blade films to look forward to, among others. It’s certainly a good time to be a fan of the MCU.