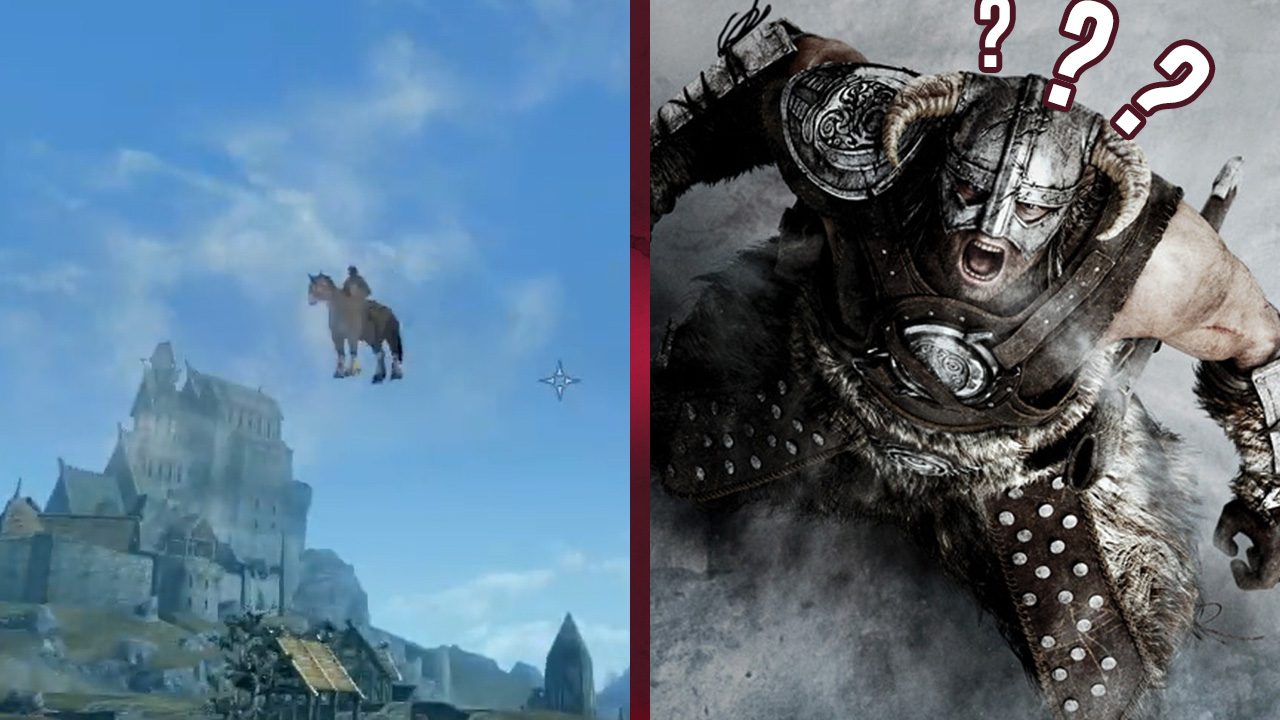 A Reddit user has found a flying horse in Skyrim, near Honningbrew Meadery. Had they drunk one two many meads? Or are there more flying horses roaming around Skyrim?

User u/OperationGlobal7829 posted the video below on r/Skyrim showing the flying horse:

The post is 98% upvoted. Reddit users responded with hilarity – one joked that it was the imperial air force on patrol, another wrote: “Christ! Watch where you are going! Freaking Sunday drivers!”

There was also speculation on what could have caused the phenomenon. Some users wondered if it was just a glitch, or a mage casting a slightly sadistic spell. u/Fulvous_Knight suggested that the player had crossed paths with a speedrunner:

“For clarification: many Skyrim speedruns involve getting on a horse, then using save/reload glitches to launch the player halfway across the continent. I don’t understand how it works exactly, but if you search for Skyrim speedruns on Youtube you’ll see what I mean”

As reported in GGRecon, it’s not the only place you can see a horse fly. You can apparently jump on the back of a dragon while mounted near Skyborn Altar. So you AND your horse can take to the skies (albeit with a little help).

Skyrim is known for its fair share of hilarious bugs. They often make the game more fun. We wrote back in 2018 about the basket exploit in Skyrim. Carefully place a basket (or bucket) on a merchant’s head and you can rob them blind. As they can’t see you commit the crime, so you can get away Scot free.

As one of the commenters under the flying horse post expressed an interest in building a flying horse mod, I’m sure it won’t be long before we get some sort of pegasus patch. It certainly won’t be the weirdest Skyrim mod – we wrote a couple of weeks ago about the Shang-Chi/Jason Statham mod, for example.

Have you ever seen a flying horse (or any other animal for that matter) in Skyrim? Let us know on our social media channels.