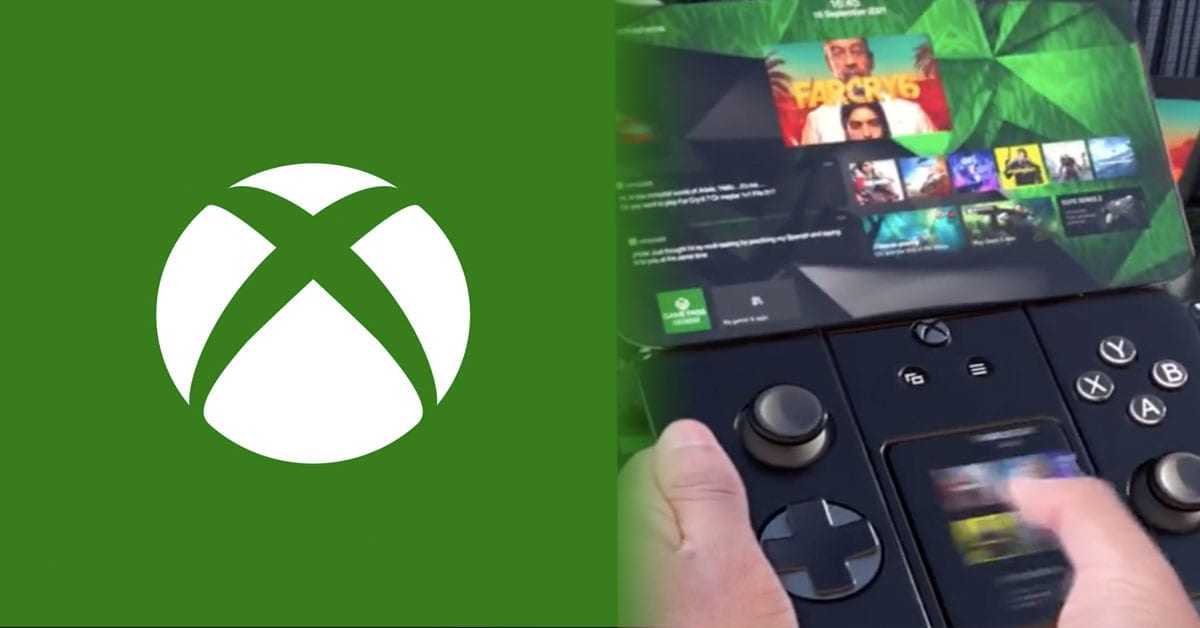 A talented TikTok star has envisioned what it might look like if an Xbox Series S was crammed into a stylish, portable form factor. The incredible portable Xbox console has been affectionally dubbed “Xbox Series Z.”

As reported by SomosXbox, TikTok user imkashama has mocked up a conceptual design for what they’re calling the “Xbox Series Z”.

It features a design not too distant from the likes of the Nintendo 3DS, but of course, could play all of your AAA favourites.

Check out the video of the Xbox Series Z in action below!

Included in the design are two full-sized (but perhaps impractical) joysticks, a D-pad, four face buttons and two screens, one of which appears to be some sort of utility screen.

The console’s sticks ascend from inside once the console’s clamshell is opened, which all happens automatically after pressing the Xbox logo on the front.

While the design of this console is wildly futuristic and anything but realistic, it’s still a sight to behold. In an age where all our wildest technological fantasies seem to have come true, it’s refreshing to see something that sparks that “Marty Mcfly’s hoverboard” vibe.

Microsoft is the only main player in the industry today who has yet to give making a dedicated handheld console a try. Nintendo has dominated the handheld scene since the release of the Game Boy back in 1989, a legacy that has carried through to today’s industry. This is despite various attempts to dethrone the handheld monarch by competitors such as Sony, who learned the hard way with their PlayStation Vita.

Sony has since claimed that it no longer has an interest in the handheld market, after discontinuing the Vita and cutting official support for the console.

This is a crying shame, especially considering the amount of time and effort put into its development and integration with other PlayStation hardware. Not to mention that third party games are still being released for the console, even in 2021!

The Xbox Series S is already very compact, so it’s easy to see how this tech could potentially be miniaturised in years to come. Who knows, perhaps Microsoft will dive into the world of handhelds sometime in the future? Until then, there’s always Xbox Remote Play, which allows you to play your games on that supercomputer you keep in your pocket.

Would you like to see Xbox make the Xbox Series Z a reality, or has Nintendo already claimed the handheld market?