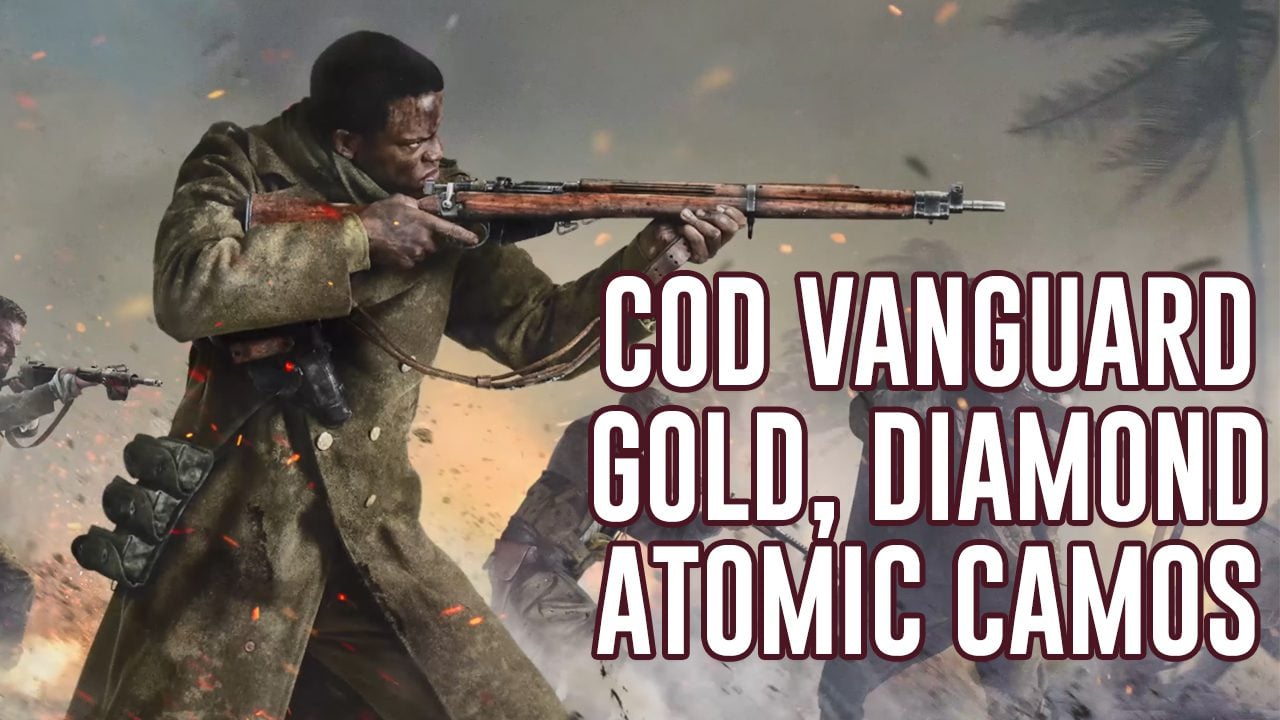 Weapon camos in Call of Duty Vanguard are the only way for other players to know that you are the coolest kid in school. Camos are pretty straightforward to unlock in Vanguard, each gun has its own set of challenges for unlocking camos. As such, here’s our equally straightforward guide on how to unlock the gold, diamond and atomic camos in Call of Duty Vanguard.

Getting a gold camo in Call of Duty Vanguard is not the craziest undertaking (stay tuned for some genuinely crazy undertakings). As I said earlier, each weapon has its own set of challenges for unlocking various camo patterns. These are generally pretty simple, like a whole set of camos for getting kills. One will unlock at five kills, the next at ten kills, etc. Each weapon in the game has its own set of camo challenges to complete. To unlock the gold camo, you need to complete all of the camo challenges for that weapon. Simple as that! It will take some time, but for your favourite weapons this shouldn’t be too difficult.

Diamond camo is a little more difficult than gold, as it should be. Where getting gold camo involved completing all of that weapon’s challenges, getting diamond requires you to get the gold camo for every weapon in that category. So, if you have a favourite assault rifle and you want to get the diamond camo skin for it, you’re going to have to complete all camo challenges for all of the other assault rifles. That’s a pretty big ask, but I suppose diamond implies a big challenge. So then, what about atomic?

Woof. In order to unlock the atomic camo for one gun, you have to unlock everything. Complete all the camo challenges, for every weapon in the game. All the primaries, of course. Also all of the secondaries, so all the pistols, all the rocket launchers, also the melee weapons. That means the combat knife and the riot shield. Now, thankfully there aren’t quite as many difficult challenges for the less useful weapons, but you still have to use them all. This is a pretty monumental task, so if you encounter someone with the atomic camo you might want to run away.

Be sure to also check out our review of Call of Duty Vanguard here.