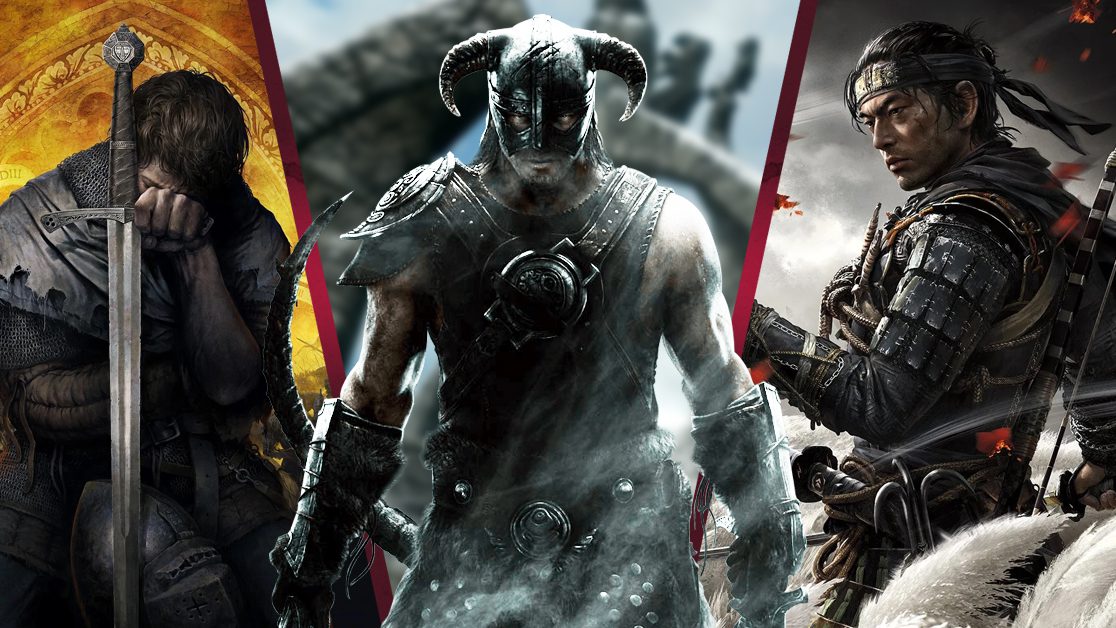 What are the best games like Skyrim? Bethesda’s The Elder Scrolls: Skyrim is one of those rare forever-games, and not just because it’s been released on what feels like everything from the PC to PocketStation.

Home to a compelling blend of misty mountains, dangerous dragons and robust skill trees, Skyrim makes players come back to Tamriel again and again, even over a decade after its original 2011 release.

With The Elder Scrolls VI remaining a twinkle in Todd Howard’s eye, fans of gorgeous, explorative open world games are turning to other sources to get their horseback adventuring fix. We explore the best games like Skyrim that you can play right now, from indie fave Outward to Bioware’s epic Dragon Age: Inquisition.

Set in a world of fae courts, lush landscapes and gnomes with dubious research qualifications, Kingdoms of Amalur: Re-Reckoning treads familiar fantasy paths with confidence. A lore-heavy game, players are treated to backstories from author R.A. Salvatore (creator of Drizzt Do’Urden, for you elf fans) and an accompanying OST by composer Grant Kirkhope. On original release the game was praised for its engaging action combat, and this is still true in the 2020 remaster; players are encouraged to refine and develop the traditional sword / bow / magic class system.

Though any game in the franchise could be considered as one of the best games like Skyrim for fans, The Elder Scrolls Online lets players actually revisit the land of Skyrim itself: albeit a millennia before the antics of everyone’s favourite Dragonborn. Gameplay is obviously different due to its MMO nature, but player classes like the Sorcerer will feel familiar thanks to their skills and overall aesthetics. The game also excels in letting players discover random events and encourages roaming exploration, so you can recreate that sense of discovery on horse-, wolf- or even cave bear-back.

While the setting couldn’t be any more different, Ghost of Tsushima captures the essence of exploration like few games have since Skyrim. Protagonist Jin Sakai travels the real Japanese island of Tsushima on horseback, meeting a cast of colourful characters while retaking key locations from an invading Mongol horde. Combat has plenty of sneak for those perennial stealth-archer fans, and there’s something undeniably cool about distracting enemies with a wind chime. Play the Director’s Cut and experience the truly gorgeous graphics throughout the Iki Island expansion.

Ghost of Tsushima is available on the GameByte Shop for £44.95.

In Dragon’s Dogma: Dark Arisen, players are tasked with defeating a dragon who acts as a harbinger of the apocalypse. Sound familiar? This is the game that will scratch your dragonslaying itch if nothing else does, with its gritty open world, large settlements and abundance of dragons to fight. Developed by Capcom, the combat feels more Devil May Cry than Skyrim, but in many other aspects – the open world and NPCs come to mind – Dragon’s Dogma: Dark Arisen offers a robust medieval experience perfect for adventurers fresh from Tamriel.

Dragon’s Dogma: Dark Arisen is available on the GameByte Shop for £23.99.

Expanding on the futuristic, post-apocalyptic Western United States introduced in the first Horizon story, Horizon Forbidden West is more robot nerves than dragon scales. However, the vast, mountainous landscape offers so much wonder and exploration that the game and its prequel are definitely contenders for best game like Skyrim released in recent years. Protagonist Aloy’s Nora tribe has the same Scandinavian influence as the Nords of Skyrim, and though the combat leans more to the action than the RPG side of things, there’s still a beloved skill tree available.

Horizon Forbidden West is available on the GameByte Shop from £55.95.

Read more of our picks for the best games like Skyrim that you can play right now, from Bioware’s epic Dragon Age: Inquisition to ‘Skyrim with(out) guns’, Far Cry Primal.