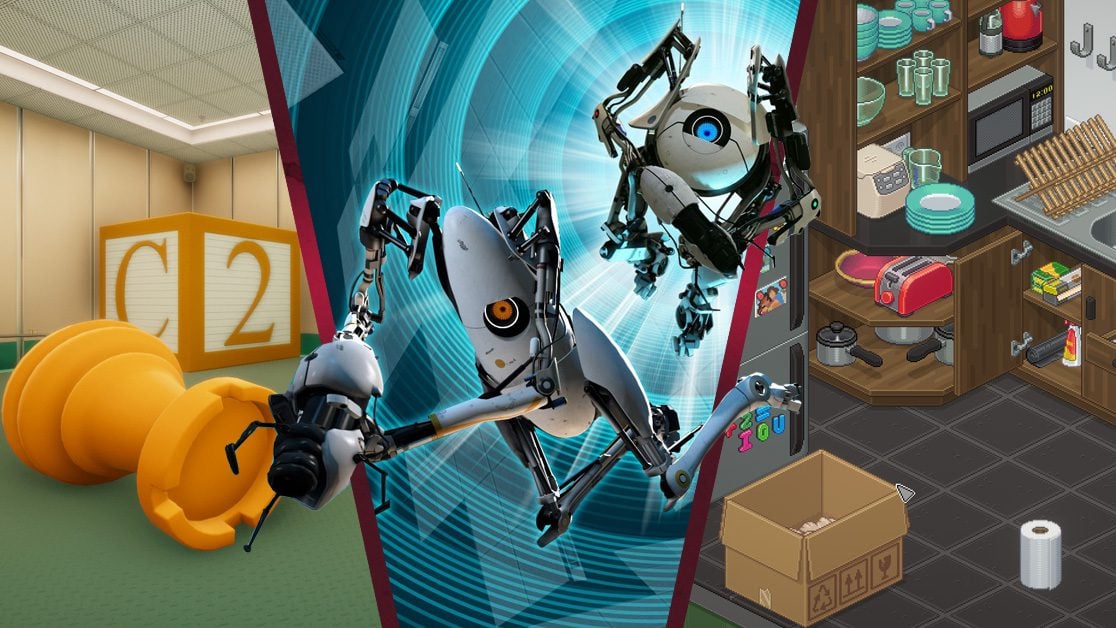 What are the best puzzle games to play? Love ‘em, fear ‘em, wait until the guide comes out: the very best puzzle games make you think, combining mystery and rule-bending antics into satisfying packages that stick around long after completion. We all love a good riddle, even when we need to step away from the console (and phone the hint helpline like it’s 1999).

Here’s the top 10 best puzzle games to try right now, whether it’s the reality-bending classic Portal 2 or zen organisation experience Unpacking. Got your clues notepad at the ready?

Meticulously dismantle junk spaceships in Hardspace: Shipbreaker, a puzzle game that’s part salvage simulator and part sci-fi parable. Armed with nothing more than a simple tool and a tether, you’re tasked with taking apart vessels that have an alarming propensity to blow you straight to space if you cut the wrong wire. For all that, it’s a strangely relaxing experience, as you figure out the best way to strip valuable materials while working against your poor tools and low oxygen levels. Like bomb disposal, but beautiful.

Debate philosophy while you wander a gorgeously realised world, with puzzles that prioritise strategising over quick thinking. The Talos Principle has over 100 different challenges to tackle, and while the game doesn’t offer groundbreaking new mechanics, the puzzles themselves are all impeccably crafted. Each clear will see praise and encouragement from narrator Elohim, and you’ll be asked to think about what constitutes humanity as you flip switches and jam signals. The game never falls into being Philosophy 101, but you might need a lie down after some of the brain teasers, be they puzzle or Plato.

Love escape rooms? Got the stamina for 20 in a row? You’ll love Escape Simulator, a bright, punchy first-person puzzle game set in a series of highly interactive escape rooms. With all the destruction you’d love to do in a real-life escape room, Escape Simulator lets you smash objects, rummage through decor and break locks to find your way out. Each room is fantastically themed, and there are community levels available for players to outsmart one another. Play with friends and lose your minds together.

You can’t talk puzzles without Portal 2. Widely considered one of the best puzzle games ever, this mind-bending, sass-delivering platformer needs no introduction. Throwing out portals feels just as incredible as it did on release, and the Aperture Science Labs offer a range of platforming challenges that’ll have you leaping and teleporting like there’s no tomorrow (because for Chell, there isn’t). A perfect sequel in every way, Portal 2 has a completely separate cooperative experience, which might just be better than the already excellent solo campaign. Now two of you have to think with portals!

Part of the same grand tradition of death games as Squid Game and the Danganronpa series, the Zero Escape trilogy follows nine poor individuals, all kidnapped by the mysterious “Zero” until they can bolt from their increasingly dangerous surroundings. As much a visual novel as it is an escape game, the real fun comes from figuring out character backstories and what has gone wrong. Part narrative whodunnit and part point-and-click mystery, with a surprising amount of tension and pseudo-science. Play in order for max shock value.

Read on to learn our next five picks for the best puzzle games to play right now: hints optional.