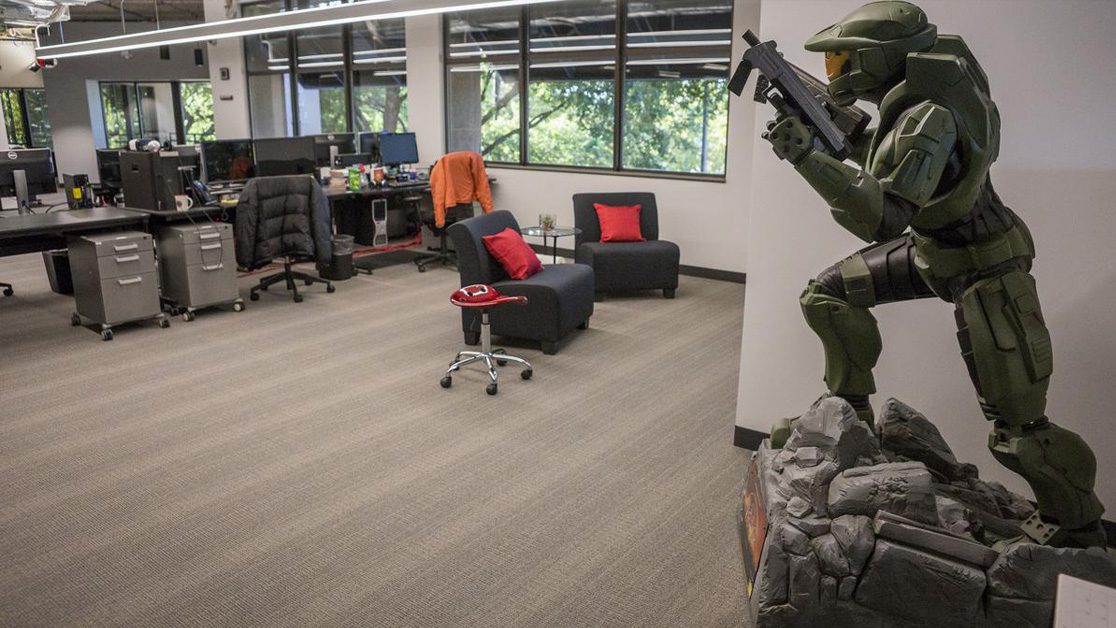 Certain Affinity, a studio that has assisted on Halo games, has announced that it will assist in relocation costs for staff that might be subjected to hostile anti-abortion and anti-trans laws.

A recent leak revealed that the US Supreme Court has plans to overthrow Roe v Wade, a ruling that protects abortion rights across the states. And transgender youths have also been targeted in a recent wave of transphobia. Now, Certain Affinity’s CEO Max Hoberman has released a statement condemning these plans, as well as offering his staff financial support to relocate to another state, should the state they live in no longer be safe for them.

what did hoberman say?

“If the state or province that you live in restricts access to what a majority of medical experts consider essential care, and this makes remaining there untenable for you and your family, we will cover the pre-approved, documented, reasonable out-of-pocket costs of your relocation to another, safer state or province that we operate in,” wrote Hoberman in the statement.

It’s a huge move in the games industry, as many studios have remained silent regarding abortion rights and the rights of transgender people. Destiny developer Bungie did release a statement earlier in the month regarding the anti-abortion concerns, expressing condemnation and support of its staff, but with no specifics as to how.

“At Bungie we believe that everyone has a right to choose their own path and that freedom is expressed across all facets of life,” wrote Bungie at the time. “Bungie is committed to safeguarding the freedom and privacy of its employees and providing support to all employees affected by this decision.”

It’s incredibly important to see studios like Certain Affinity and Bungie making clear cut statements such as these. If Roe v Wade is overturned, states will be individually be able to determine abortion laws. As an example, Texas passed a law banning abortions after six weeks of pregnancy with a “bounty hunter” rule which allows residents to sue anyone helping someone to get an abortion after it takes place.

Hopefully more studios will continue to come out with statements condemning the potential overturning.

Safe in our World