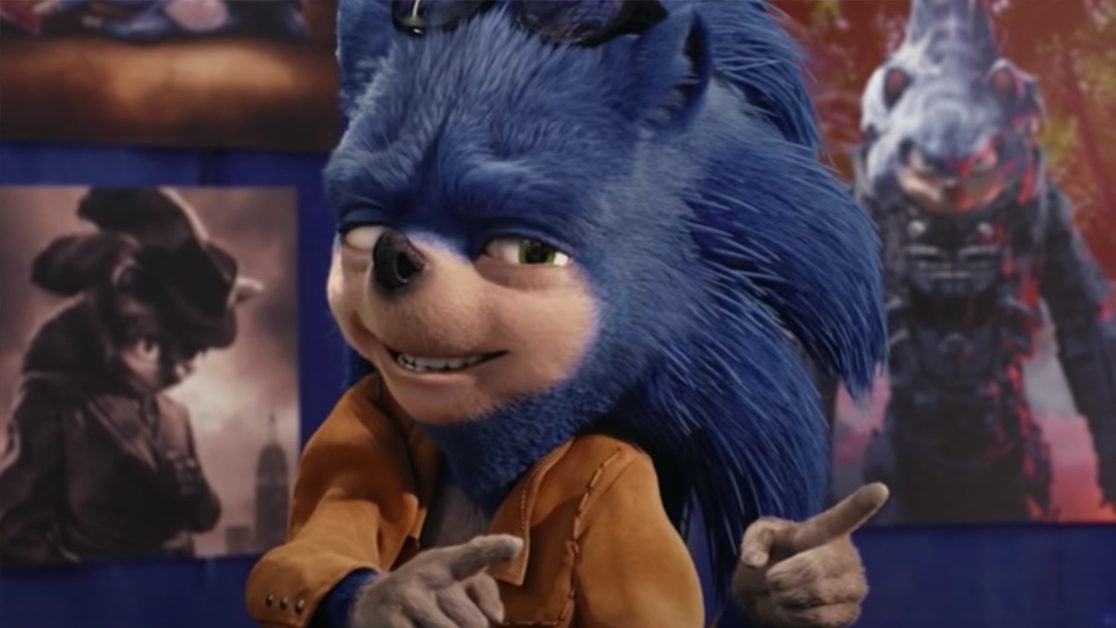 That original Sonic the Hedgehog movie design will never die, as Ugly Sonic made an appearance in Chip ‘n Dale: Rescue Rangers.

Remember back in the before times, the far-off year of 2019, where we first met the design-by-committee version of Sonic the Hedgehog? We’re sure you don’t want to, but tough, because Ugly Sonic as he’s been dubbed is back. Though weirdly enough, not in a Paramount Pictures film, but in a Disney film.

Last Friday (May 20), Chip ‘n Dale: Rescue Rangers was released on Disney+. There are plenty of fun references to be found in the film, even including some subtle nods to Kingdom Hearts. But the biggest cameo of all easily belongs to Ugly Sonic.

That’s right, Chip ‘n Dale managed to get Sonic’s original movie design into the film, and it’s not even an insignificant role. In this version of Chip ‘n Dale, the characters are just actors, which is the same case for Ugly Sonic. And rather than being voiced by Ben Schwartz, this Sonic is voiced by I Think You Should Leave’s Tim Robinson.

Speaking to Polygon, Lonely Island member and director of the film Akiva Schaffer said it wasn’t an easy task. “It was a process. […] You don’t usually come out of a movie and want to thank the lawyers, but we genuinely owe the Disney lawyers for being team players… they had to work really hard,” said Schaffer.

“It’s easy for me to go, like, ‘Oh, it would be cool if My Little Pony was in the movie, and they’re like, running in the hallways’ […] but then [the lawyers] have to go call Mattel and pitch them the movie, and tell them it’s not making fun of [the characters], and then I have to get on, and then blah, blah, blah. So it was a process.”

If you haven’t watched it yet, it is genuinely worth it for the cameo alone. But be warned: the teeth are just as uncomfortable.