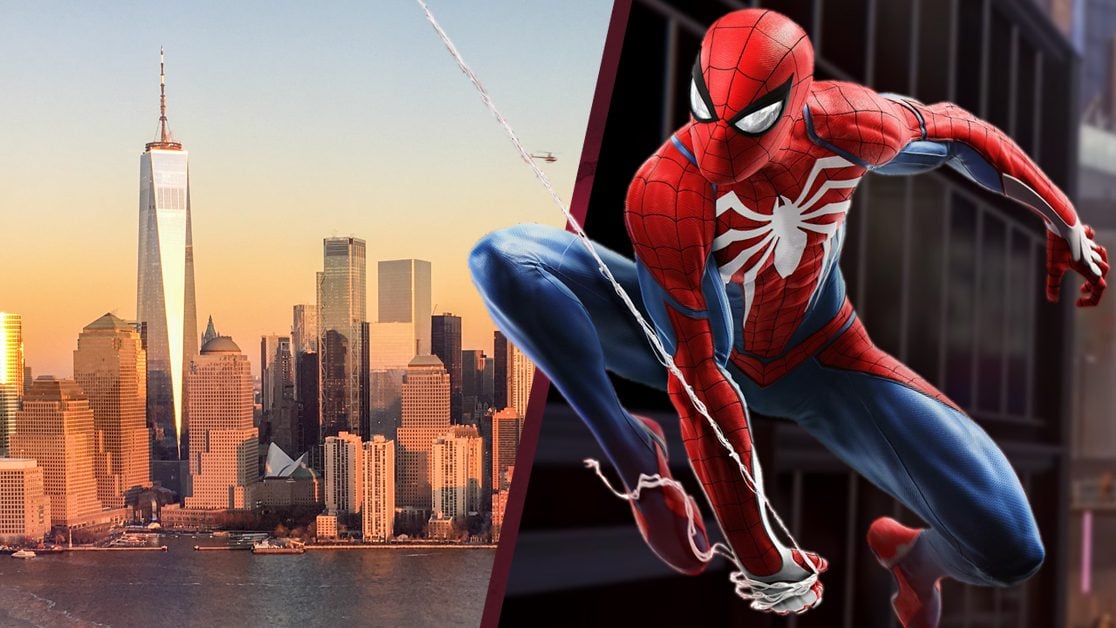 Marvel’s Spider-Man on PC seems to have cut another iconic New York landmark from its upcoming release. However, it’s not the first time.

Marvel’s Spider-Man, developed by Insomniac Games, is the next PlayStation console exclusive coming to PC and is regarded to be one of Sony’s best exclusives in recent years. So, PC gamers are in for a real treat when Spidey swings on to PC this August.

The friendly neighbourhood Spider-Man coming to PC was announced at the recent State of Play event. However, during its reveal, eagle-eyed gamers have noticed an exclusion from the game.

As reported by GamesRadar, fans on Reddit had noticed that the One World Trade Centre has been removed from the game’s main menu screen.

Interestingly, despite the One World Trade Centre featuring on the main menu of Marvel’s Spider-Man, it never actually featured in the game. Meaning that Spider-Man was never able to scale the iconic landmark.

Spider-Man Could Have Been An Xbox Exclusive

In comparisons used in this article, you can see that the One World Trade Center features in the PlayStation version of Marvel’s Spider-Man, but not the port that is coming to PC in a couple of months.

Other landmarks have been cut

Furthermore, as mentioned by GamesRadar, this is not the first time that an iconic New York landmark has been cut in the game. The Chrysler Building can not be found in Marvel’s Spider-Man, apparently due to copyright ownership.

In related Marvel’s Spider-Man news, it is reported that its sequel will arrive on PlayStation 5 as early as next year. Happy days!

Unfortunately, it seems that we might be waiting longer for Insomniac’s other comic book adaptation, Marvel’s Wolverine. Though, I’m sure Logan’s first appearance on PS5 will be worth the wait.

Are you looking forward to some epic web-slinging through Manhattan on PC? Let us know across our social media channels. Marvel’s Spider-Man is coming to PC on August 12th.