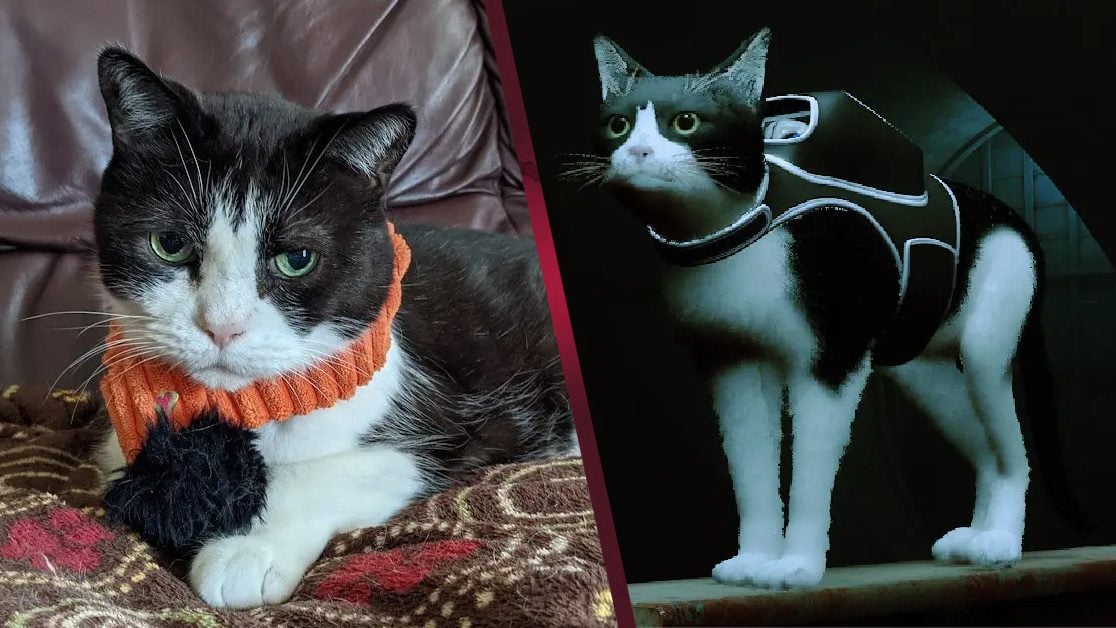 Stray modders are now putting real cats into the game. Though, I think this was only a matter of time before it happened.

When Stray was released in July, it quickly became an overnight sensation. After all, you get to play as a cat in a futuristic, cyberpunk post-apocalyptic world. Like seriously, what’s there not to love?

Naturally, the Stray modding community quickly began working its magic. In recent weeks we’ve seen the likes of Spyro the Dragon becoming a playable character. However, modders have also added CJ from GTA San Andreas, and it’s more terrifying than you might expect.

Thankfully, to hopefully erase the image of CJ being a playable cat, gamers have been uploading images of their cats for modders to make them playable in Stray. If you visit the modding website Nexus Mods, there are loads of real-life cat skins to choose from.

Unfortunately, with these being mods, the cat skins are only available on PC. However, it would be awesome if the developers of Stray, Blue Twelve Studio later released DLC that might resemble a variety of different cats. We can only hope.

In our review of Stray, we said: “Stray is a delight of a game to experience. Forcing players to make organic progress feels like a genuine achievement, and viewing this world through the unique perspective of a cat gives the story considerably more weight. Stray is a game that you will think about even when you’re not playing it.”

In related Stray news, it seems actual cats have also been loving the game as much as we have, and proud pet owners have been sharing images of their cats watching Stray!

Would you like to see your cat featured in Stray? If so, feel free to share your cute pet cat pics across our social media channels.