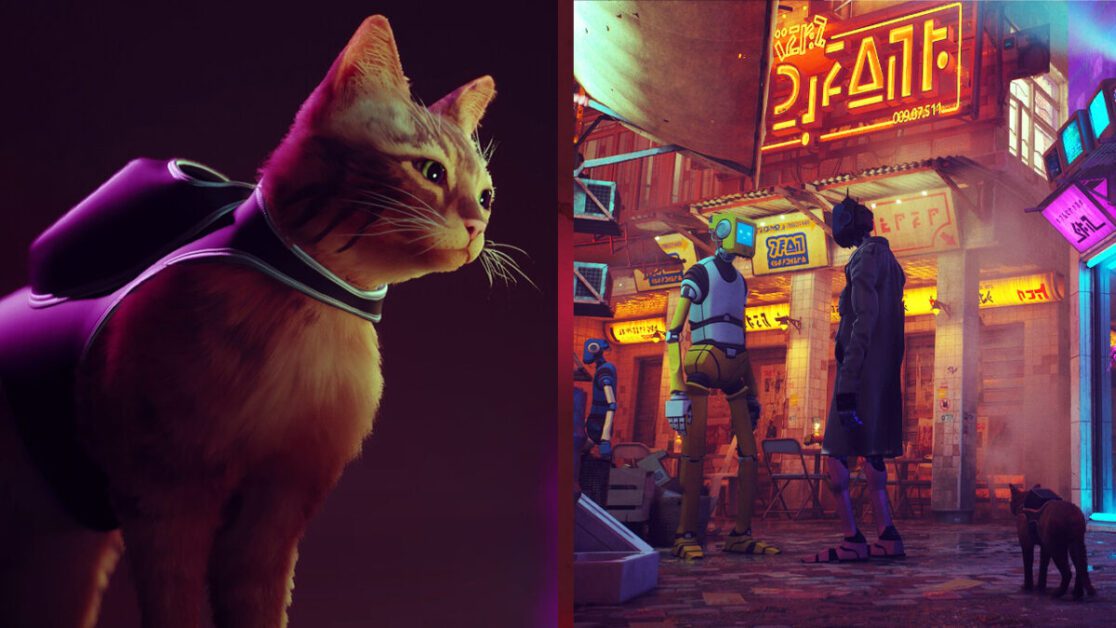 If a leak is to be believed, the cyberpunk adventure cat game Stray might be releasing this coming July.

According to the Twitter account PlayStation Game Size, the PlayStation Database currently has Stray releasing on July 19. This would certainly line up with what we heard earlier in the month, as Stray currently has a summer release window.

But as PlayStation Game Size notes, it’s entirely possible that this is just a place-holder for now.

Stray has been in development for a good few years now. But it got a proper re-reveal during a State of Play in 2020. The game looks to have some incredibly strong cyberpunk vibes. And what other game lets you play as a cat in a futuristic city?

Last July we got our first proper extended look at the game with a gameplay walkthrough. In the game, you play as a cat that has been separated from its family, and has to try and survive a “long-forgotten city.” There looks to be a number of puzzles and mysteries to solve, in the way only a cat can.

You’ll also get to pair up with a small drone called B12 who will basically act as the cat’s very own Navi. B12 will help you pick up a variety of items, and interact with the inhabitants of the city. Essentially, they look like a match made in heaven.

With a potential release date coming so soon, it has left fans wondering if there is a PlayStation event coming up. After all, Not-E3 season is almost upon us, so it would be the perfect time to hold one.

Don’t Forget About ‘Stray,’ The Cat Adventure Coming To PS5

Sony should have plenty of games to provide updates on. Like Final Fantasy 16, which is apparently in the “final stages of development.”

And we still need to get a good look at God of War Ragnarok. Though we were shown what the accessibility features will be like recently.