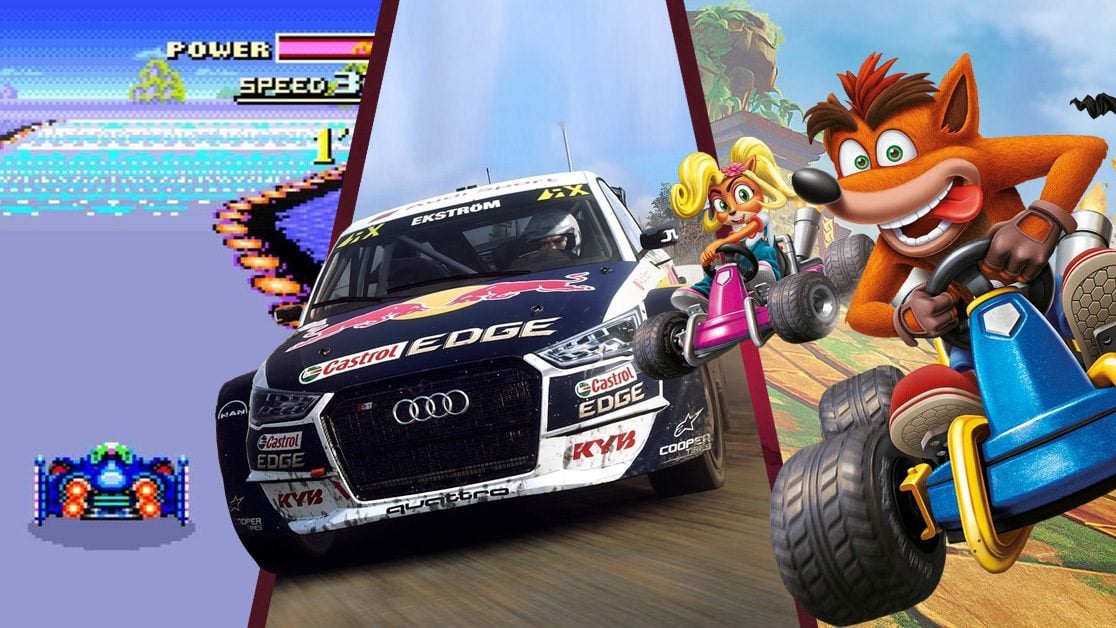 Here are the rest of our picks for the best driving games to play in 2022!

Brand new to the lineup is F1 22, the latest entry in Codemasters’ long-running F1 racing series. This new addition to the yearly racing sim benefits from an updated appearance on current gen consoles and PC, an immersive presentation and the first-time inclusion of VR racing. It’s also the first game to feature the new rules and regulations introduced in the 2022 Formula One World Championship, though time will tell if that’s to its benefit. Read our full review on whether this game lives up to its much-loved 2021 predecessor.

Burnout Paradise Remastered, the updated take on one of the best open world racing games ever, is pure racing perfection even in 2022. Seamlessly blending racing, destruction and all-too-fun cruising into a single package, this is the best driving game to feel like you’ve been let loose in a playground. If you love Burnout’s classic takedown mode it’s a little different in this version, but bouncing around like a loose car cannon has never felt so good. If only they’d update the soundtrack.

Billing itself as the premier motorsports experience is iRacing, the subscription-based sim racer that is definitely not for the faint hearted. Released in 2008 – though it has regular content updates, the most recent in March 2022 – iRacing features weekend racing formats, dedicated tyre and chassis physics, and so much polish that it’s the racer of choice for esports competitors. Playing with a wheel is essential, but the challenge of mastering your car of choice is a thrill definitely worth chasing. Max Verstappen is a massive iRacing fan, if that convinces you.

No list of the best driving games is complete without a kart racer, and though we all love a bit of Mario Kart, the best racing mayhem undoubtedly comes from Crash Team Racing Nitro-Fueled. With a brutal difficulty curve and more power-sliding than you can shake a bandicoot at, Crash Team Racing promises not just 90s nostalgia but the kind of fast-paced racing that’ll leave friendships in tatters. An essential pick for your driving collection; just make sure you take time to reacquaint yourself with the game’s old school attitude to AI competition (cheap cheaters).

A futuristic evolution of the F1 sport, F-Zero is set thousands of years in the future, bringing ultra-fast arcade racing in hovercraft that feel just as good to handle as ever. Well ahead of its time, F-Zero was one of the first driving games to simulate a 3D environment, paving the way for the likes of Mario Kart, WipeOut and many more racing greats. Play it on the Nintendo Switch’s SNES Online collection and experience true high-speed racing. F-Zero amazed in 1991, and it’ll still wow racing fans today.

And that’s our recommendations for the best driving games to play in 2022, whether you like your races to be realistic or rage-fests (or both). Miss an essential? Let us know on Twitter!