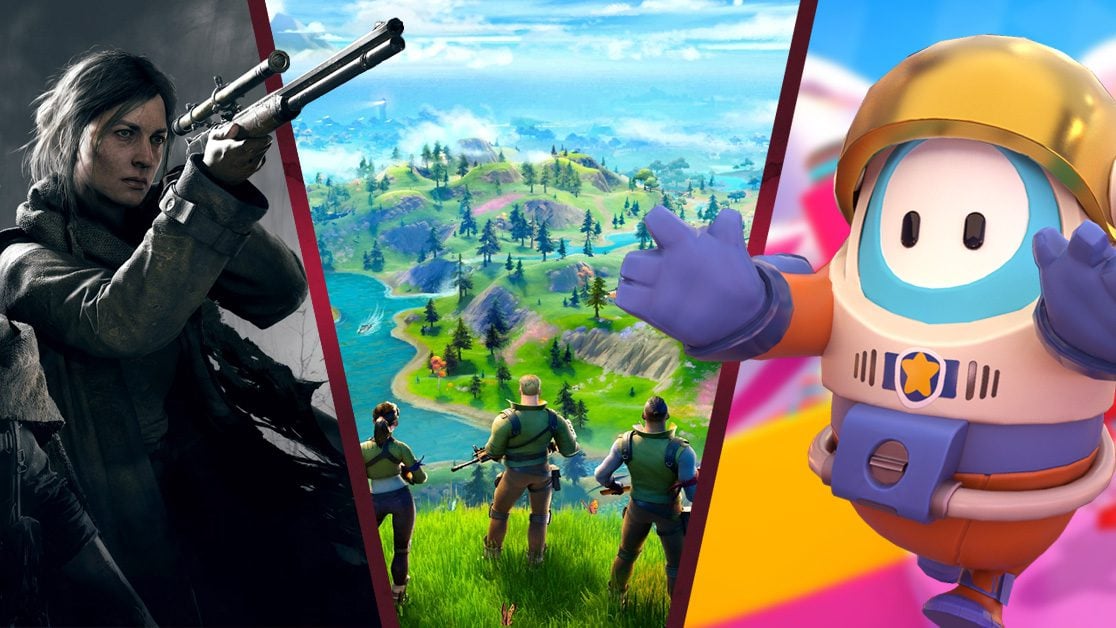 What are the best games like Fortnite? If you haven’t dived into a few matches in Fortnite over the last few years, you’ve either been living under a rock or are halfway through a 4X campaign (powerful either way). A cultural phenomenon that’s spawned dozens of clones, launched real world events and broken Twitch records, Fortnite has proved it’s here to stay, attracting millions of players around the world.

Not keen on the latest DLC, or need a break from the hyperactive vibes the game is famous for? We’ve picked more games like Fortnite you should be playing, from hero royale Apex Legends to tactical sabotage action Among Us. Building not guaranteed.

Let’s get the easy choice out of the way: PUBG: Battlegrounds is the game that popularised the battle royale genre, and should be your first port of call after getting off the Fortnite bus. As one of the best selling video games of all time, PUBG has both a healthy player base and plenty of additional content – though you can now play for free – and with short & snappy matches it provides hours of edge-of-your-seat action. The realistic open world and deliberately difficult shooting mechanics set it apart from the pack.

Dive, dodge and destroy your way to victory in Fall Guys: Ultimate Knockout, a platforming battle royale where chaos is the aim and clumsiness is the game. Recently acquired by Epic Games, Fall Guys has plenty of cross-references for Fortnite fans, and its new free-to-play model makes it a low-commitment pick for the undecided gamer. New seasons are hosted every few months, and with matches consisting of randomly chosen mini-battles this is a game where no two rounds feel the same. A party royale, without the friendship-ruining danger of local multiplayer.

Battle across the Far East in Naraka: Bladepoint, a mythical take on battle royale action that describes itself as “poetically violent.” If you’ve ever wanted to reenact the treetop fight scene in Crouching Tiger, Hidden Dragon then this is the game for you: Naraka’s gravity-defying melee combat combines hero fighters with martial arts madness in a way that’s closer to a fighting game than a last-fighter-standing. There’s a huge amount of character customisation available, if you like your warriors to look their best while they’re face down in the dirt.

Feeling sus? Indie megahit Among Us is one of those games that took Discord by storm during 2020, with its social focus and easy premise making it a hugely popular choice for multiplayer gaming. Work together or betray your shipmates as you repair your sci-fi surroundings, all while two impostors murder and mayhem their way to victory amongst the crew. Like the best multiplayers Among Us has endless potential for chaos, and the cloak-and-dagger play combined with hilariously cartoonish visuals should appeal to players looking for more games like Fortnite.

Hunt for glory in Crytek’s Hunt: Showdown, a PvPvE shooter where you’ll take down bounties, kill targets and fend off rival hunters in high-octane matches. A truly innovative take on the battle royale genre, Hunt: Showdown’s permadeath, stealth-action cowboys scavenge gear to stay alive and be the last hunter standing, with different modes offering shorter or team-based scenarios so you can live to die another day. As you’d expect from the developers of Crysis, this is probably one of the best-looking games in the genre, backed up by some seriously good gunplay action.

Not quite your stop yet? Stick around for more games like Fortnite we think you’ll love.