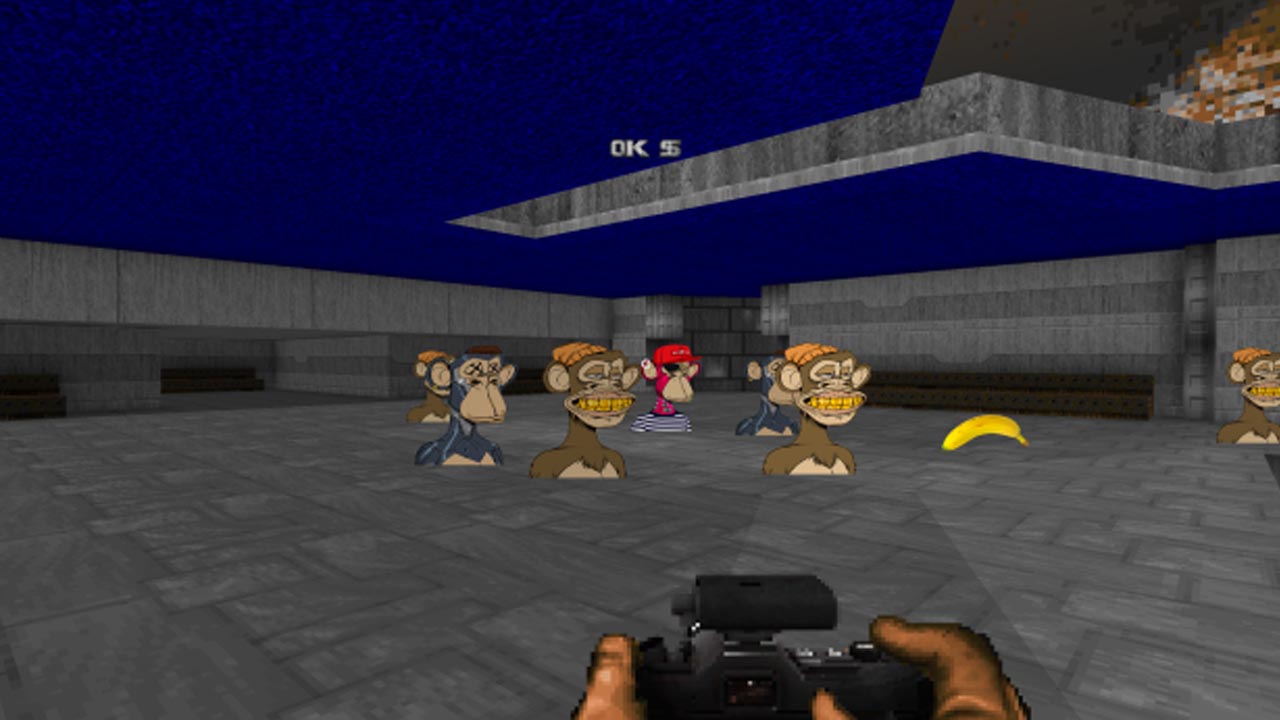 In what was always inevitable, someone has made a Doom mod that lets you take photos of NFTs for money.

It’s pretty likely that when someone says ‘Doom’ you’ll say ‘mod.’ There is just so many of them to choose from. Do you want to play Doom but it’s first person Golden Axe? You can do that. How about playing the original Legend of Zelda? Sure, there’s a mod for that too. And if you fancy something with a bit of political commentary, there’s always Thatcher’s Techbase, a mod where former Prime Minister Margaret Thatcher has risen from the dead and you have to kill her.

With the rise of NFTs over the past year, it’s no surprise they would make their way to Doom in some shape or form.

Now, Doom mod creator Ultra.Boi has made a mod that lets you take photos of bored monkey NFTs in exchange for money. In the mod, you’re armed with a camera, and you need to point and shoot the NFTs in exchange for money. It’s pretty simple overall, but simple is sometimes best for satire. The monkeys obviously aren’t a fan of having their picture taken, so throw bananas at you to fend you off.

This unfortunately isn’t the first time NFTs have made their way to a video game. Ubisoft recently announced Ubisoft Quartz, which will allow players to purchase in-game, cosmetic NFTs. And the developers of Stalker 2 recently announced NFTs were coming to the game, before cancelling them after backlash.