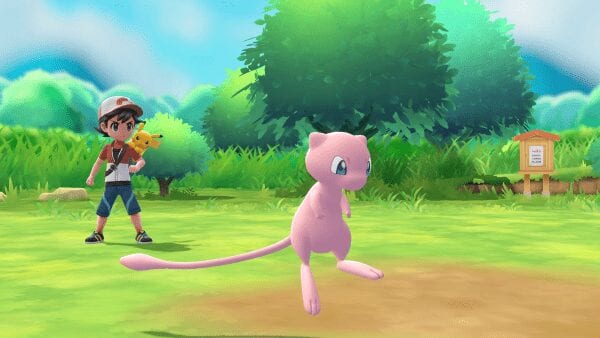 Nintendo may have brands other than Mario, Zelda and Pokémon, but let’s be honest, nobody cares about them. For younger gamers it’s often all about Mario and Pokémon. Since Mario games come out twice a year or so, it’s rare that we really get excited by one.

Don’t get us wrong they’re great but they are a dime a dozen. Now Pokémon games are a little more rare. That doesn’t necessarily mean they’re always good and long-term fans HAVE complained that the newer gen creatures just don’t have the same creativity and uniqueness the original few gens had. 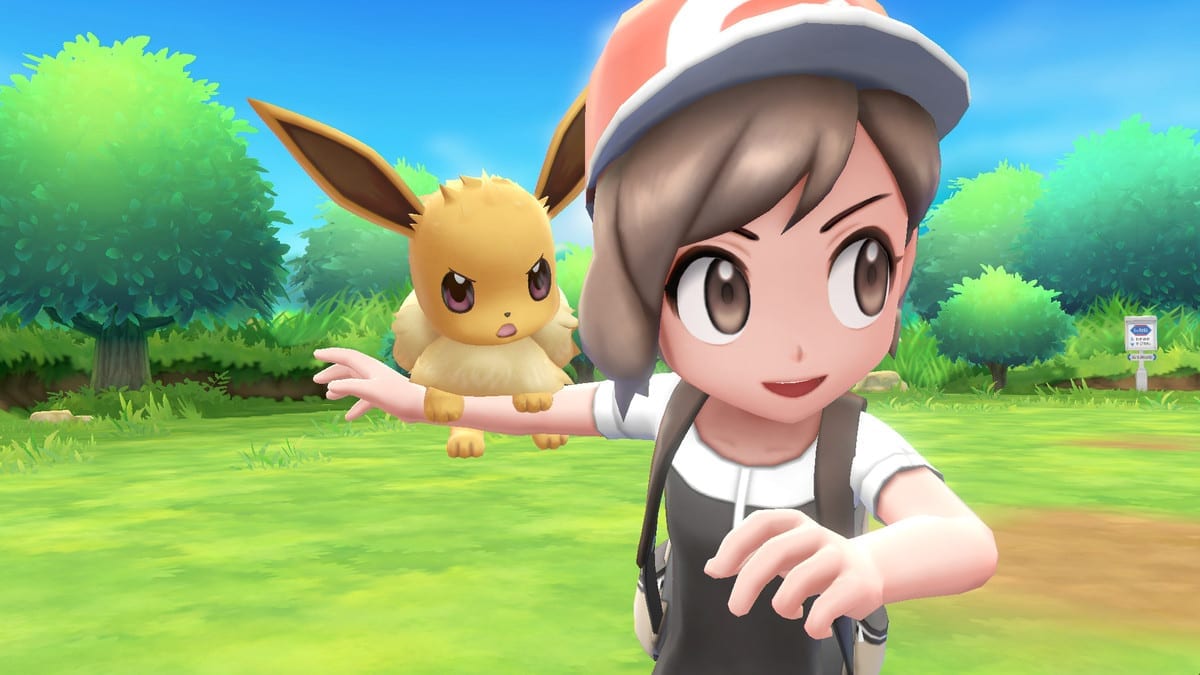 Well, some people just love Pokémon in general (yes we are among them, get over it). Despite this, we still can’t deny that the last Pokémon game that caused big waves…failed. Pokémon Go promised the world and delivered a small pebble. The game was lacking just about every feature imaginable and it took Niantic a whole year to finally add friends and trading. Even now, you can’t fight your friends and it’s annoying since we all had pretty high hopes for it.

Now Nintendo has promised us another new Pokémon game, one for their most recent console, the Nintendo Switch. Now obviously, this isn’t news. The game was announced ages ago, and we know it’s coming out later this year…and now we know more! 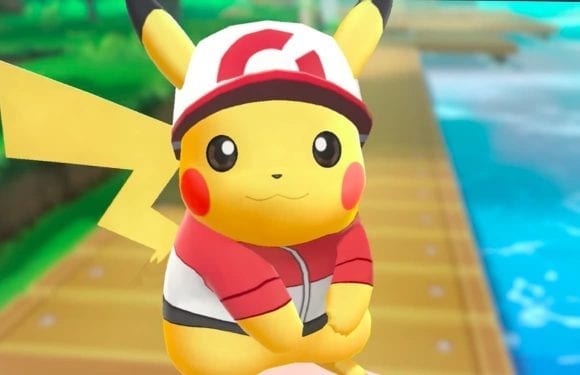 Well, to put it in a better way, they are named after the Pokémon that will follow the protagonist around in this remake of the original Pokémon Yellow. A press release on the two new games said “they feature brand new gameplay to make the most of the unique capabilities of Nintendo Switch, such as throwing Poke Balls to catch Pokémon by swinging Joy-Con controllers, as well as the opportunity for family and friends to battle and explore together in a new two-player mode.”

A Tweet from Nintendo Europe gave us something far more tangible than just mere platitutdes…a map and some promises. “In Pokémon: Let’s Go, Pikachu! and Pokémon: Let’s Go, Eeevee! players will be able to explore the Kanto region in a whole new way! Battle against fan-favourite Gym Leaders like Brock and Misty, customise your partner Pokémon, and battle and trade online!“

That’s a pretty tall order, especially given that fans won’t look kindly on them butchering one of the most beloved areas in the Pokémon world. The original Kanto map is still a fan favourite and we can’t help but feel nostalgic about it.

As for the map that came with the tweet: 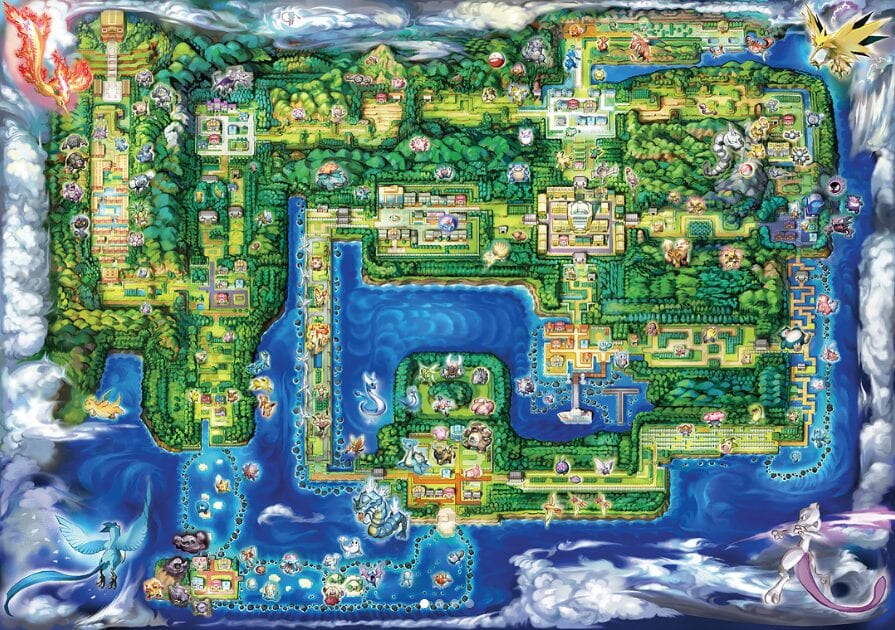 It shows us some interesting locations. We obviously expected to see most of the original 151 on the map, but there are some surprising additions. Not only is Mew on the map as well as all the other legendaries from that generation like Zapdos and Moltres, but also former starter Pokémon Charmander and its evolution are marked on there. They couldn’t be caught during regular gameplay before, and only gained via trading or by choosing it as the starter.

Bulbasaur is on the map too, and so is Squirtle – it’s going to be quite weird seeing them roaming around in the wild. All three of them and their evolutions are roaming around in different parts of the map, giving us the chance to finally get them all in one game, and without having to beg friends to restart with a new save file all the time – that is, those of us who didn’t just go and buy a second handheld with another copy of the game to get past the hassle of having to trade for the remaining starters. 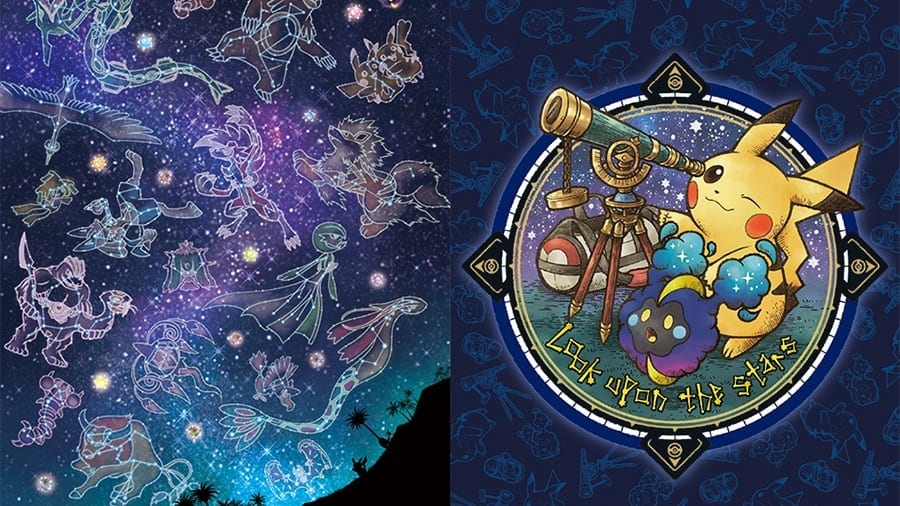 Come on guys, we know it wasn’t just us that did that, don’t even try and pretend. Anyway, as for the map, it is pretty comprehensive. The Pokémon on there seem to be well-spread out too, although we can’t help but hope that, in the end, there will be a little more of a mix of the little monsters. If there isn’t, well, then the new map will have whole areas where only a single Pokémon (as well as potentially its evolutions – are running around, and that doesn’t sound very fun at all.

The two new Pokémon games are definitely a big incentive for people to buy a Switch if they haven’t already – although there are also a few that don’t want to play the game for this very reason. Long-time fans fear that the newest iteration of the series will stray too far from what made the original games great, especially since Pokémon Go did, well, that exact thing. The Nintendo Wii U that came out before the Switch was also a big flop – while it once seemed that Nintendo could do no wrong, recent years have proven that both Nintendo and Pokémon aren’t mistake-proof.

Despite this, we are still hoping for the best with this one – after all, it IS a Pokémon game. How bad could it really be?