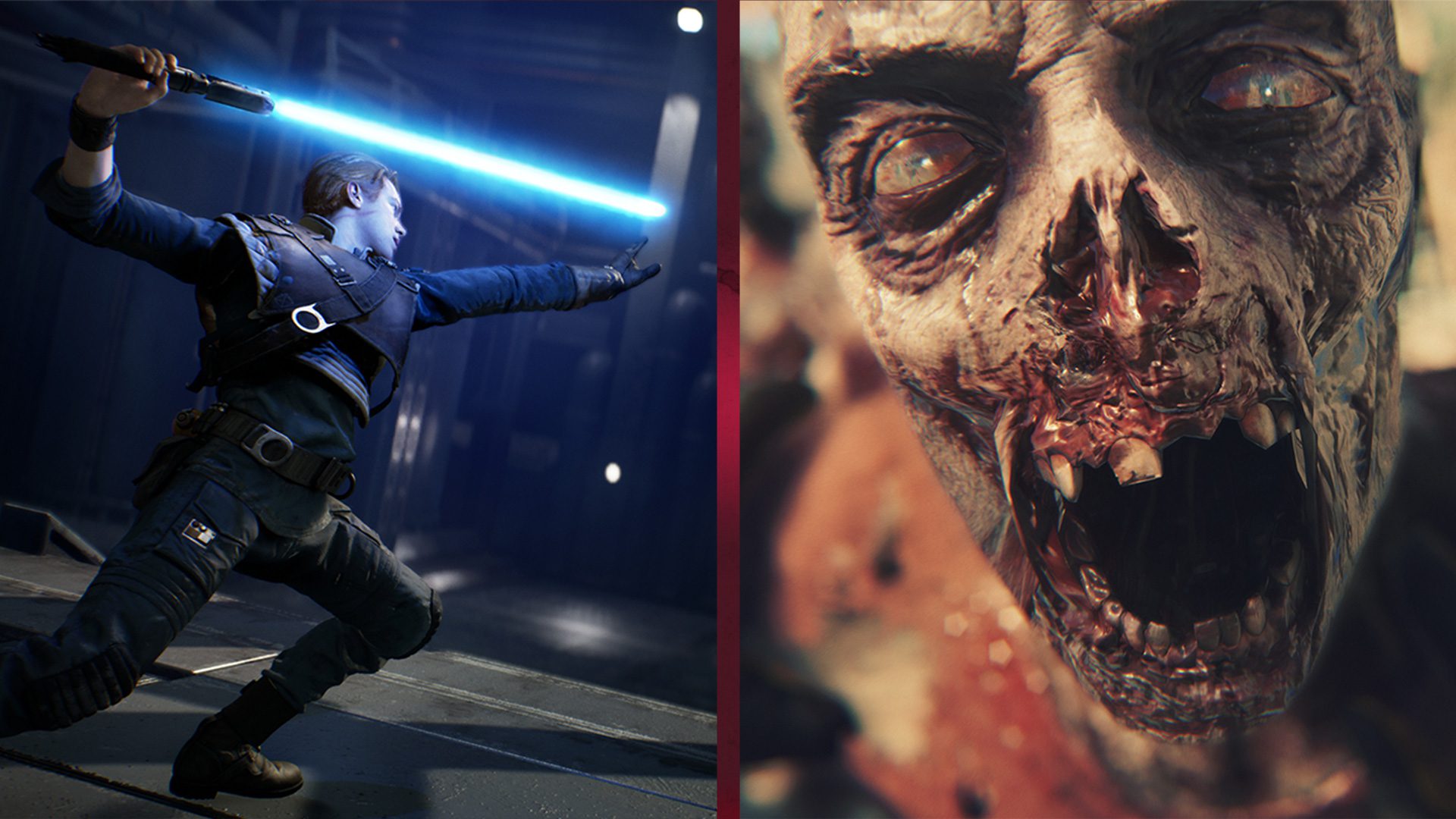 It can be difficult for us to grasp just how tricky games are to develop from the other side of the fence, but I gather that it’s pretty difficult. Constantly fighting with moving goal posts, differing creative visions, and competing with tight budgets just to try and hit release dates – it really is a miracle that any game gets made at all.

That’s why the concept of a release date is finicky for a lot of development teams. Announcing a game too early can run the risk of it getting delayed. Announcing it too late risks having details leak early. With that said, there are several games that we’ve seen glimpses of but seem to have been forgotten about.

Here are six games that we know exist, but currently don’t have any release dates.

It pains me to say it, but the reveal trailer for Dead Island 2 has recently celebrated its seventh birthday. After so many years with zero official gameplay, you’d be forgiven for giving up hope on this game ever seeing the (dying) light of day.

Over the years, the game has been passed down through the hands of several developers. It was initially meant to be built by Techland, which later left Deep Silver to create Dying Light under Warner Bros. Interactive. The team at Yager then picked up the pitch, though dropped the project in 2015 due to differing visions with publisher Deep Silver. Since then, the game has fallen through the hands of Sumo Digital, before landing where it currently resides with Dambuster Studios.

Last year, a playable build of Yager’s vision for the game leaked to the public. This saw a very lighthearted approach to gameplay with players mashing up zombies along the streets of Santa Monica. Aside from that, we haven’t seen any official trailers for the game. Deep Silver and THQ Nordic are adamant that Dead Island 2 is still in the works, but we’ve no idea when it’ll actually release just yet.

Imagine if you took the best parts of Assassin’s Creed IV: Black Flag and made an entire game out of them? That’s precisely the concept of Skull and Bones, a multiplayer game from Ubisoft that remixes naval combat into a competitive experience. First announced at E3 2017, the game seemed in a pretty good state at the time.

Sadly, reports indicate that development of the project isn’t going swimmingly. Earlier this year, Kotaku spoke to several staff members at the studio. They said that Skull and Bones has gone through several iterations with new creative leads coming and going. As such, the game is reportedly just entering the alpha phase, despite having playable gameplay demos back in 2018.

Currently, Ubisoft doesn’t expect Skull and Bones to release before the 2022 fiscal year. That means it could be released anywhere between April 2022 and March 2023. That’s a plenty long time since it was first announced, especially when you consider that a TV adaptation was also in the works in 2019!

If you felt like the gameplay of Arkham Knight could have been improved with co-op implementation, then Gotham Knights is for you. Developed by WB Montreal, the creators of Batman: Arkham Origins, Knights brings a unique twist to the tried and tested Rocksteady formula.

The campaign can be played as one of four heroes, swapping Batman for Batgirl, Nightwing, Red Hood, and Robin. While you take up one mantle, a friend can join you as another hero. Gotham Knights looks to bring RPG progression mechanics to the table, with players and enemies having visible health bars and level indicators.

So far, we’ve seen one gameplay trailer, released back at the DC Fandome last August. The game was supposed to release this year, but has since been pushed back to a vague window of 2022. It’s expected to make an appearance at the next DC Fandome event taking place in October. The new Suicide Squad game from Rocksteady will be there too, which is also slated for a 2022 release.

Are you looking forward to a brand new Mass Effect game? That’s a silly question – of course you are! Luckily, one is on the way. After a series of misses from once beloved studio Bioware, the team is being given one more chance at creating a new Mass Effect game from the ground up.

So far, EA and Bioware are keeping things cryptic. A tagline from the mysterious trailer reads that ‘Mass Effect will continue’, but that doesn’t clarify if it’s a sequel to the original trilogy, Andromeda, or something entirely new.

What we do know is that veteran developers have returned to Bioware to help make the project happen. Dusty Everman and Michael Gamble, who were both crucial in bringing the first Mass Effect game to life, are working on the new project.

Sadly, that’s about all we know about the new Mass Effect project so far. All we have to analyse is one short CG trailer, and that’s about it. There’s no release date or even release window planned, indicating that the project is still in its early days. Whenever it releases, we can’t wait to return to make new friends across the galaxy once again.

After years of EA exclusively holding the license to develop Star Wars games, Disney is finally letting other studios have a crack. Perhaps the most exciting of which is Ubisoft Massive, which you might recognise as the developer of The Division and the upcoming Avatar game.

Announced at the very beginning of this year, the game is set to be a story-driven, open world experience. To make matters more exciting, the game is confirmed to be developed in the Snowdrop engine – that’s the same one as The Division games. Snowdrop has created some of the most stunning looking environments of recent video games, including the stunning streets of New York and the kingdoms of Mario and Rabbids – no, I’m not having you on.

The idea of an open world Star Wars game built in the Snowdrop engine is enough to have any rebel scum foaming at the mouth. Sadly, we have absolutely zero clue as to when this project will see the light of day. Ubisoft is currently hiring for plenty of positions on the Massive website, including an Associate Producer. Like Mass Effect, it’s likely that this project is still in the very early stages of development. Still, I’ll wait for a long, long time if it means I can explore an open-world galaxy far, far away.

I’m being a bit cheeky with this one as there are no official confirmations that The Witcher 4 exists, but I want to believe it does. CD Projekt Red is certainly in a weird spot right now following the messy launch of Cyberpunk 2077. DLC plans for that game have been put on hold for now. A remastered release of The Witcher 3 is supposed to come this year, but is currently nowhere to be seen.

Despite these fumbles, we can’t forget the stunning job the team did with creating the previous Witcher games. The success of the games have elevated the popularity of the original novels, and are likely why the Netflix series exists.

It’d be prudent, then, to assume that the Witcher franchise is too popular to be left alone forever. Developers at CD Projekt Red seem to think so, too. Last year, CD Projekt president Adam Kiciński confirmed that plans for a new single player game had been laid down. He said that all future plans were either focused on The Witcher or Cyberpunk, and that development would begin as soon after Cyberpunk 2077 hit shelves.

The next Witcher game will likely take a new direction. Personally, I’d like to see more of Ciri as a Witcher. Playing as her in The Witcher 3 was a refreshing aside, and there’s plenty to be explored with her character. With that said, CDProjekt’s plans might have changed somewhat in the last 18 months. However, we can still hold out hope that we’ll return to the world of the Witcher soon enough.

Which other games are you looking forward to that don’t yet have a release date? Let us know across our social channels.