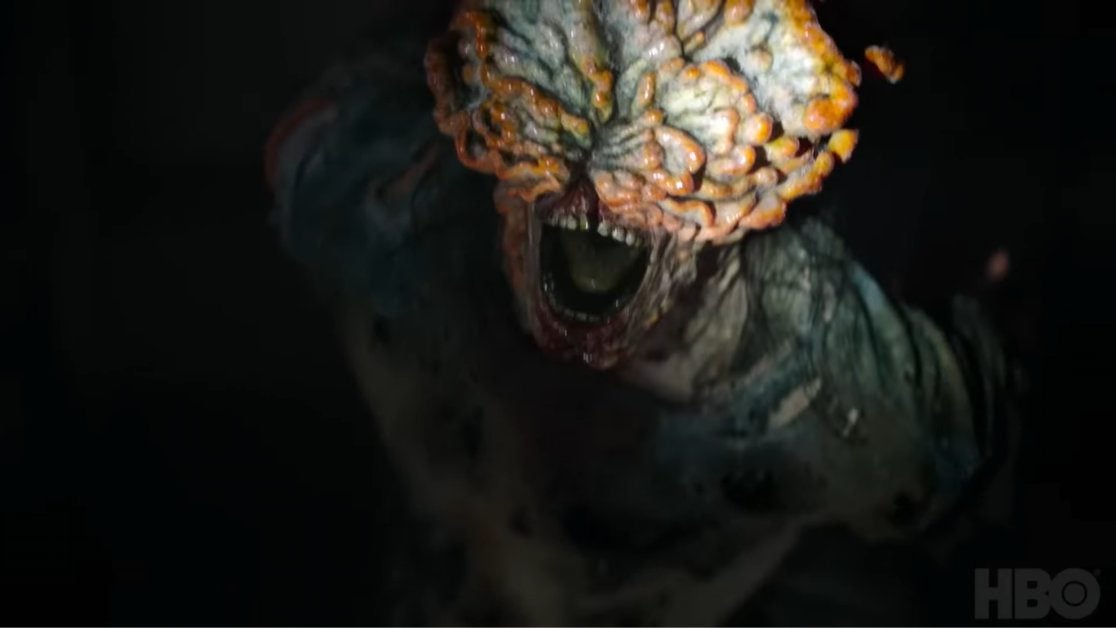 The Last of Us teaser trailer for the upcoming HBO Max series has finally dropped and it got Naughty Dog fans buzzing with excitement.

In August, we got our first tease of The Last of Us TV series in a “Coming to HBO Max” trailer. However, it only featured a brief 20-second clip of the video game adaptation.

Thankfully, we now have a proper first proper teaser trailer to go off.

The trailer opens with “Alone and Forsaken”, a track from Hank Williams. This track was also used in The Last of Us Gamescom trailer in 2012.

The trailer then treats us to shots of Fireflies graffiti, presumably in Boston, Massachusetts, a quarantine zone in which Joel (Pedro Pascal) and Tess (Anna Torv) reside.

Throughout the trailer, we see plenty of references from the original game. However, as Naughty Dog chief, Neil Druckmann said back in August 2021, some moments of the HBO series will “deviate greatly” from its video game source material.

Some of the highlights taken from the first teaser trailer are seeing Joel, Tess and Ellie (Bella Ramsey) hiding from the militia en route to smuggling Ellie to the Fireflies.

The Last of Us trailer is packed with info

We also get to see Bill (Nick Offerman) being paranoid watching CCTV of his booby-trapped town.

Marlene (Merle Dandridge) also makes an appearance in The Last of Us trailer as does Tommy (Gabriel Luna), Joel’s brother. You see them both stare intensely through flames.

The museum also features Joel, Ellie and Tess desperately trying to avoid a nearby Clicker.

Elsewhere, we get our first glimpse at Riley (Storm Reid) and that charming carousel scene from the Left Behind DLC.

The Hunter Humvee, which stalks Joel and Ellie, as well as Sam (Keivonn Woodard) and Henry (Lamar Johnson) can also be seen.

Finally, the prologue will also play a role when all hell breaks loose in Joel’s small home town in Austin, Texas.

All in all, for a trailer that was less than two minutes, it was certainly packed with a lot of information. So much so, that it’s worth watching a few times over just in case something was missed.

When is The Last of Us HBO series release date?

At this time, HBO and Naughty Dog have only provided a tentative 2023 launch window.

The tv series is co-written and produced by Craig Mazin (Chernobyl) and Neill Druckmann.