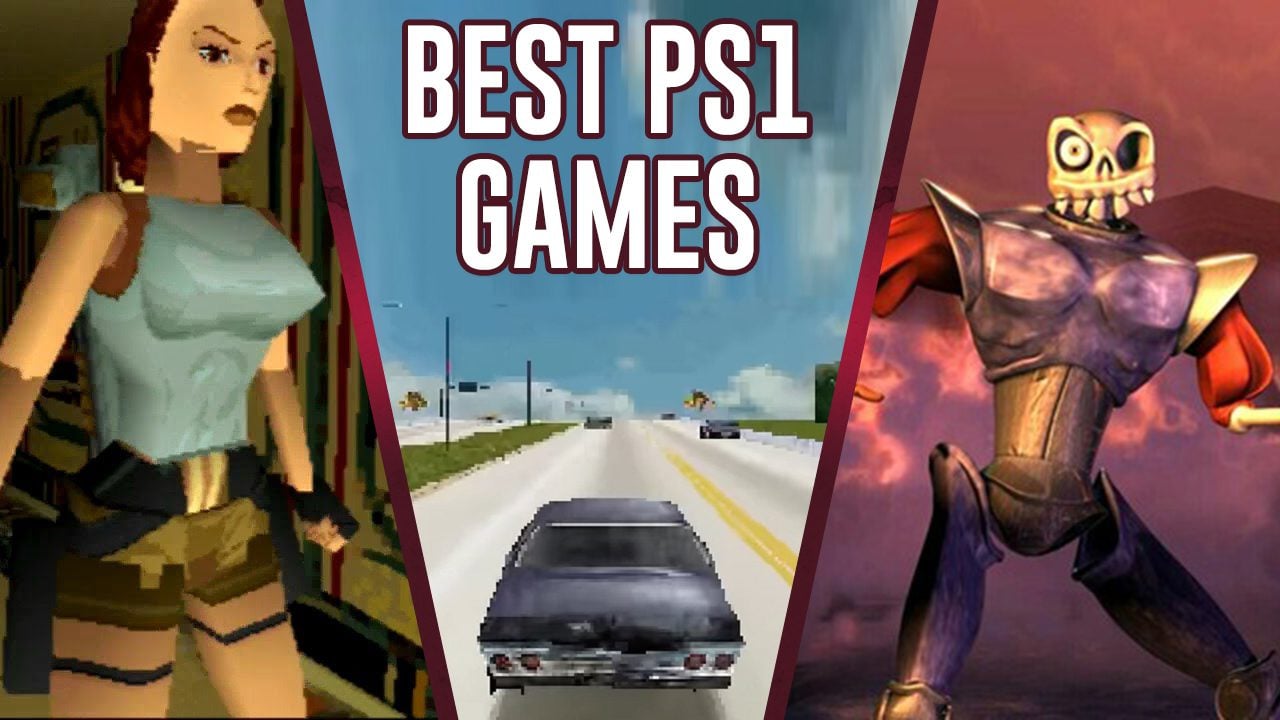 What are the best PS1 games of all time? Gaming in the ‘90s was quite a surreal experience. At the beginning of the decade, most titles had only started to tinker with very basic 3D gameplay and graphics. But by 1999, 3D was everywhere. This brand new format for video game design was exciting. It allowed developers to try new things that simply weren’t possible with 2D.

For the Sony PlayStation (commonly referred to as the “PS1”) specifically, many iconic titles that utilised this design philosophy were released as exclusives on this platform. And for anyone who grew up in the ‘90s, it’s likely you were a PS1 kid and had played many of these titles. So what are the top 10 best PS1 games of all time? Here’s our list.

BEST PS1 GAMES OF ALL TIME

Although it wasn’t the first game in the series, Metal Gear Solid was an early pioneer of the stealth genre and made Hideo Kojima a household name within gaming circles. Metal Gear Solid encourages you to be sneaky to get through sections rather than violent, and would go on to inspire countless stealth titles that also incorporated these elements. The game also came at a time when 3D graphics were becoming more commonplace due to the hardware capabilities of the PlayStation, and this also allowed Kojima to utilise the game’s cinematics in a movie-like way.

While the first Resident Evil game is the perfect introduction to ‘90s horror games, its sequel is where the early series really found its form. Resident Evil 2 took the intimate, tight-knit corridors and halls of the first game and expanded it to new locations with a much higher variety in enemies and bosses. That’s not without mentioning how the game also includes two different scenarios for each character, with each of Leon and Claire’s stories changing depending on which order you play them in.

I have to respect driving games that are all about keeping you behind the wheel, not distracting you with on-foot sections and long cutscenes. 1999’s Driver understands this, and keeps you inside a car at all times during gameplay. Inspired by car chase films such as Bullitt, The Italian Job, and The French Connection, Driver is all about adapting the thrilling feeling the set pieces in those films elicited. The controls find a balance between going full arcade and completely realistic, which allows it to feel like a cinematic experience. What I found particularly enjoyable about these games were the various minigames, such as survival which pitted you against an endless onslaught of police.

Another contender for best PS1 games that understand 3D game design well. Tomb Raider’s graphics, level design and controls were considered revolutionary at the time. Due to natural aging, the game obviously doesn’t hold up as well these days. The platforming and sound design doesn’t seem as great as it did in my head. However, it still easily stands out as an iconic game of the 1990s that spawned countless sequels, movie adaptations and millions of cosplay ideas across the globe. When you think about iconic video game characters, Ms. Croft is one that hits the top of many people’s lists.

Often claimed by many to be one of the best PS1 horror games of all time, Silent Hill follows everyman Harry Mason as he searches for his daughter in the eponymous cursed ghost town. While it’s often compared to the Resident Evil series, which had big scary monsters and action-oriented gameplay, Silent Hill’s scares come from psychological elements and a distressing atmosphere. One needs to only see the town’s fog-ridden streets and dark industrial otherworlds to experience just how effective the atmosphere sends a chill down your spine.

Be sure to check the next page for five more of our favourite best PS1 games! Be sure to also check our list of the best PS5 games to play right now!